The incident happened on Wednesday. 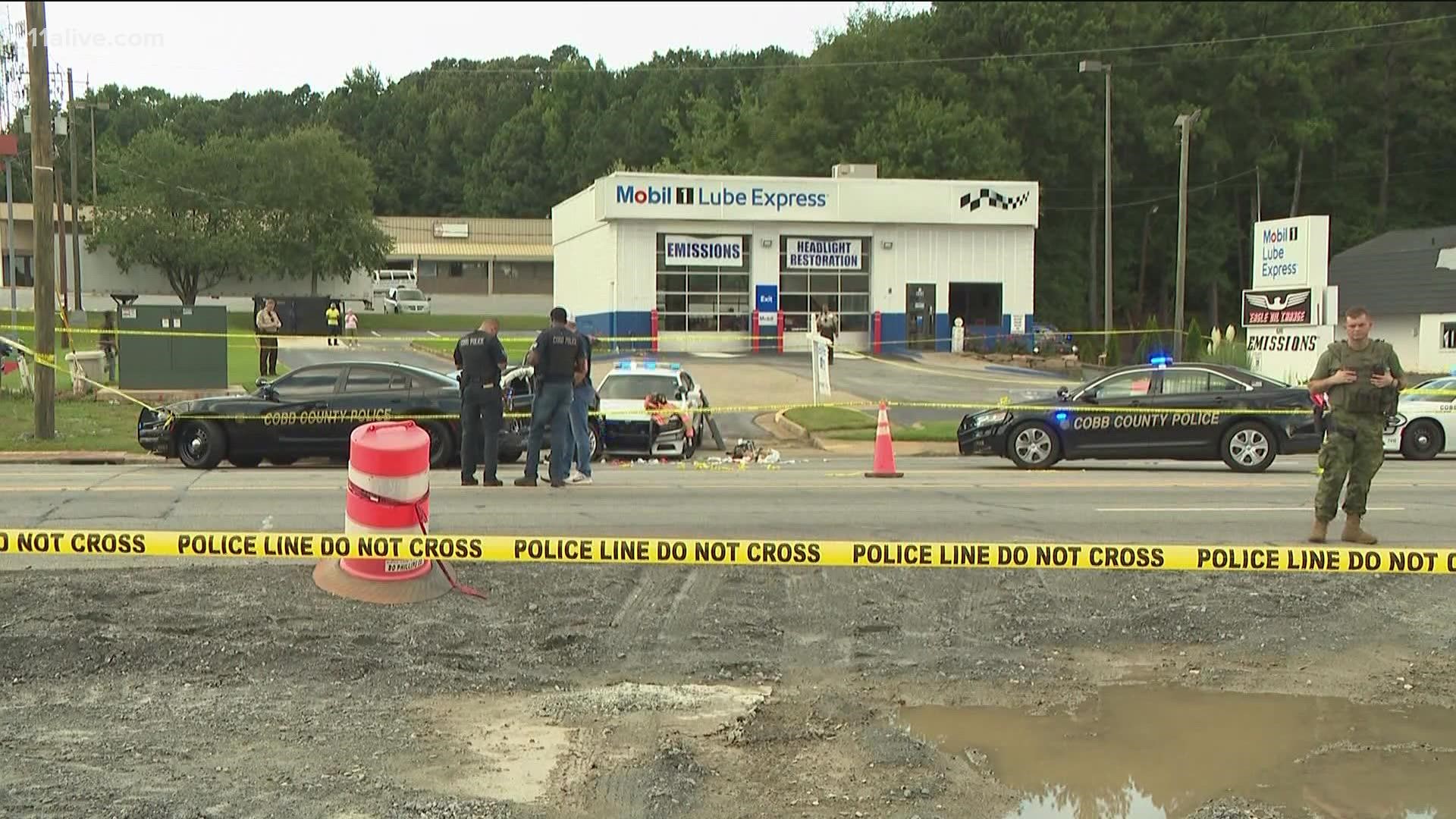 COBB COUNTY, Ga. — The Georgia Bureau of Investigation on Thursday released the identity of a man who was shot and killed the day before at the end of a police chase in Cobb County.

The GBI said Devonte Dawayne Brown, 28, of Austell "refused to comply and sped away" after initially pulling over for a traffic stop.

Cobb County Police spokesperson Sergeant Wayne Delk initially said Wednesday that preliminary information revealed an officer attempted a traffic stop on a stolen vehicle. However, the car was not stolen, and Chief Tim Cox later clarified the reason the driver, now identified as Brown, was pulled over was due to erratic driving.

RELATED: Cobb Police: Driver killed after being shot by officer, crashing into cars during chase

Video posted on the @atluncensored Instagram account shows four law enforcement vehicles were able to surround the driver and his car on Powder Springs Road in Marietta, boxing him in. The driver tried to pull forward and back up, repeatedly, bumping into the surrounding cars, as if trying to get away.

The GBI account also notes that, "During this incident, Brown attempted to get away and hit multiple police vehicles."

The video shows law enforcement officers draw their weapons and aim them at the driver. Then an officer fires what sounds like 12 rounds at the driver.

According to the bureau, he was taken to a hospital where he died.

The GBI said one officer had "non-life-threatening" injuries after being struck by Brown's car. The bureau did not say if that officer had required hospitalization.

A handgun was recovered in the car. Neither Cobb Police nor the GBI suggested it played a role in the incident.