The building, on United Avenue in Southeast Atlanta was pelted by rocks, fireworks and spray paint, according to a DPS spokesperson. 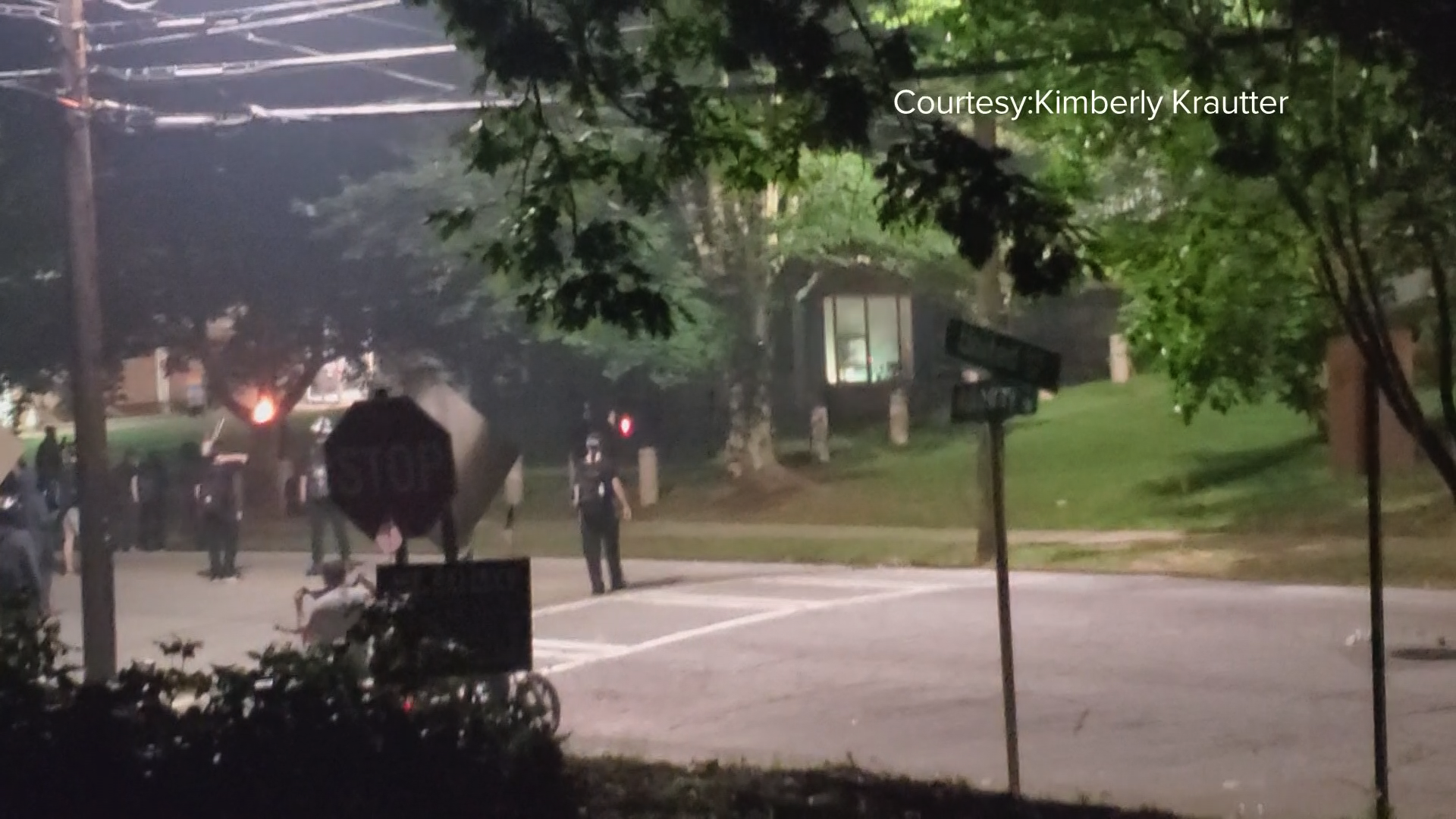 ATLANTA — A group of protesters vandalized the Georgia Department of Public Safety headquarters building on United Avenue in southeast Atlanta, early Sunday morning, according to the Georgia State Patrol.

According to a report from the Lt. Stephanie Stallings with the Georgia State Patrol, the group, numbering between 60 and 100 people, showed up at the facility at about 1:05 a.m.

Stallings said the group was wearing dark-colored clothing and many of them were wearing masks.

She said the group was armed with rocks, spray paint and fireworks and caused damage to windows on the front of the building.

In addition, Stallings said, the group damaged a DPS vehicle parked in front of the building and spray-painted heavily in several places.

RELATED: July 4th: A day of liberty, a day of protest

She said that fireworks were thrown through one of the windows into the building, causing a small fire in one of the offices.

11Alive's Nick Sturdivant said Sunday morning that he saw two people -- a man and woman taken into custody, but it was not known if it was in connection to the overnight incident.

The Georgia State Patrol said in a report early Sunday morning that they have not arrested anyone in connection with the incident.

Speaking to 11Alive, a witness, Kimberly Krautner, said she saw what she estimated to be about 35 people marching down United Avenue, accompanied by drummers and about a dozen or so others on motor scooters.

Krautner said that as they approached the DPS headquarters building, the group began to toss fireworks onto the lawn.

"But then, I heard the glass breaking," she said.

Krautner said she saw some of the fireworks being tossed into an office on the front side of the building and flames coming from inside the building.

According to Stallings, DPS personnel who were present were able to put the fire out.

Two employees were treated for smoke inhalation from the fire, she said.

RELATED: 'I'm in your house' | Armed group condemns systemic and overt racism, marches to Stone Mountain

The GBI is investigating the incident along with the Department of Public Safety's Office of Professional Standards.

Juvenile shot near Downtown Connector dies from injuries at hospital