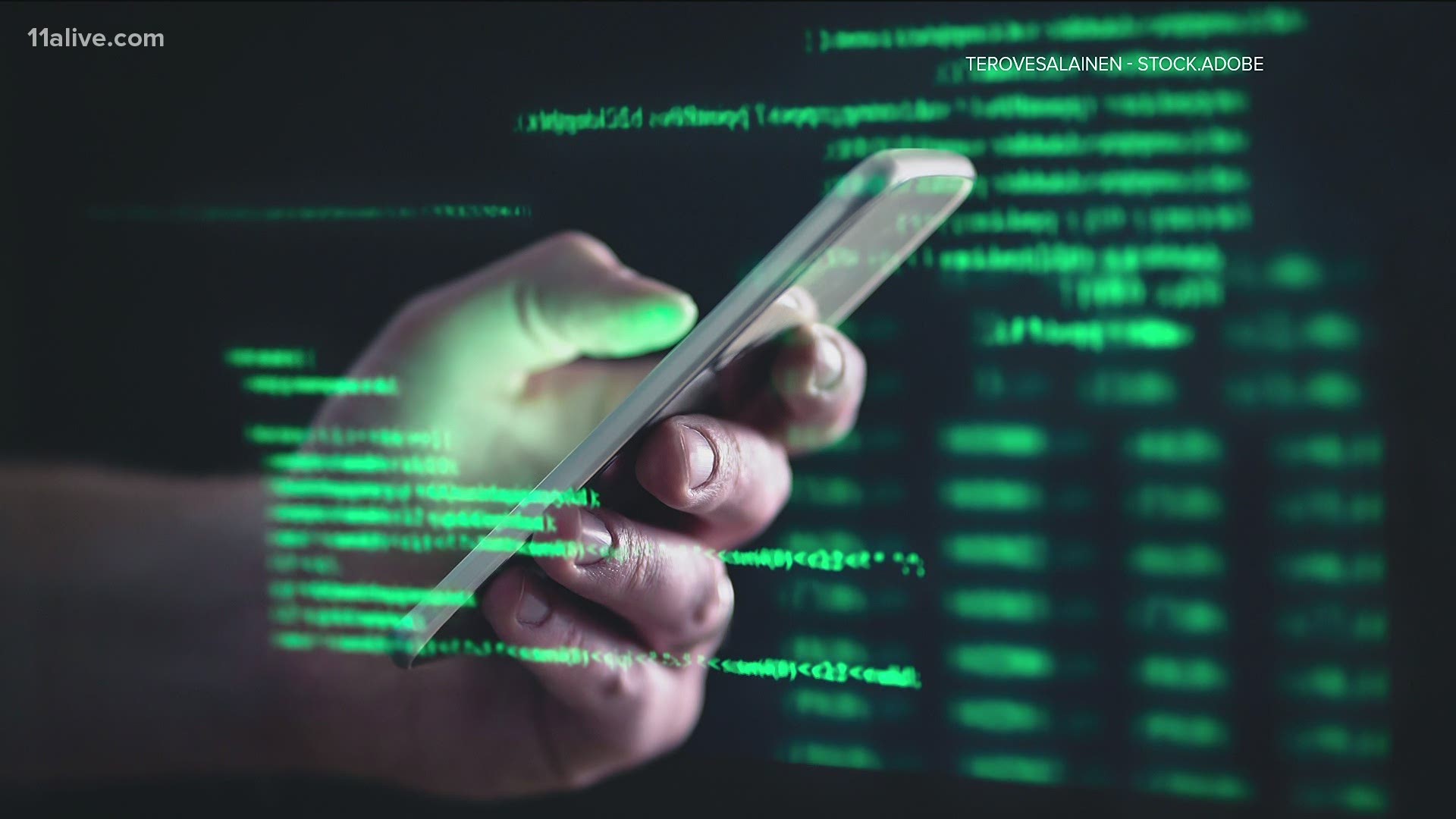 AG Chris Carr said in a release that his office has been receiving reports of at least three different types of scams, and said "consumers should be very wary of unsolicited text messages, emails and phone calls."

One of the scams involves a fake order confirmation, with people receiving phone calls claiming to be from a big retailer such as Walmart, Costco or  Target saying they've recently made a purchase "for a big-ticket item totaling several thousand dollars."

The AG describes people being told they're to expect a shipping confirmation and then an automatic charge to their credit card on file. The message asks them to call a phone number if they did not make any such transaction or wish to question or report it.

But, the way the scam goes, "if you dial the number, you will likely be asked to provide your account credentials or payment information so that your account can be 'credited.'"

"The scammers will then use that information to steal your money or commit identity theft. This scam can also occur via email or text message," Carr's release said.

It cautions that you should not, under any circumstances, call a number provided in this kind of message or click on a link if sent through a similar sort of email.

"Instead, log-in to your online account with the retailer, or contact the company through a verified telephone number or website to see if, in fact, there was an unauthorized charge made to your account," the attorney general's release states.

People are asked for payments - "usually via wire transfer, gift cards or prepaid cards" to cover the taxes or handling fees on their "winnings."

"First and foremost, consumers should know that if you are asked to pay money to collect a prize, no matter what the reason, it is a scam," the Georgia attorney general says. "Being asked to wire money or pay via gift cards or prepaid cards is another red flag of a scam."

Lastly, Carr warned of a raffle scam involving Amazon AirPods as a supposed prize. People have been sent text messages claiming to be from Amazon, providing a link asking for more information so they can claim their "prize."

"Do not click on the link," the attorney general warns. "Doing so could load malware onto your device or lead you to a phishing website that prompts you for personal information, such as your Amazon login and password."

“Scammers may try to gain your confidence by posing as a legitimate company or government agency,” Attorney General Carr said in a statement. “Consumers should be very wary of unsolicited text messages, emails and phone calls and avoid providing sensitive information, clicking on links, or downloading file attachments unless they know for a fact that the sender or caller is who they claim to be.”