After chasing away attacker, Georgia native wants Asian community to know they have support

The Good Samaritan said he hopes the Asian community knows there are people that "will come to their aid." 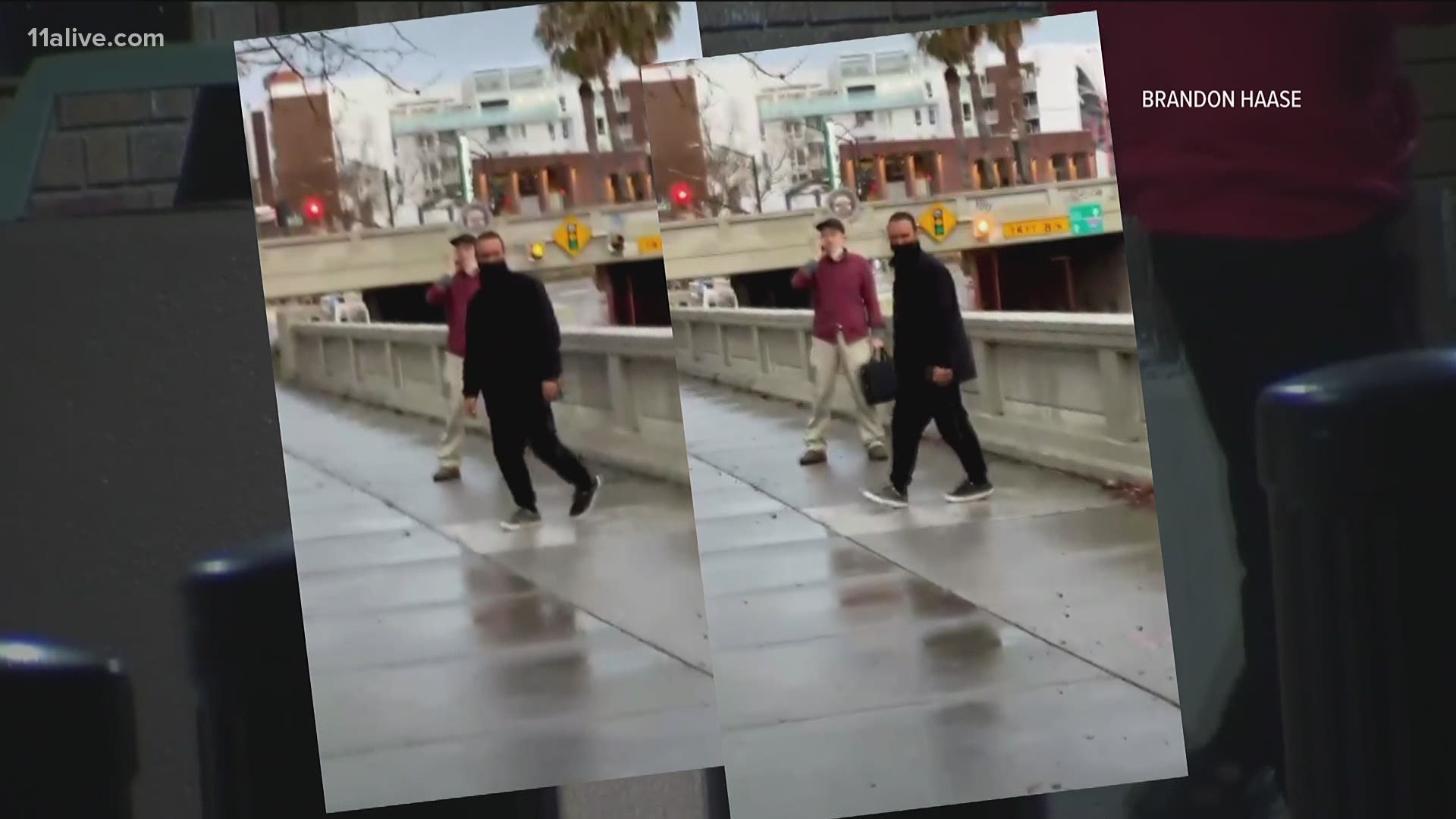 SANTA CLARA COUNTY, Calif. — Brandon Haase, a Georgia native, was traveling for work in San Jose, California on March 10. As he was transferring trains at a commuter station, he heard screams.

“I saw a woman on her back, down on the ground, with a man crouching over here and he was hitting her with what looked like a closed fist," Haase said. "He was ripping her head back and forward, holding her hair. He was yelling ‘F you Asians.’ I can’t believe what you have done.”

Angry and shocked, Haase approached the man, telling him to get on the ground. When the man took off, Haase chased him.

“I chased after him through the streets right behind him, always keeping an arm’s length distance from him so that he couldn’t lunge at me.”

The victim’s boyfriend, who had just dropped her off at the station and heard her screams over the phone, returned and gave chase as well. Eventually, police caught up with the trio.

“I can’t explain to you how great it is to hear the handcuffs latch behind him when the policeman came up. I was immediately relieved,” said Haase.

An Atlanta native, Haase would be devastated days later to hear eight people, six of them Asian women, were killed in separate shootings across the metro.

“I'm so shocked. It's beyond processing,” he said.

Hasse reached out to 11Alive to share the story - not for kudos, but to let the Asian American and Pacific Islander (AAPI) community know one thing.

“There are people out there helping the Asian community and will come to their aid," he said.

Since the shootings, countless individuals have taken strong stances against violence directed towards the AAPI community. Hours after the deadly attack, Reverend James Woodall, president of the Georgia NAACP tweeted, “Any attack against our AAPI neighbors is an attack against all of us.”

Woodall later followed up with, “When #BlackLivesMatter organized around the unjust murders of countless Black men and women around Georgia, they were there.”

The support of the communities went even further, with a GoFundMe account created for the sons of one of the victims, Hyun Jung Grant (maiden name Kim), raised nearly $1.6 million in less than 24 hours from more than 42,000 people.

“The world is behind you,” Angie Tran wrote under her donation.

Under Seung Min Lee’s donation, were the chilling words: “It could have been my family.”

Randy Park, one of the sons, responded to the community’s generosity, writing, “I can’t believe you guys exist.”

Nothing can bring back the lives that were brutally stolen, but several communities are banding together to send a strong message. No hate or violence will be tolerated.

Haase, a white man, said he will always be present “to support the Asian community, in protecting them physically and helping them emotionally recover from this tragic event.”

In addition, Haase pledged to learn more about the AAPI community, their experiences and said he plans to donate to Asian-American organizations.

The suspect that Haase helped chase was charged with intent to commit rape and assault with force. The DA’s office in Santa Clara County added hate-crime enhancements to the charges.