These are the 3 officers shot during the Carroll County chase

They range from officers just out of college to a sheriff deputy with more than 30 years of law enforcement experience. 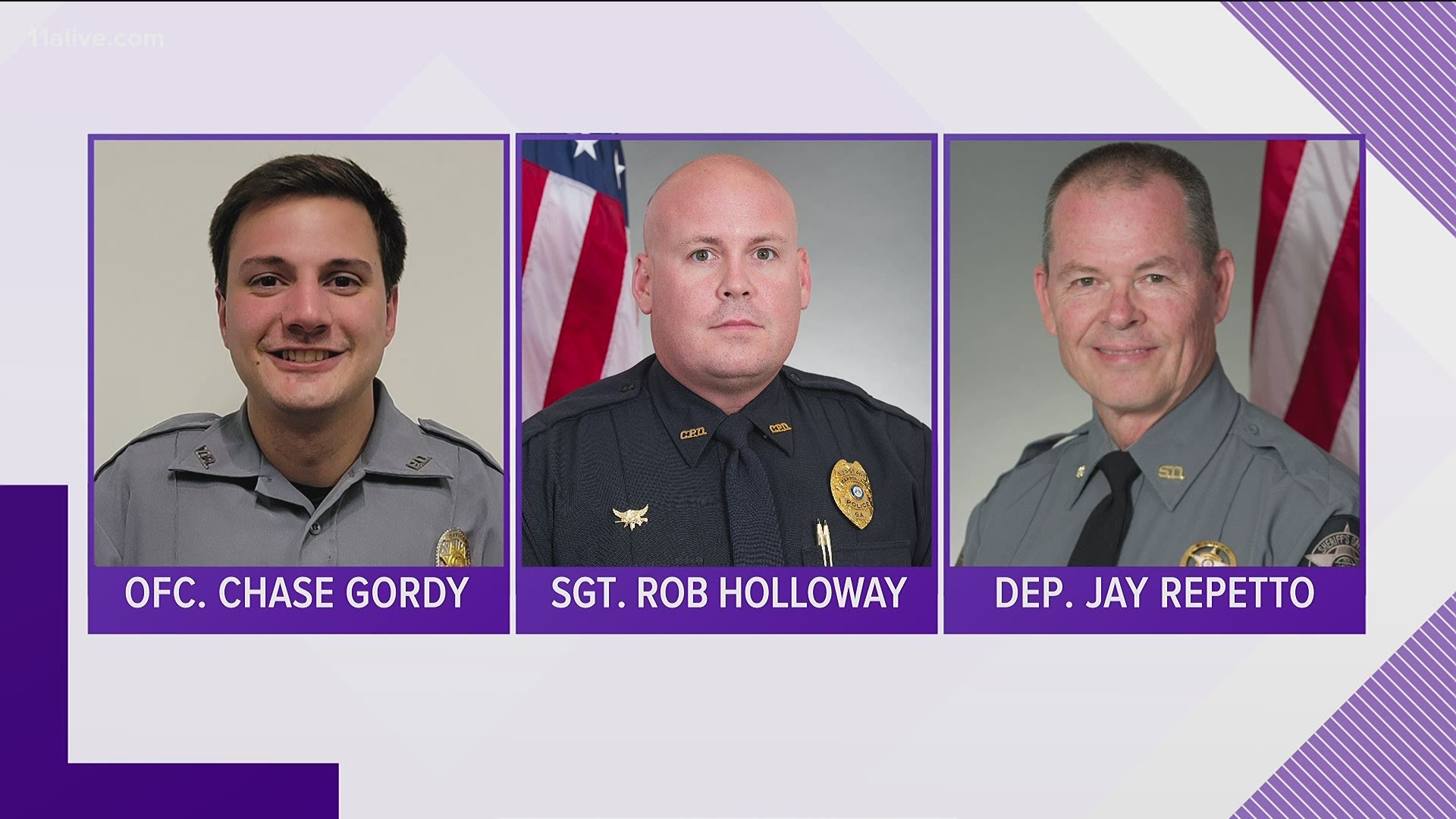 CARROLL COUNTY, Ga. — The Georgia State Patrol said they attempted to stop a vehicle traveling 111 mph on Interstate 20 Monday morning when the suspects began firing at the trooper. A chase ensued through neighboring cities where a total of three law-enforcement officers were struck by gunfire.

This is what we know about the three officers injured:

Holloway was the first police officer on the scene after the state trooper's vehicle became disabled after it was shot at. His captain said after he was shot, he struck a utility pole and was air-lifted to an Atlanta hospital where he was undergoing surgery.

He has completed 2,746 hours of state certified training since 2007.

Villa Rica was the next jurisdiction involved. When the suspects crashed, they ran before opening fire at Officer Chase Gordy.  Gordy returned fire, but was struck twice by gunfire. He was taken to Grady Hospital in Atlanta.

A Facebook post from the department shared images of Gordy being sworn into office in September last year. According to records, he was hired by the department in June of 2020. They said he was a recent graduate from the University of West Georgia and completed training at the GPSTC Police Academy in Rome.

Deputy Repetto was shot in the arm at the end of the chase when the sheriff's office became involved. He was taken to the hospital and has since been released.

Repetto has worked for 10 total law enforcement agencies dating back ti 1980 when he started his career with the Georgia Tech Police Department, according to documents obtained by 11Alive. He has been the Deputy Sheriff in Carroll County since April 2018, according to a Facebook profile. It says he served as a police chief in Temple, Georgia for almost five years. Has recorded 4,105 hours of state certified training since 1981.