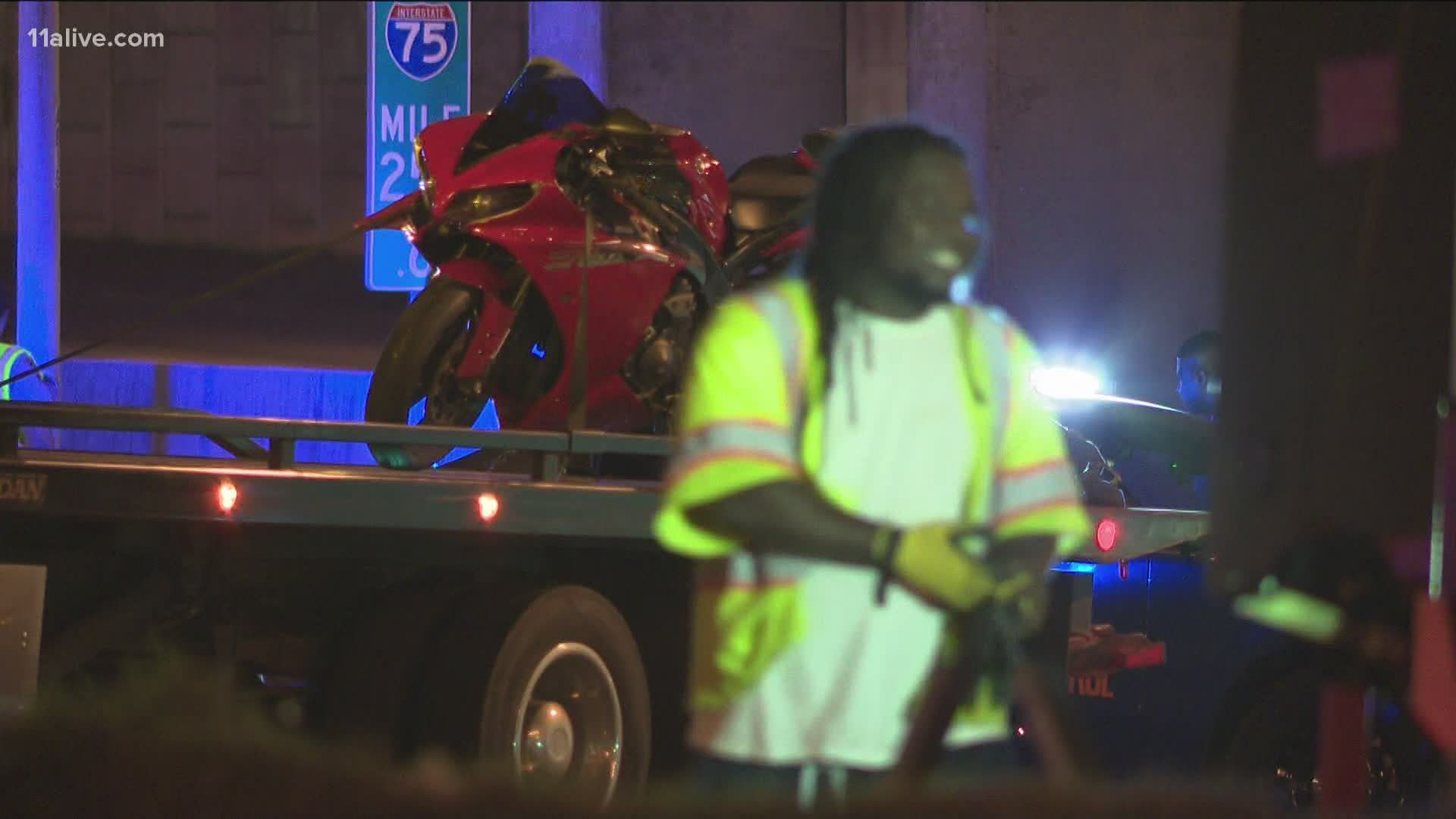 According to GSP, the incidents began just before 2 a.m. as a trooper and Motor Carrier Compliance Division officer were working in the construction zone on the I-75 South ramp to I-85 North.

Their vehicles had emergency lights activate d and were blocking the road when a Hyundai Accent "struck the Georgia State Patrol car on the rear passenger fender and door and then continued forward also striking in a side swipe manner the MCCD vehicle."

GSP said the trooper was injured, but did not need to be taken to the hospital, while the MCCD officer was unhurt. The driver of the Hyundai, who was suspected of DUI, was taken to Atlanta Medical Center.

A second trooper who'd responded to that scene was then hurt when his vehicle was struck by a motorcyclist, GSP said. The second trooper also did not need to be taken to the hospital, while the person driving the motorcycle was taken to Grady Hospital.