A witness on the scene told 11Alive that he heard at least four or five shots from what sounded like a semi-automatic weapon. 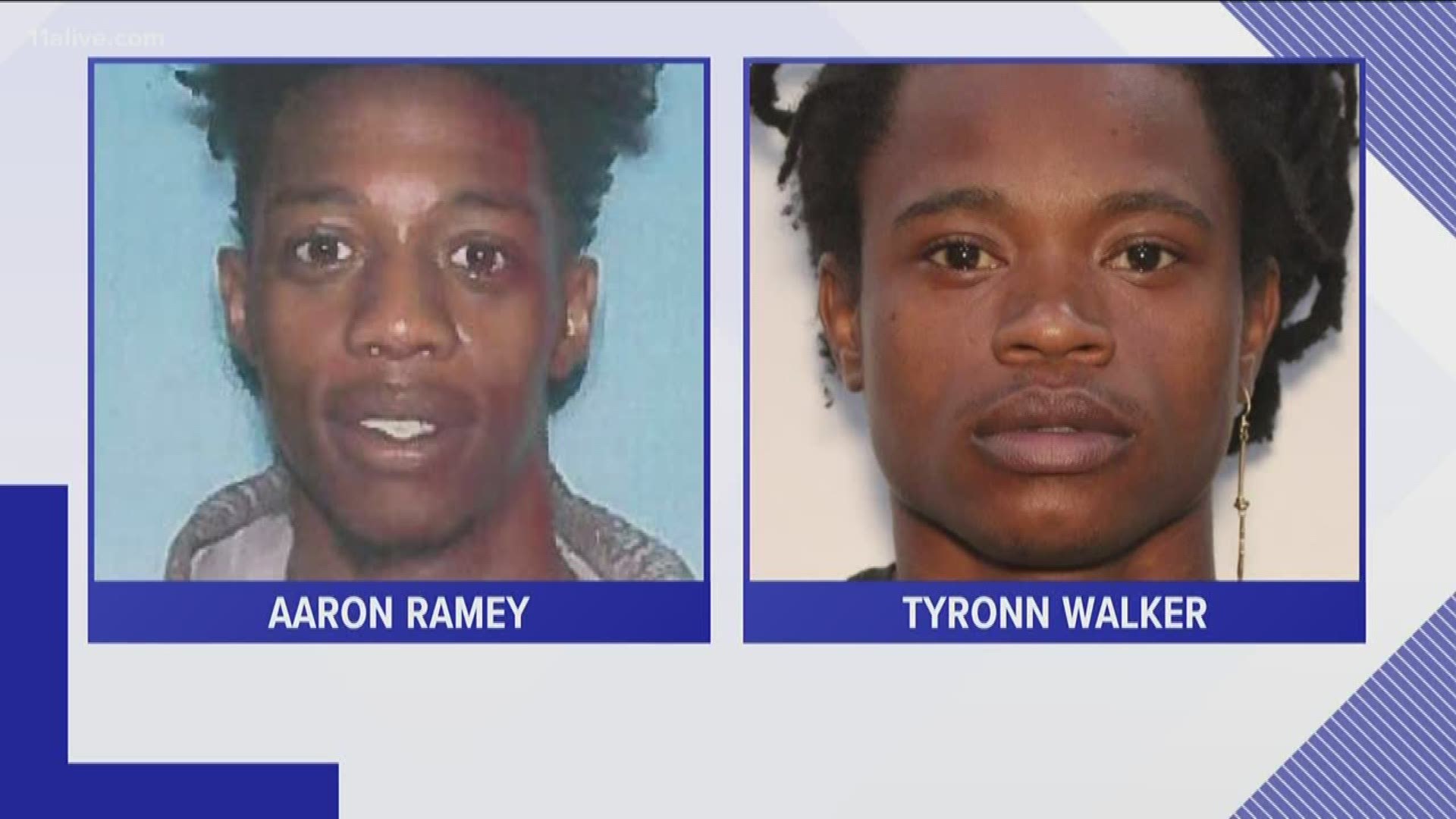 DEKALB COUNTY, Ga. — A 4-year-old girl was shot while laying in her upstairs bedroom at a DeKalb County apartment complex Thursday morning. Now, two people have been arrested and charged.

Police said a stray bullet went through a wall at the Eastwyck Apartments off Candler Road around 3 a.m. and hit the toddler in the foot.

A witness on the scene said that he heard at least four or five shots from what sounded like a semi-automatic weapon. The person, who wished to remain anonymous, said he looked out the window and saw a grey Dodge car coming up the street.

"Just as I realize it was a Dodge, I see muzzle fire ... seems like it was a fully automatic weapon they were using," the person explained.

Another witness confirmed these sentiments and said she saw two men run away and a car drive away from the scene. She claimed there were several small children in the apartment at the time and the guardian discovered the little girl had been shot the moment she spotted blood on the floor.

The little girl was taken to a local hospital where authorities said her foot may have to be amputated.

Police had been offering a $10,000 reward for information in the case. Shortly before 10 p.m., DeKalb County Police confirmed they had made two arrests in the case - Tyronn Walker, 24, and Aaron Ramey, 25.

Police said the suspects were outside with a "number of individuals" when they got into an argument and started shooting at each other. Both are now charged with aggravated assault.

One neighbor told 11Alive's Nick Sturdivant that another young girl was shot in the complex not too long ago.