Grandma Justice: A woman's love for her granddaughter lands her son and his girlfriend in jail

GWINNETT COUNTY, Ga. — A grandmother’s battle to protect her 8-month-old granddaughter has landed her son and his girlfriend in jail – and she believes that’s where they belong.

“This child has been abused and I’m going to report it,” said Rhonda Bennett, recalling the moment she met her granddaughter, Yani, for the first time. “I said, 'Oh my God she’s been hit in the face.' I started looking at her stomach … the bruises looked indicative to like maybe a belt wound.”

That was the same day Bennett's son, Marvin Adkinson, called her for help after a domestic dispute with his girlfriend, Jazmine Hinson. Adkinson was arrested for domestic violence against the girlfriend. Bennett and her husband took in Yani for the night and, convinced the child had been abused, went straight to the doctor.

They discovered Yani had a skull fracture and old bruises and signs of broken bones that were never treated. There were also unexplained marks around the child’s groin area and she was severely underweight. Bennett said that she made calls for weeks to get the child help – she called the Division of Family and Children Services, police and any one else that could help.

A doctor treats Yani at the hospital after she was found to have suffered from a skull fracture and broken bones. Yanni's parents have been arrested for child abuse.
Rhonda Kay

She said investigators built a case but Hinson showed up at Bennett’s home with police officers to get her daughter back. Even then, the grandma said she couldn’t back down from protecting the baby.

“This is my granddaughter and she has been almost murdered and she is not leaving here tonight,” Bennett recalled telling officers. She demanded that the police call their supervisors about the background on the case. That night, Yani stayed with her grandmother.

Hinson and Bennett’s son were arrested.

Bennett recorded video as Hinson and Adkinson were both charged with child cruelty.

Seeing her son's girlfriend in handcuffs, she said one thought came to mind: “You monster. How could you?”

Bennett doesn't believe that her son harmed baby Yani, but she holds him responsible for missing the warning signs.

“Had I not reported any of it, she would have been able to come pick the child up (that day) and the baby would be dead today,” Bennett said. “She would be dead.”

Hinson and Adkinson were denied bail and will likely remain behind bars until their trials, Bennett said. Baby Yani is still living with her grandma, who she calls "her honey."

Bennett has temporary custody of Yani and is working to get permanent custody through the courts. 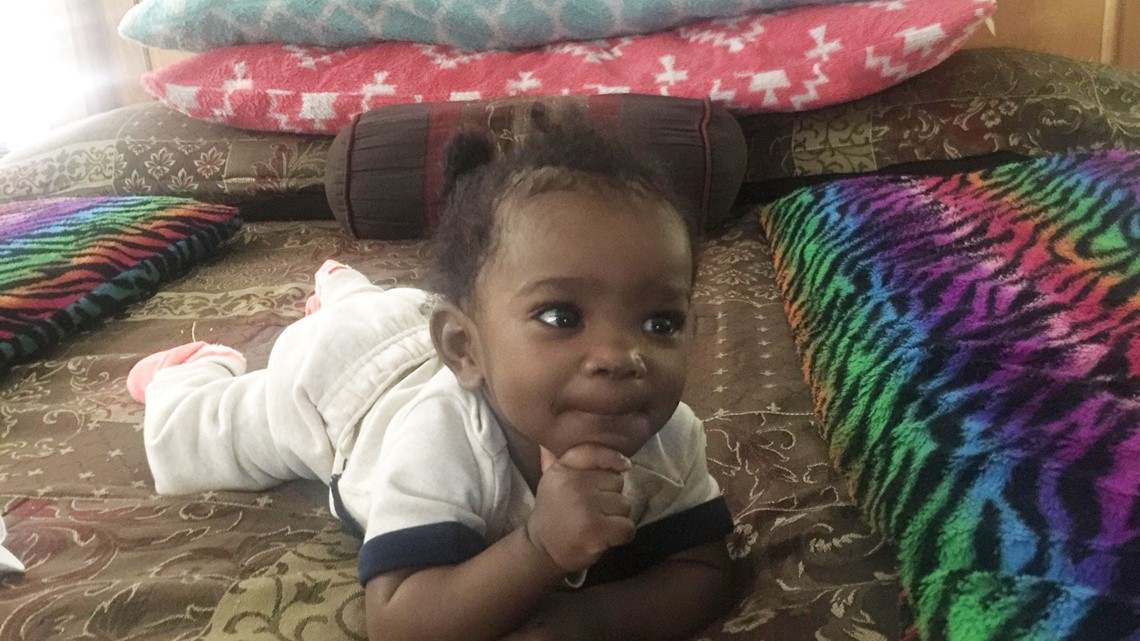