"She is on probation for five years for child abuse of that child and they place her back there anyway," said an attorney representing Emani Moss' grandmother in 2013. "Somebody needs to answer for that." 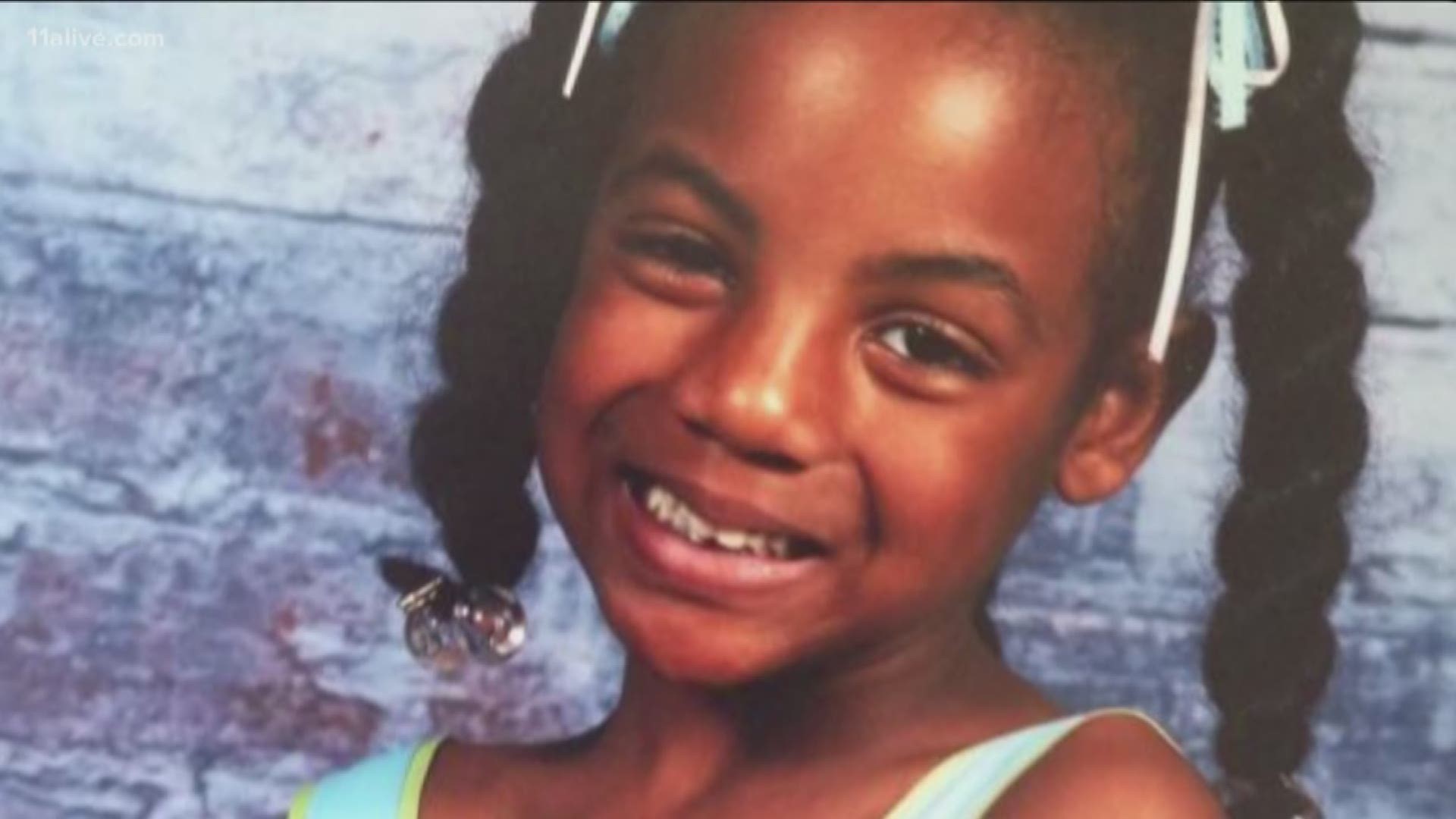 GWINNETT COUNTY, Ga. -- Nearly five years ago, the burned body of 10-year-old Emani Moss was found inside a trash can in a Gwinnett County apartment complex.

Police said her father and stepmother set her on fire, hoping to make evidence of their abuse of her disappear. Before her body was burned, the girl was literally starved to death.

Eman Moss and his wife Tiffany were arrested and charged after Emani's body was found at the Coventry Pointe Apartments on November 2, 2013. At the time, Gwinnett County District Attorney Danny Porter called the death the worst case of child abuse he had ever seen.

Emani's grandmother Robin Moss has filed suit against the state Department of Family and Children's Services. The lawsuit says that caseworkers were aware of deteriorating conditions in the home, and could have stepped in sooner, possibly saving Emani's life.

► Father of Emani Moss gets life without parole

► Attorney says DFCS needs change from the top down

Then, in July 2012, two incident reports were filed when Emani attempted to run away from home. The 10-year-old told police she had been tied to a chair with two of her belts and placed in a cold shower. Police said there was never enough information to charge her father and stepmother at the time. But each of the cases was reported to DFCS.

Georgia state Rep. Mary Margaret Oliver (D-Decatur), a long-time child advocate, said at the time, the case of Emani Moss was particularly disturbing due to the pattern of problems within the home setting.

"These are preventable deaths," she told 11Alive News in 2013. "We in Georgia have to change our laws. This child fatality review system, I don't believe is working effectively."

When contacted by 11Alive News, officials with DFCS said they could not comment on pending litigation.

In order to avoid the death penalty, Eman Moss accepted a plea deal, pleading guilty to two counts of felony murder, two counts of first-degree child cruelty and one felony count of concealing a death. Investigators said at the time that while he helped to dispose of his daughter's body, he was likely not the main culprit in Emani's death.

Meanwhile, Emani's stepmother Tiffany Moss is expected to go to trial later this month in Gwinnett County Superior Court and faces the death penalty. She insists on representing herself in the case.