Grady's name is on several major landmarks and locations around Atlanta - and the state. 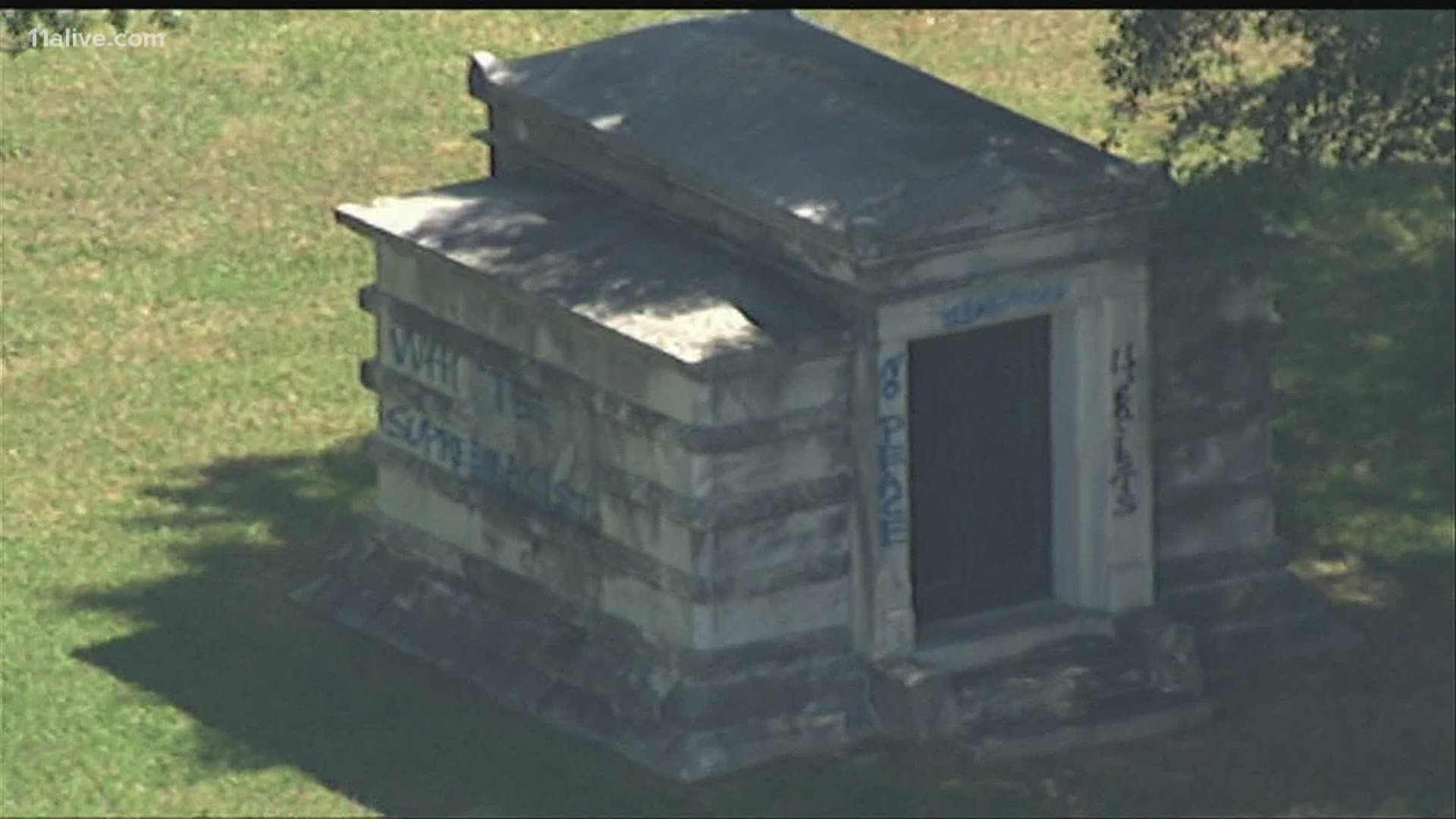 ATLANTA — 11Alive has learned that someone went into and vandalized the gravesite of Henry W. Grady at Westview Cemetery. Generations of the Grady family are buried there.

Grady's name has been synonymous with Atlanta for more than a century and can all around the city - and across the state. Grady is the namesake of Grady Memorial Hospital and a Midtown high school. His statue also sits just off of Marietta Street and, in Athens, his name adorns the University of Georgia's School of Journalism.

However, some have called for Atlanta to rethink its association with the Grady name because of his common-held racial views of the 19th century.

"The time in which he lived, everybody was living on slavery," Young said. "And you start with Grady and you get rid of Thomas Jefferson. I mean, that's our history and I'm content with it - I don't like it."

Young added that it's better to build on the past than to destroy it.