GSP: Atlanta mom crashes car during police chase with her kids not secured in the car

The chase reached speeds of 88 mph before the state trooper put an end to it with a PIT maneuver. 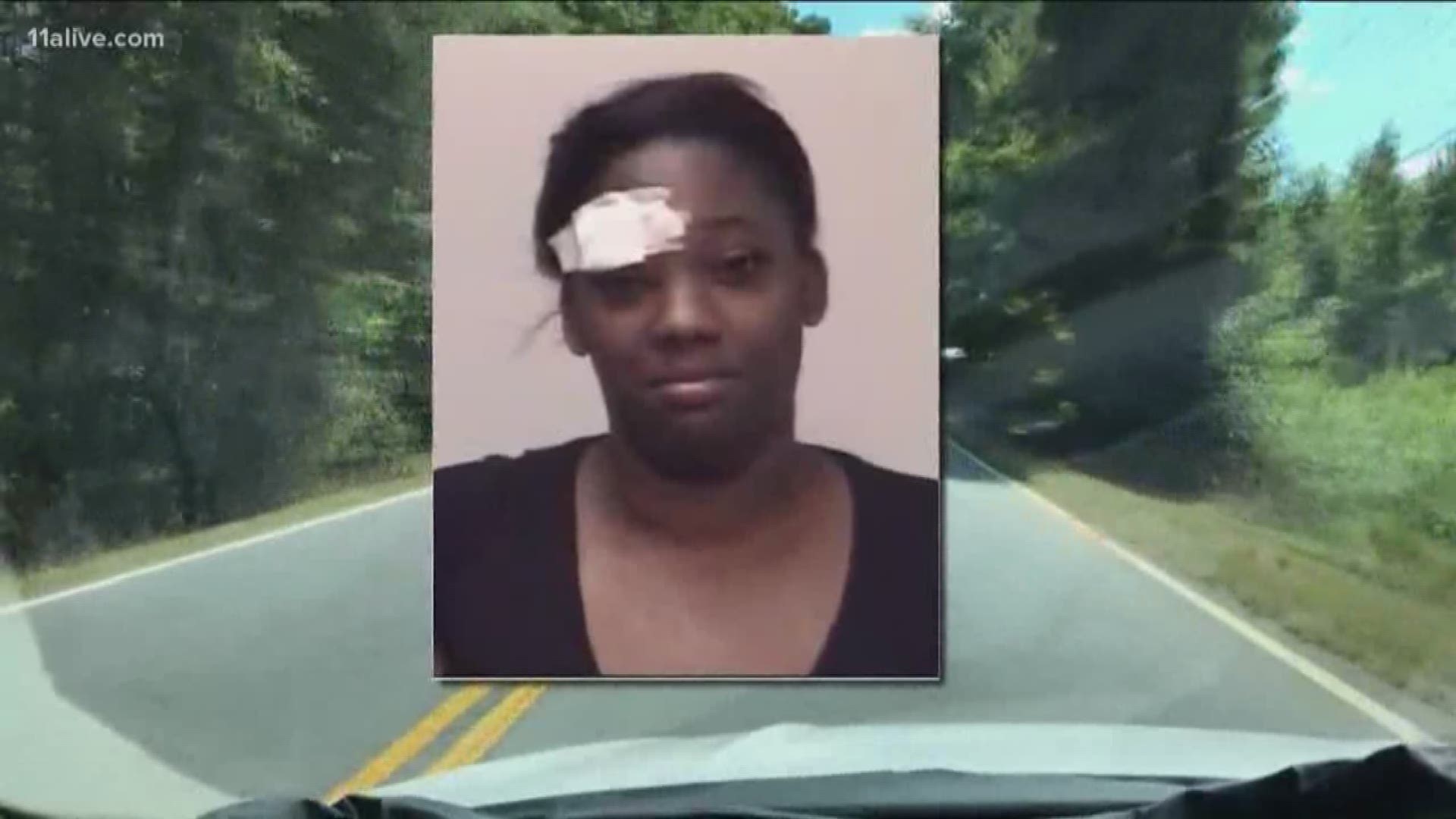 COWETA COUNTY, Ga. -- The GSP says an Atlanta mother is in trouble not only for running from the police but also because she had her young children unrestrained in the car with her at the same time.

According to information from the Georgia State Patrol, early on Sept. 16, at about 1:15 a.m., a GSP trooper was sitting in his marked vehicle along Interstate 85 at mile marker 52 when a 2007 Nissan Sentra heading south zoomed by.

The trooper tried to pull the Sentra over, but it kept going, continuing south on I-85. The trooper began to pursue the Sentra at speeds up to 88 mph.

When the car exited the interstate at Ga. 154 and turned left to head across the highway, the trooper followed.

Jameria Alexander, 29, of Atlanta, faces a number of charges after a police chase and crash early Sunday in Coweta County, Ga.

Authorities said as driver passed Raymond Hill Road, she ran a traffic light and twice crossed to the wrong side of Ga. 154, for at least five seconds each time. The trooper said he was able to get her to move back to the right side of the road before the he executed a PIT maneuver on the Sentra. That move forced the car off the road, where it crashed into a tree.

Most of the damage to the Sentra was on the driver's side of the car.

The Sentra's driver, 29-year-old Jameria Alexander of Atlanta, was hurt in the wreck and taken to Piedmont Newnan Hospital. Her two young children were also in the car at the time of the wreck. Authorities said 7-year-old Johntavius McKenzie and 4-year-old Karter Alexander were not hurt. Neither one of the kids were properly restrained, police said.

The GSP is not commenting, yet, on whether the trooper knew there were any children in the car before using the PIT maneuver. And it is not clear whether the GSP chase policy defines what a trooper should do if children are known to be present inside the vehicle being chased.

The GSP has not yet released the trooper's dash cam video.

Alexander was charged with speeding, failure to maintain lane, suspended license, no proof of insurance, vehicle not registered, driving on the wrong side of the road, running a red light, reckless driving, two child-restraint violations, and fleeing/attempting to elude police. She was released on bond.

11Alive is trying to reach her to comment about why she fled, and about the charges against her, including the child-restraint violations.