Police said a Georgia State Trooper tried to stop a BMW after he clocked the driver going more than 120 mph while driving on I-75 near Howell Mill. 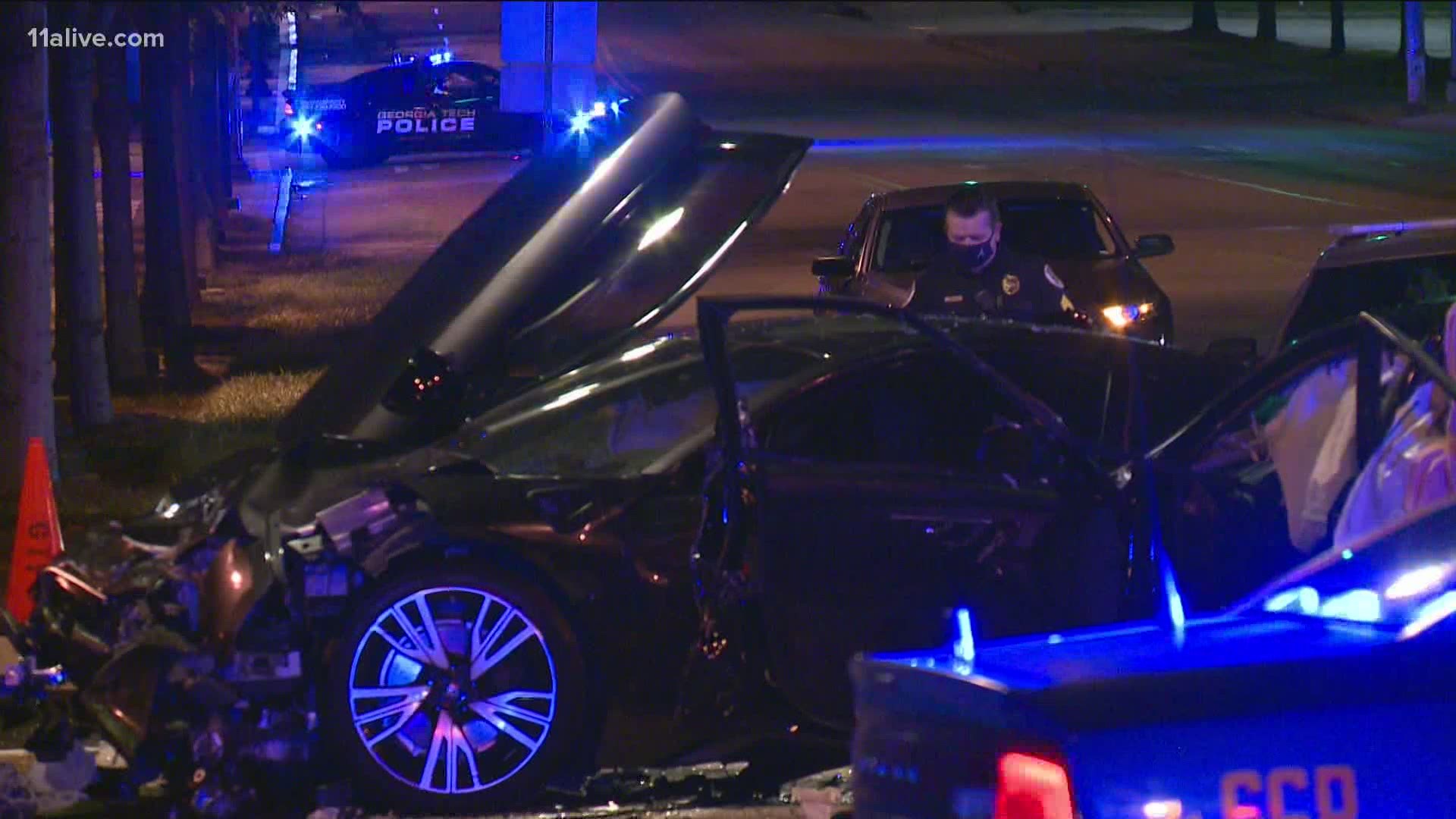 ATLANTA — A three-month old baby died Thursday due to injuries following a crash that occurred after a high-speed chase the night before in Midtown.

The Fulton County Medical Examiner confirmed the infant, Cayden Good, passed away after being taken Children's Hospital of Atlanta in critical condition.

Police said a Georgia State Trooper tried to stop a BMW after he clocked the driver going more than 120 mph while driving on I-75 near Howell Mill.

The suspect crashed into a black Nissan Altima on 10th Street that was carrying multiple passengers. 18-year-old Anjanae McClain was driving the vehicle and died on the scene, GSP confirms. The baby was located in the back middle seat of the Altima and is currently listed in critical condition at Children's Medical at Egleston.

Three other passengers were taken to Atlanta Medical Center and authorities said they are in stable condition.

According to GSP, the three passengers in the other two vehicles did not have complaints of injury and were not taken to the hospital.

Police said the driver got out of the car and then ran away. However, nearby cameras were able to identify the 25-year-old man and said warrants are being obtained for his arrest.

He is now facing several pursuit and crash-related charges. However, police said information on the suspect is not being released at this time.