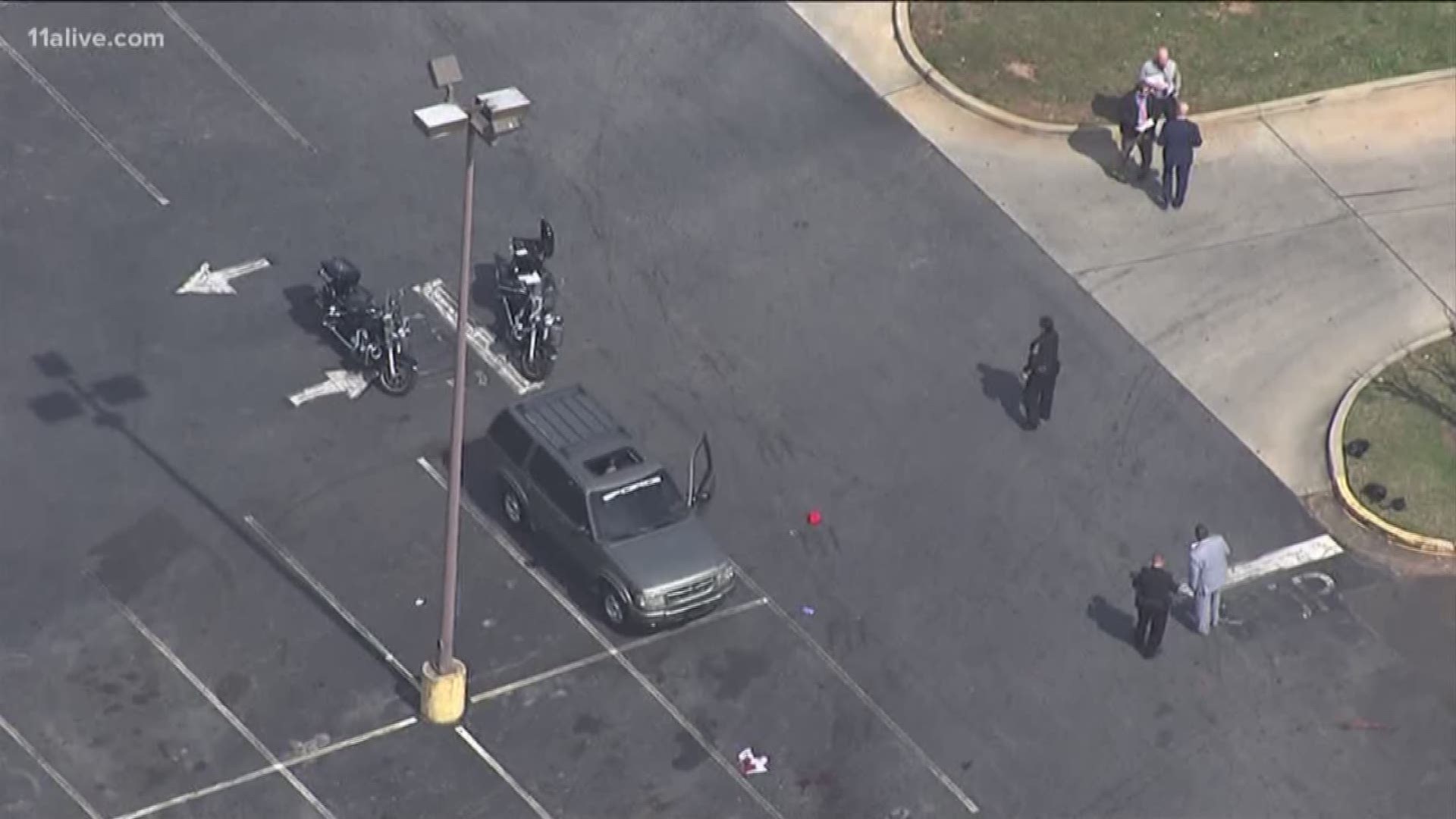 ATLANTA -- Parts of Moreland Avenue at Memorial Drive were closed as police investigated an alleged rolling gun battle between officers and at least one suspect.

It happened around 12:30 p.m. Wednesday near the intersection. Several city blocks in both directions on Moreland and Memorial were shut down. The Moreland eastbound exit ramp from I-20 was also blocked during the investigation.

Police said the shooting happened when a vehicle with SWAT officers inside drove near the suspect's vehicle, a Ford pickup truck. Authorities said the passenger began loading a gun. Preliminary investigation suggests that the passenger then pointed the gun at the SWAT officers.

After ordering the suspect to put the gun down and having him allegedly refuse to do so, police said one officer opened fire. This sparked off an exchange of gunfire as the two vehicles continued heading south on Moreland Avenue.

No officers were reported injured in the shooting though there was apparent damage to the truck they were in. Police said they were merely on a routine patrol of the area during the confrontation.

The GBI is investigating, which is the protocol for shootings involving officers. The agency said it's the 20th shooting involving Georgia officers in 2019 and the fourth shooting in Atlanta.

In their latest update, the GBI confirmed the names of the men who were shot. However, they didn't reiterate any of the details surrounding the shooting that were provided by the Atlanta Police Department the previous day.

Other officer-involved shootings in Atlanta in 2019

An 18-year-old man was killed by an Atlanta Police officer when he allegedly tried to steal an unmarked vehicle from a gas station. D’ettrick Griffin allegedly entered the plain-clothes officer’s vehicle and attempted to drive away when he was shot and killed.

An officer shot a woman who was attacking the father of her children with a knife, according to Atlanta police.  The Georgia Bureau of Investigation said 32-year-old Victoria Cabey was shot to stop the attack. She was taken to the hospital alert, conscious and breathing.

A man was shot after he injured an officer while allegedly trying to speed away. This shooting involved both the Atlanta Police Department and the East Point Police Department and was part of an investigation into a series of slider crimes.  Police said the suspect was trying to use his vehicle as a weapon. The officer’s legs were injured and, at the time, authorities thought he had a concussion. The suspect was shot in the knee and taken to the hospital.