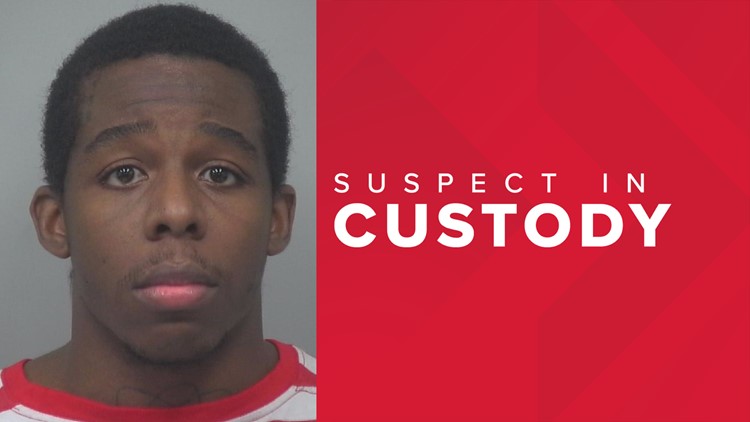 GWINNETT COUNTY, Ga. — A kidnapping victim is safe and her ex-boyfriend in jail after police say an argument ended in an abduction.

Gwinnett Police said that their southern precinct officers responded to a panic alarm call on Cooper Lakes Drive in Grayson. They arrived to find a frantic mother who said her 23-year-old daughter had been abducted.

According to police, the mother said the victim was in the process of breaking up with her boyfriend, 23-year-old Tangelo Tafari Roberts of Loganville, and that they had been communicating by text.

Police said Roberts eventually arrived and pushed through the front door and went to the victim's bedroom where they got into an argument.

"According to the mother, Tangelo pushed and grabbed her daughter forcing her outside of the home against her will," the police department said in a statement. "The couple left in Tangelo's blue Chevrolet Malibu."

Police mobilized uniform officers, detectives, undercover officers, and their aerial units to search for the victim and suspect as the 911 center helped coordinate efforts.

Police found their general location by tracking the victim's cell phone to Ozora Road and eventually found them driving in the area of Preserve Park outside of Loganville.

A traffic stop ended with Roberts under arrest and the victim reunited with family unharmed.

"The safety and security of the victim was our number one priority in this case," the police statement read. "The team of officers and civilians assigned to this investigation were relentless in acting swiftly in an effort to locate the young woman."

Roberts was taken to Gwinnett County jail on one count of kidnapping. Police said he has no bond.