The sheriff's office says there are about 700 registered sex offenders, 535 hundred of them are living in the county while the other 121 are behind bars. 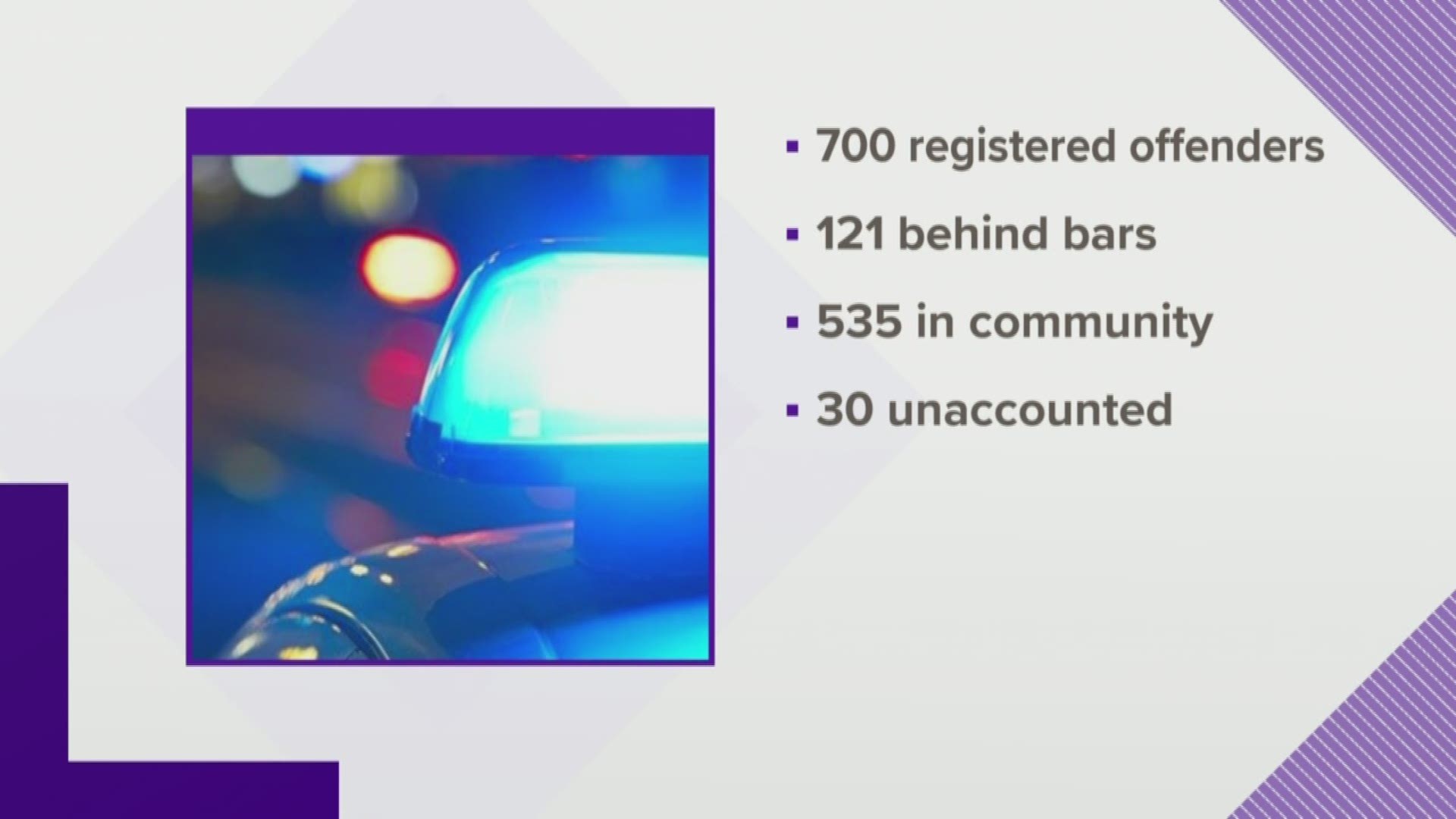 GWINNETT COUNTY, Ga. — Nearly 30 sex offenders are missing and unaccounted for in Gwinnett County and the sheriff is working to locate them.

This is a very alarming situation for deputies as well as the sex crime victims that could be connected to these cases.

Right now, the sheriff's office says there are about 700 registered sex offenders, 535 hundred of them are living in the county while the other 121 are behind bars.

But, there are about 30 unaccounted for, and that number has fluctuated throughout the day.

Unaccounted for means they either failed to check in at the proper time -- or when deputies went to check the address they listed in the registry, they didn't find the offender living there.

Deputy Shannon Volkodav, a spokeswoman with the sheriff's office, says it's because of the due diligence of deputies that they are aware of this.

"In 2019 so far, they have conducted 2,900 verification checks - which means they are actually out in the community, knocking on doors, verifying that these registered sex offenders are living at the addresses they have provided us," Volkodav said.

You can also sign up for the sex offender registry that the department maintains. It's a service that lets residents know if a registered sex offender moves into your neighborhood.

AP: Hundreds of priests accused of child sex abuse living with no oversight