Police found a body in the lake. 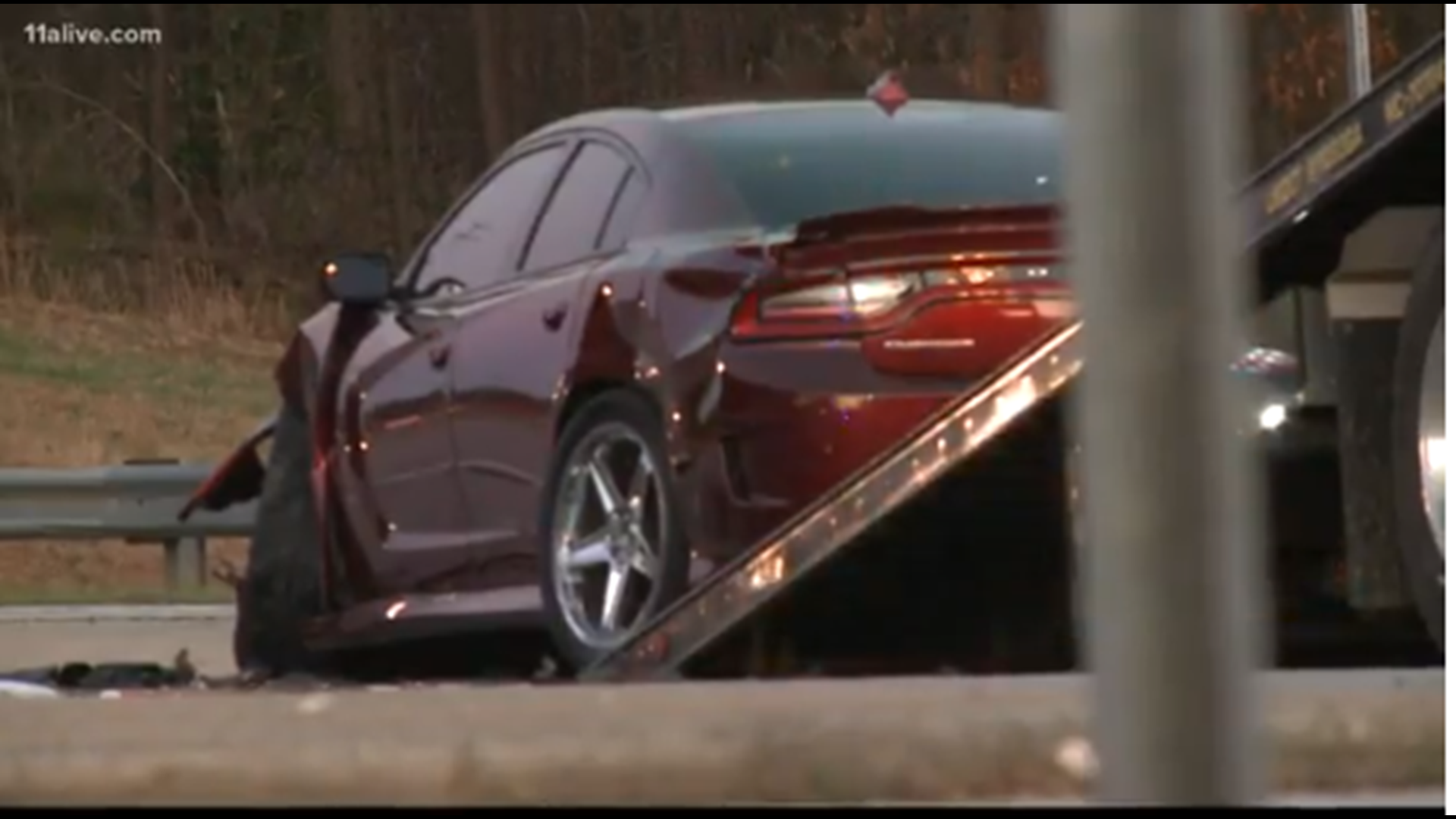 ATLANTA — A man who opened fire on an officer after an accident is dead after running from the scene, carjacking another vehicle and then crashing it into a lake. Police say he even opened fire on officers from the sinking vehicle.

Investigators said the situation began with a traffic accident at the intersection of Peachtree Industrial Boulevard and Shadburn Ferry Road in Gwinnett County at about 4 p.m. on Friday.

Police said that following the collision, the suspect ran off with a rifle, opening fire on responding officers as they attempted to catch up with him.

Police said that the suspect carjacked another vehicle nearby, and the pursuit continued.

The driver took the vehicle through Shoal Creek Park and drove into Lake Lanier.

"Once he drove into the lake, the male began firing at police officers from the area of the sinking vehicle," police wrote in a statement.

In a hail of gunfire, a police car was struck several times, though no officers were injured. Officers, however, did return fire.

Multiple officers searched the area for the suspect after the crash and a police helicopter also searched from the air. The suspect's body was eventually pulled from the lake Friday night.

Authorities have identified the suspect as 26-year-old John James Monahan Jr., of Ellabell, Ga. The passengers in the other vehicle from the original accident only suffered minor injuries.

A photo released by Gwinnett Police showed at least two vehicles involved. One was a burgundy Dodge sedan and the other was a white van with front-end damage - and an airbag that appears to have deployed inside.

Police are asking anyone with information about the case to call detectives at 770-513-5300. To remain anonymous, tipsters can also call Crime Stoppers at 404-577-8477 (TIPS). Crime Stoppers tipsters may also be eligible for a reward.