Gwinnett woman and her former lover convicted of killing her husband

Tia Young and her secret boyfriend, Harvey Timothy Lee, have been found guilty of killing George Young, Tia’s husband, on his own front porch. 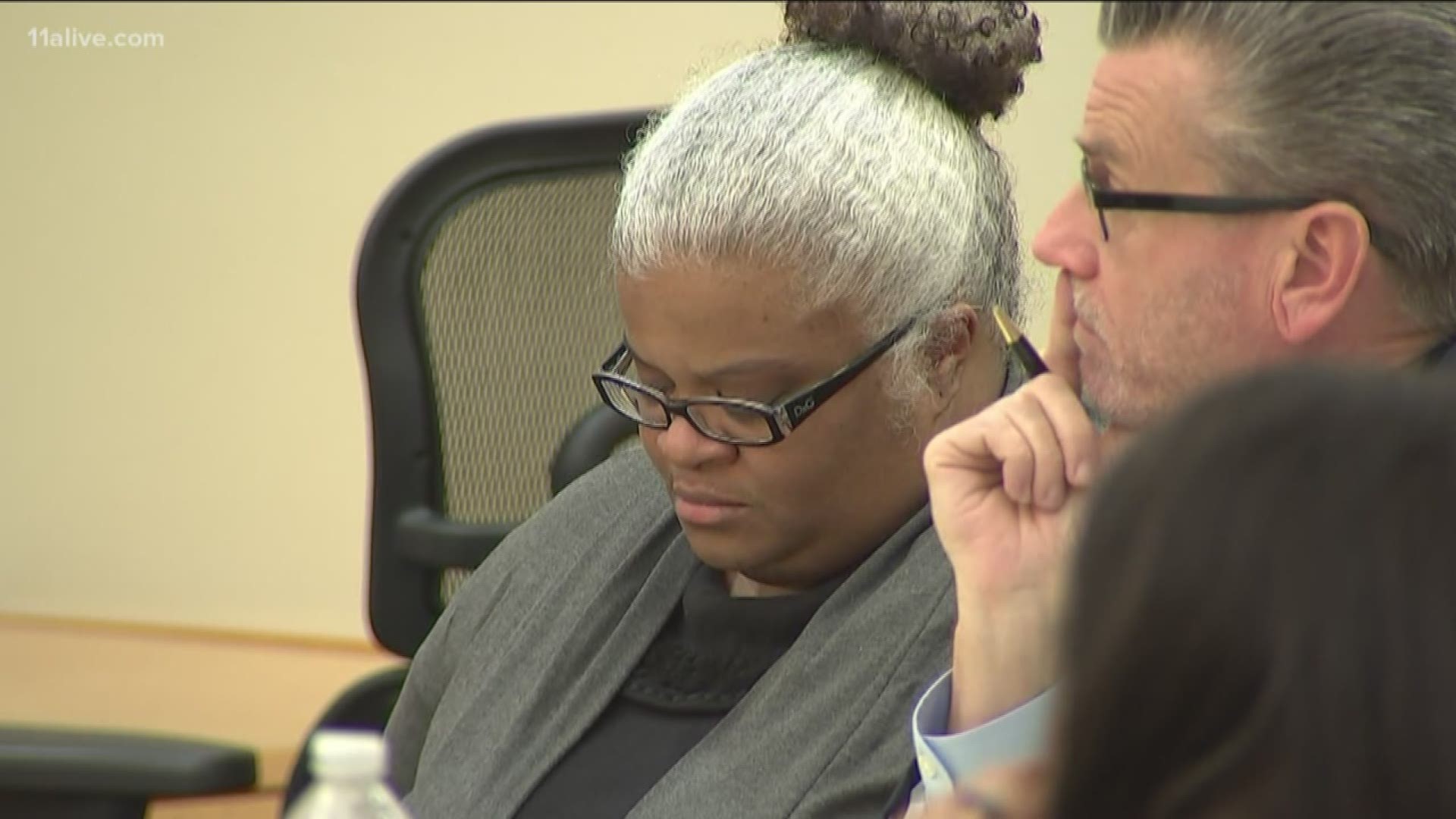 GWINNETT COUNTY, Ga. — A Gwinnett mother and her secret lover have been convicted in the death of her husband, after allegedly plotting to murder him to collect on his insurance money.

George Young was found shot to death on his front porch in Gwinnett County after arriving home from his late-night security shift in November 2017.

According to prosecutors, Tia Young and Lee were having an affair and plotted to murder George Young in order to collect on his $1 million life insurance policy.

Lee had been a longtime friend of the couple, police said. The secret, adulterous relationship between Lee and Tia Young began in May 2017 or before, detectives said.

Credit: Gwinnett County Police Department
Tim Lee and Tia Young and both charged in the murder of Young's wife, George.

George, 43, had three children who were ages 8, 13 and 17 at the time of his death. Young, along with her mother, brother and children were all home when he died.

Before her arrest, Young told 11Alive that her husband was a “really good guy” and cried over the idea that someone targeted him.

“I mean, you took an innocent man from his wife and three children, and a host of other friends and family that really, really loved him,” Young told 11Alive about a month after his death. “If you can find it in your heart, anywhere, turn yourself in and just come clean. It would mean the world to my family.”

The night George was killed, both Tia and Tim were there when police arrived. According to the original incident report, Tim was performing CPR on George. After the shooting, Tia Young says she told dispatch "she could not bring herself to do it [perform CPR]."

That night, Young originally said she heard gunshots outside of the home and cried when interviewed by 11Alive. At the time, she appeared to be a grieving wife.

As time went on, detectives said Young showed less and less emotion about her husband’s death and, in subsequent interviews, kept changing her story.

"During the time of the incident, we understand as homicide detectives that everyone experiences that differently. When we first met her, she was upset and she was distraught...later in subsequent interviews, emotion did play a part in that, or lack thereof for me,” said Detective David Smith with the Gwinnett County Police Department at the time.

Ex-convict charged with pretending to be long-missing boy