Between 20 to 26 people were shown swarming the building. 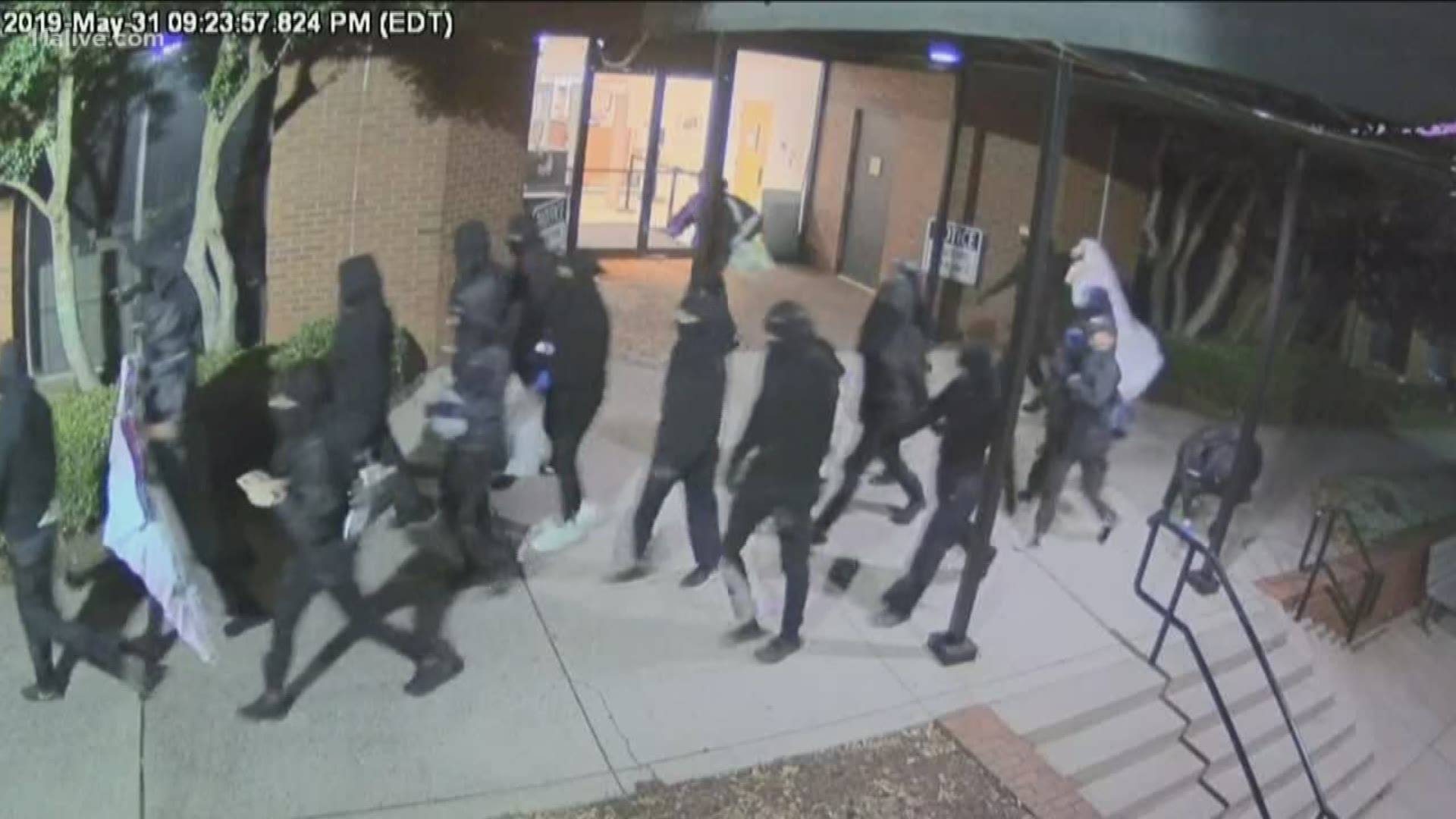 DECATUR, Ga. — Police are looking for information on a large group of people who crossed the campus of DeKalb County's Maloof Administrative Building - and left destruction in their wake.

Security video captured a group swarm the building around 9:30 p.m., Friday. Police believe the group of between 20 and 26 masked adults walked toward the building coming from the downtown Decatur area.

The video then allegedly shows the suspects breaking several windows and doors with hammers and pickaxes. Others also spraypainted the outside of the building.

Repairs on the building are already underway - crews were out over the weekend sweeping up the broken glass and painting over the graffiti.

Police still don't know the motive, but people 11Alive's Elwyn Lopez spoke to said they are shocked by the group's actions.

"Oh when I see that video, it's, it's scary. I think some people are really desperate," said one person.

Just a few weeks ago, less than five miles from where the vandalism happened, demonstrators marched to protest what they claimed were poor conditions inside the DeKalb County Jail. 11Alive asked outright if police believe the two are lined, but they wouldn't not comment, only saying they would have an update to provide on the situation, Monday.

Police are asking anyone with information about the crime to call DeKalb Police Lieutenant D.C. Ward at 770-270-0413. Tips can also be provided anonymously to Crime Stoppers Greater Atlanta at 404-577-TIPS.