After a 14-year-old girl died after being shot in the back, five members of the Ghost Face gang have now been arrested. 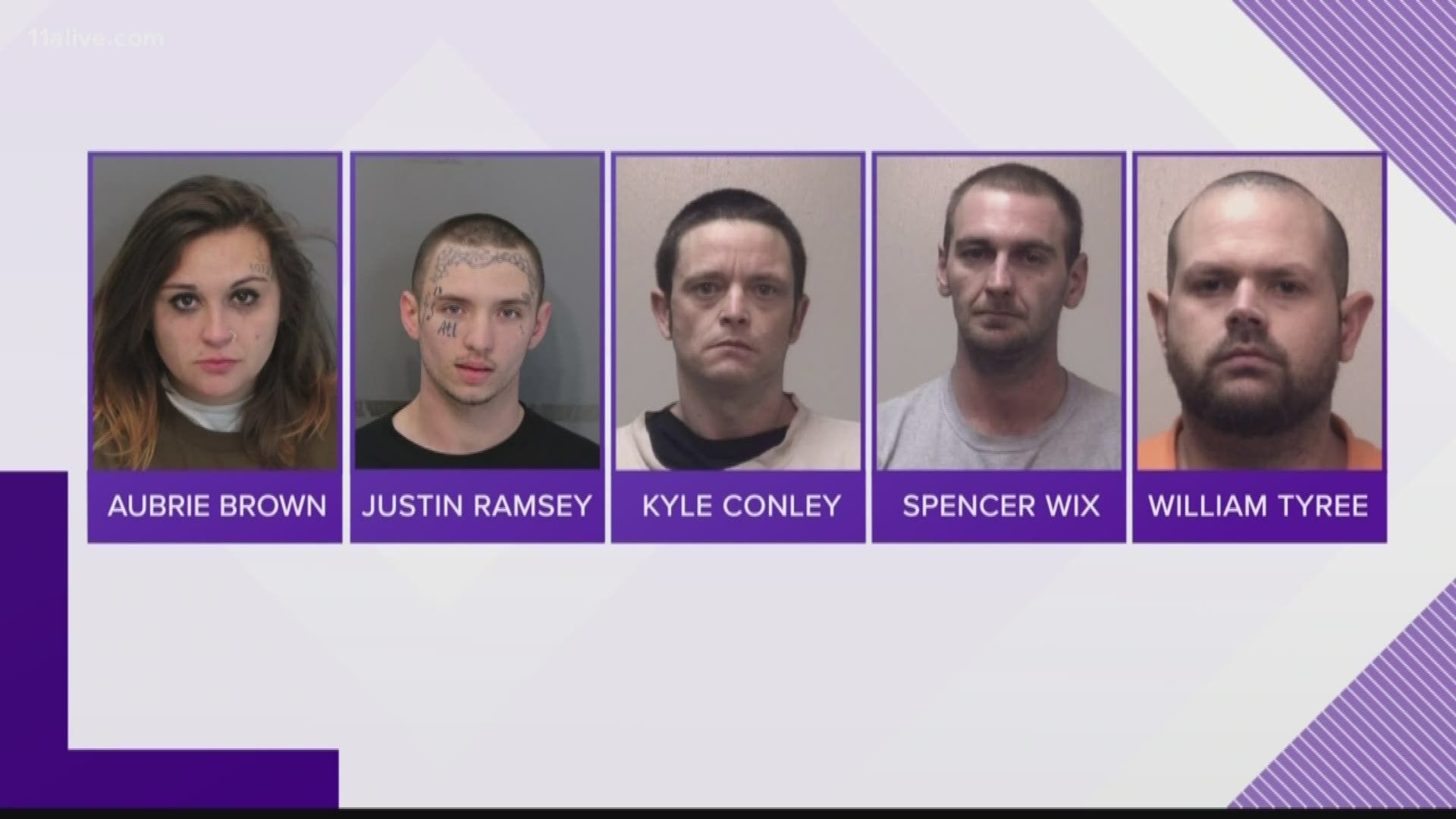 The 14-year-old killed in a home invasion tried to confront the suspects with a BB gun, the Coweta County Sheriff’s Office said.

Haley Adams was killed on Feb. 11 when she was shot in the back during what police described as a "targeted" home invasion. The Sheriff’s Office announced five arrests in her death: William "aka" Billy Tyree, Kyle Conley, Justin Ramsey, Spencer Wix and Aubrie Brown have all been charged with murder, with more charges to come.

The Coweta County Sheriff’s Office said four people were armed when they forced their way into the home on Bethlehem Road in Grantville. They allegedly restrained Alyssa Adams while searching for someone who was not at home. Haley hid until they left the home, according to officials.

Once they were outside, Haley came out of hiding and allegedly went to the front door with a BB gun.

“One of the four offenders fired multiple rounds, striking Haley which caused her paralysis then death,” the release said.

The sheriff’s office said the teen and her mother had just moved into the home the week before.  Authorities said a man who lives at the home had some sort of relationship with the teen's mother.

The sheriff said the suspects, who are all identified as members of the Ghost Face gang, said they came to the home looking for the homeowner. They are still trying to figure out why they were after him.

One of the men arrested, William "aka" Billy Tyree, was the stepbrother of the man they were looking for. He was not at the home at the time.

RELATED: Video shows suspects getting out of car, rushing to leave in home invasion where teen was killed

Police released surveillance video that authorities said shows the suspects arriving and leaving the home. In the video, a car pulls into the driveway around 9 p.m. Multiple people can be seen getting out of the light-colored car. Nearly two minutes go by before the video shows them running back towards the car. Someone also fires what appears to be two shots as they get into the car. One of them is carrying what appears to be a bag.

During first appearances, Friday, a Coweta judge denied Wix and Conley bond. Tyree, who was arrested earlier this month, was also denied.

Meanwhile, the other two suspects - Ramsey and Brown - were arrested in Chattanooga, Tennessee. Their bonds were also denied.

Man convicted of killing Emory student up for parole