‘He was murdered’ | Family of teen shot, killed by Atlanta officer demand answers

18-year-old D’ettrick Griffin was shot and killed by an Atlanta Police officer after allegedly trying to steal his unmarked police car. 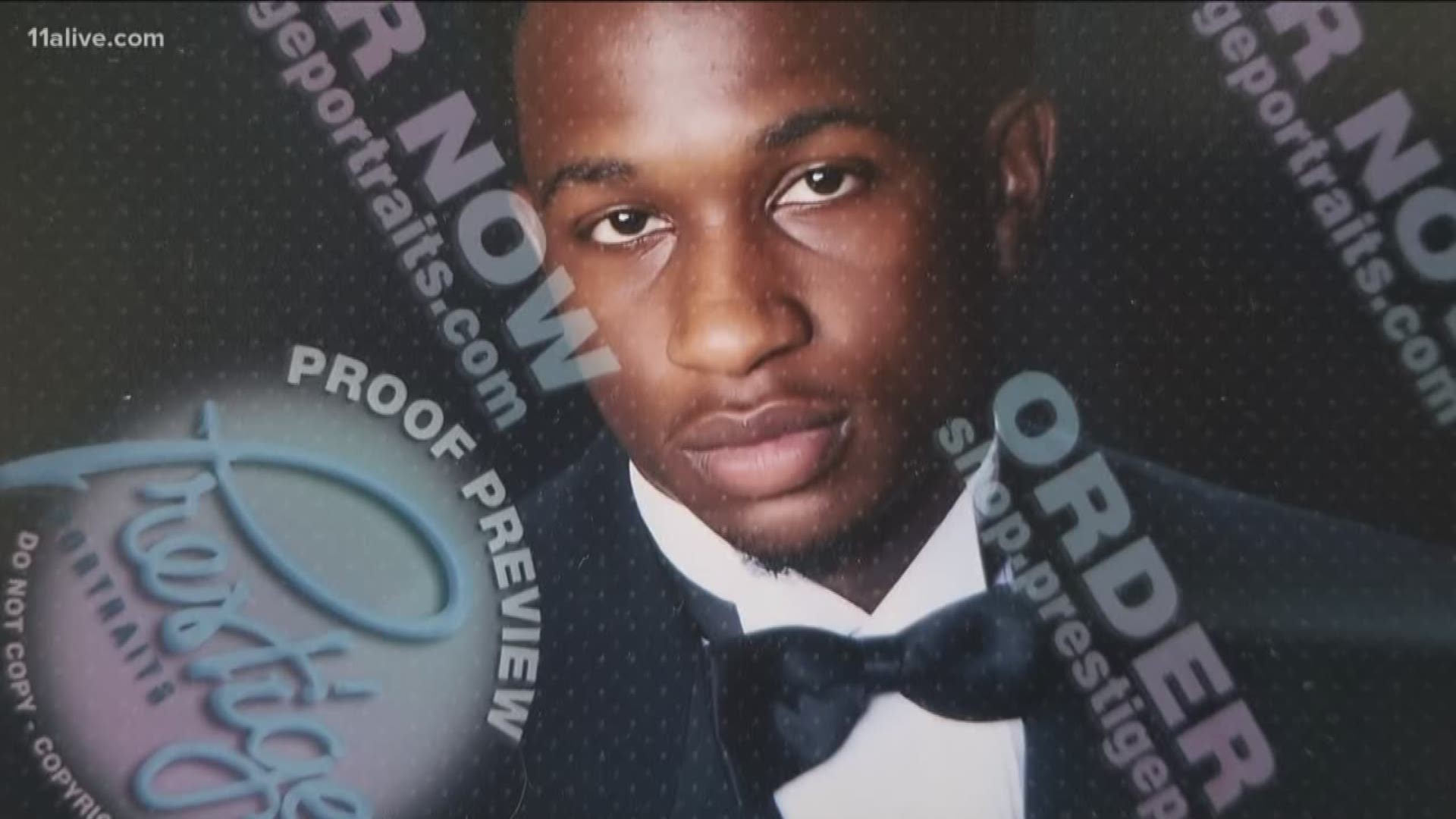 ATLANTA — The family of an 18-year-old teen shot and killed by an Atlanta Police officer is demanding answers about why their son had to die for allegedly stealing the officer's car.

D’ettrick Griffin was shot and killed Tuesday by a plainclothes police officer who was pumping gas for his unmarked vehicle at a Shell Station on Whitehall Street SW. According to the GBI, Griffin entered the car and attempted to drive away. The officer tried to stop the car as it drove off and fired his service weapon.

Griffin allegedly kept driving southbound on Whitehall Street and hit two cars before coming to a stop. Atlanta Police officers who responded found that Griffin died at the scene.

In an exclusive interview with 11Alive, Griffin’s family said he was just a few months away from graduating from Benjamin E. Mays High School and wanted to become an aviation mechanic. He loved football and was a decorated athlete with the trophies to prove it.

Credit: WXIA
The family of D’ettrick Griffin, an 18-year-old shot and killed by an Atlanta Police officer, proudly display the trophies he earned as a football player.

“He was outgoing, his smile could brighten up a room. He was a people person,” said Griffin’s mom, Gaysha Glover. “A lot of kids looked up to him, his teachers admired him … he just had four months left before graduation, and on to aviation camp.”

Glover said she had spoken to her son just a few hours before his death. He told her he just gotten his report card and was talking about his grades.

She said she was contacted on social media about her son’s death.

Griffin’s father, Courtney Griffin, became emotional when he talked about the night he learned his son had died.

“I just got a phone call that said my son was up the street and was shot by a cop. I got up, I called (his mom) and my first thought was, ‘just get there.’ I got to the scene … I was just two minutes away,” Courtney Griffin said. “I asked all of the officers. I showed them pictures of my son. They kept saying, ‘we can’t tell you. We don’t know.’ I went around the whole block asking different officers and they never told me, for four hours they never told me. My son was sitting in the cold for four hours, dead for four hours, and nothing? It took my soul away from me.”

Credit: WXIA
Courtney Griffen and Gaysha Glover, the parents of 18-year-old D’ettrick Griffin, said their son was an outgoing person who loved football and wanted to become an aviation mechanic.

While the shooting happened just after 7 p.m., Courtney Griffin said he wasn’t able to see his son until around 12:30 the following morning.

Attorney Jonathan Hibbert, who is representing the family, said that the circumstances surrounding Griffin’s death do not appear to be justified.

“The facts still aren’t all in, but, there is no doubt in my mind that D’ettrick Griffin should not and did not need to die in that moment, in that way,” Hibbert said. “It’s pretty clear to the lawyers I’ve run this by that he was murdered.” 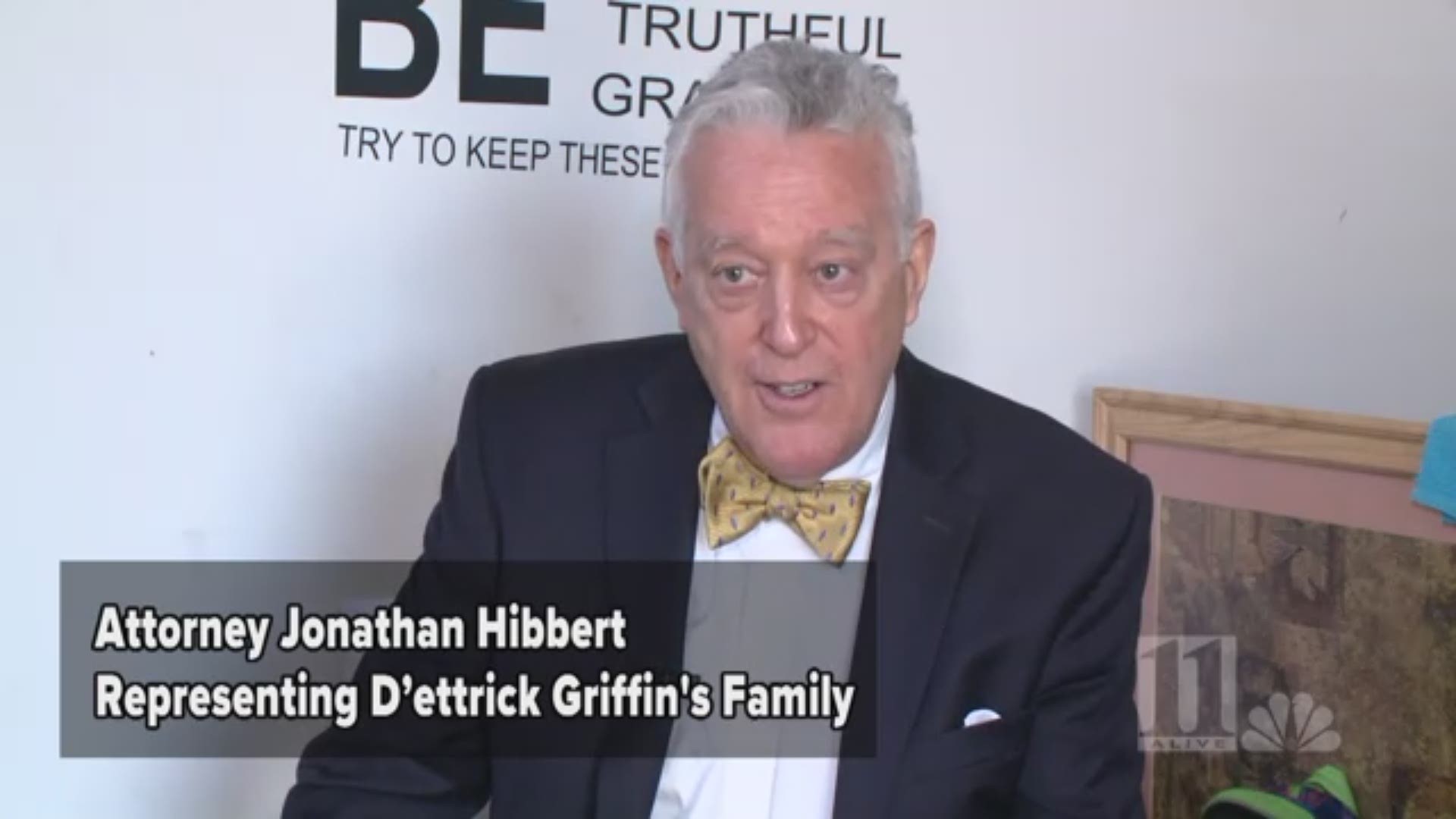 Hibbert said Griffin was unarmed and driving away from the scene and was not a danger to the officer.

“Just because this officer was upset that somebody may have offended him or jumped in his car - whatever actually occurred - we see no grounds for the officer to have emptied his gun into the body of D’ettrick Griffin,” Hibbert said.