The officer who took the report indicated that text messages between the two men didn’t appear to be threatening. 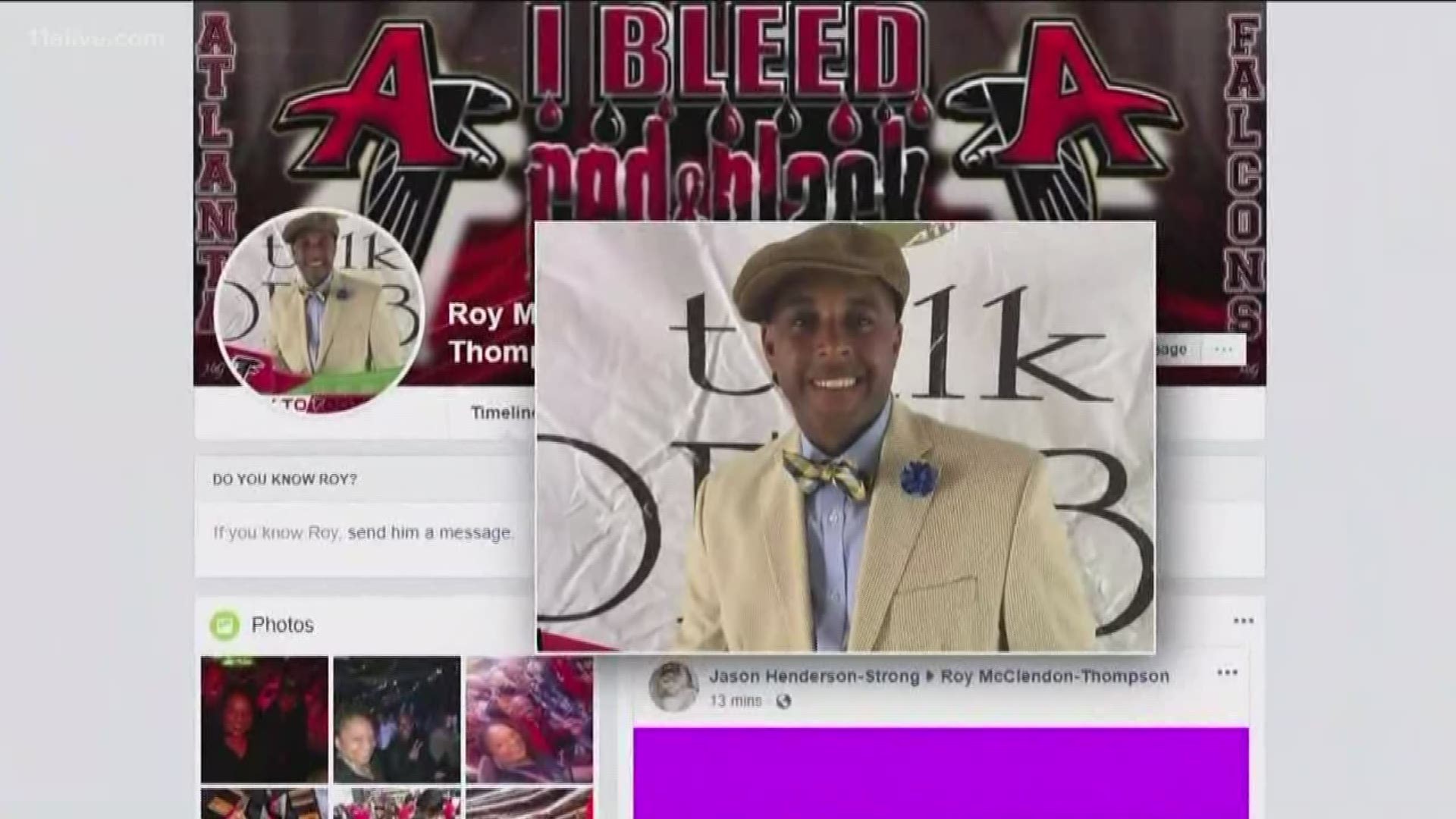 DUNWOODY, Ga. — The man found shot to death in the parking garage of a Dunwoody apartment complex was reportedly killed by his former lover and had filed a police report against the man just three days before his death.

James Curtis Jones, 45, was found shot to death at the Arrive Perimeter apartment complex on Asbury Square early Monday morning after numerous people reported hearing screaming and gunshots around 5:20 a.m. The gunman has been identified as Roy McClendon-Thompson, a social studies teacher at McNair High School in DeKalb County. He was also a member of the Principal Advisory Council at the high school, according to the district website.

On Tuesday, Robert Parsons with Dunwoody Police said that McClendon-Thompson and Jones were in a romantic relationship and the shooting might be connected to infidelity.

Police records show that the two men were in a romantic relationship – and Jones feared for his safety. He was so scared that he called Dunwoody Police on Saturday, three days before his death, to report that McClendon-Thomas was threatening him and was going to “f--- his s--- up.”

In his report, the responding officer wrote, “I did not discover any threatening text messages in the victim’s cellular device.” The officer contacted McClendon-Thomas, who said he broke up with Jones after discovering that he was seeing someone else. McClendon-Thomas told police he blocked Jones from his phone and told police he never threatened Jones. He also indicated that Jones sent him emails and the officer “should ask to see them.” Jones refused and got defensive when the officer asked to see his email and asked why the officer was taking McClendon-Thomas’ side, according to the report.

“We could find no evidence of a crime,” Parsons told 11Alive when asked about the reported threat. “It was a he-said, he-said situation.”

Jones reported the threat at 2:18 a.m. on Saturday, April 6, from his Dunwoody apartment. According to the Dunwoody police report, he showed the officer screenshots of a text thread between himself and McClendon-Thomas. In the messages, police stated that Jones sent an unknown person naked photographs of himself and McClendon-Thomas had discovered that Jones cheated on him.

Jones told the officer that McClendon-Thomas was “mental” and that he was scared he would come to his home. He told police he met McClendon-Thomas through a gay dating website, called Jack’d. Jones said he knew the high school teacher for about a year and stated that they never had sex and never lived together.

The officer called McClendon-Thomas, who said he discovered Jones was cheating after a friend showed him Jones’ picture on “Jack’d.” McClendon-Thomas said he found out the two men had sex and told police that he broke up with Jones and blocked him from his phone.

According to McClendon, the two had been dating on-and-off since November and had a sexual relationship. He denied making any threats against Jones. At that point, he suggested the officer look through Jones’ emails. As the officer was preparing to leave Jones’ home, McClendon-Thomas called the officer and told him that he had just received another email.

The officer told Jones to stop communicating with McClendon-Thomas, at his request.

If you or someone you know is a victim of domestic violence, call the National Domestic Violence Hotline at 1-800-799-SAFE (7233)