Pineville police chief Michael Hudgins described the video of the incident as "chaotic," but said police do not currently believe the shooting was random. 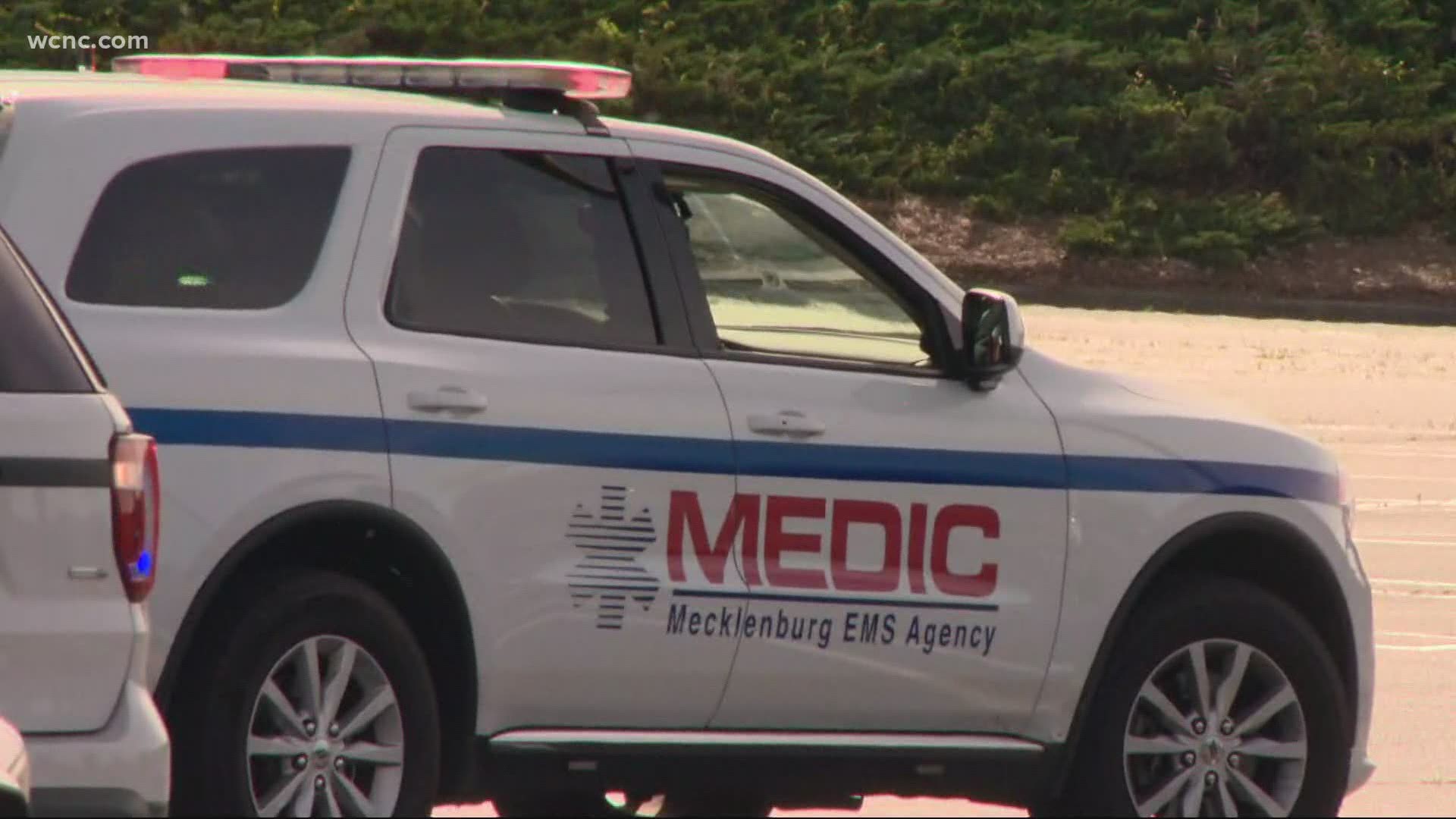 PINEVILLE, N.C. — Shoppers and employees at the Carolina Place Mall in Pineville were evacuated Saturday afternoon after reports that shots were fired inside the mall.

"Is this the end of my life? Am I going to see another day of my life?" Makyla Jeter, who was inside the mall when the shooting happened, said.

Foot said all of a sudden she heard gunshots.

Police Chief Michael Hudgins described the video of the incident as "chaotic," but said police do not currently believe the shooting was random.

"We're trying to dig deeper, trying to figure it out," Hudgins said.

Pineville Police said at 4:49 p.m. officers responded to the mall after reports of shots fired. Early during the investigation, officers learned two people started shooting at one another for an "unknown" reason Saturday. Police said it appears the two knew one another.

Hudgins also said once on the scene officers located one person with a gunshot wound who was transported to a local hospital. Moments later, another person arrived at the hospital with a gunshot wound. Both victims' injuries are considered non-life-threatening.

Hudgins said the victims are 24 and 32, but did not clarify which victim had which injury. But Hudgins said as police don't believe the shooting was random, families should not feel worried about returning to the mall when it reopens.

"I would feel safe sending my family back here to shop," Hudgins said.

On Sunday, the identities of the two suspects were revealed by Pineville police. 32-year-old Kevion Donshare Harris and 24-year-old Jamie G'Avantay Williams were both charged for possession of a firearm by a convicted felon and assault with a deadly weapon with intent to kill or inflict serious injury. Both are still recovering in area hospitals and are not yet in jail as of writing.

No one else was hurt, but that damage has been done for 11-year-old Ayla Austin.

"Were you afraid you weren't going to make it out?", WCNC Charlotte reporter, Lexi Wilson asked.

Austin's mom, Lara Woodley said there is too much violence these days, and it has to stop.

"It's just unfortunate that people don't have a regard for people around them. There's families, bullets could've hit an innocent child," Woodley said.

Pineville law officials stated this investigation is ongoing and no suspect is in custody at this time.

CMPD said those coming to the mall to pick up people who were evacuated were able to meet at the reunification location at 11415 Carolina Place Parkway, at the At Home Store.

@CMPD is assisting the @PinevillePolice with a shooting investigation at the Carolina Place Mall. Please avoid the area at this time due to a large emergency response in the area. #CLT #CLTNEWS #CHARLOTTENC

Note: WCNC instituted a new policy in March 2021 regarding the broadcast or posting of mugshots.

WCNC will only air or post a mugshot if the person has been formally charged with a crime and in a few other cases. The exceptions include: If it appears the person could be a danger to themselves or others or if they are wanted by authorities; to differentiate between people with a common name; if the photos could encourage more victims to come forward. The news-editorial leadership may also decide to use a mugshot based on the severity of the crime(s) committed and/or the level of public interest in the crime and ensuing criminal proceedings.

PAST COVERAGE ON WCNC CHARLOTTE: