Two foster parents are charged with murder after a 2-year-old girl died in their care. 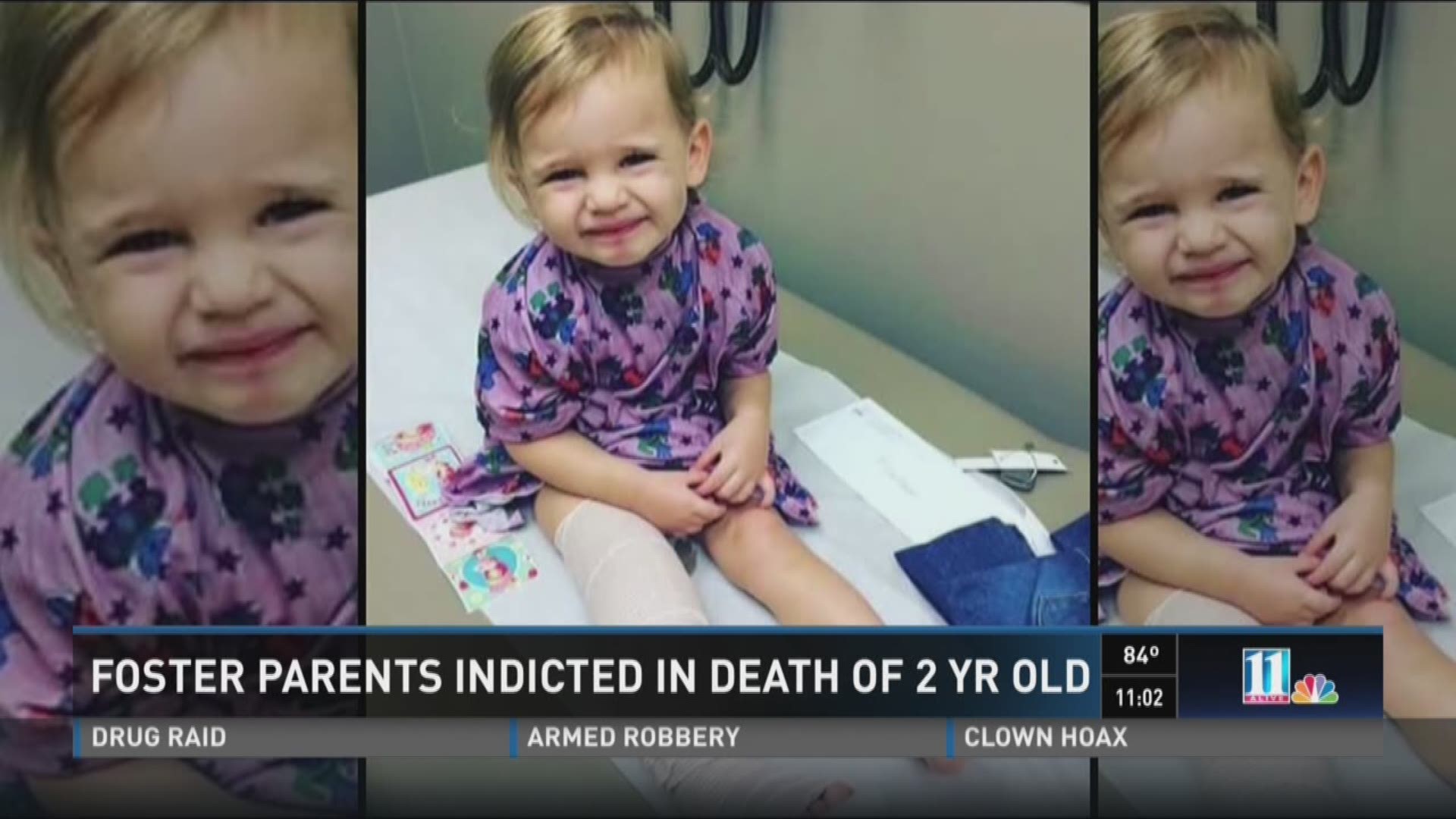 McDONOUGH, Ga. -- Two foster parents are charged with murder after a 2-year-old girl died in their care.

But on Thursday, a Henry County grand jury indicted both Jennifer and Joseph Rosenbaum for murder.

The Rosenbaums’ attorney is defiant, having said over the phone that she is convinced the Rosenbaums did not kill their foster child, 2-year-old Laila Marie Daniel.

The grand jury, on the other hand, decided the district attorney’s case is strong and indicted both on charges of malice murder, felony murder, child cruelty and aggravated assault.

It was this past November when Jennifer Rosenbaum – a candidate for the Henry County Commission, Emory law student and a veteran of the National Guard called 911 as Laila was near death.

But the autopsy disputed choking as a cause of Laila’s death and revealed she had suffered several injuries – possibly during the time she was in the Rosenbaums’ care.

Injuries included broken bones and the report showed that Laila died primarily because she had suffered a transected pancreas on the day she died.

Defense Attorney Corrine Mull said Laila’s pancreas could have been injured during attempts by Jennifer and paramedics to revive her. And the other injuries could have occurred in previous foster homes.

It’s a case that revealed the failures of Laila’s state Division of Family and Children Services (DFCS) workers during the several months they were supposed to be supervising Laila’s foster care but who did not intervene in time to save her.

They were eventually fired.

The Rosenbaums have been out on bond since they were arrested initially. Mull said she looks forward to their trial vindicating them – a trial she expects will take place next year.