Riley Howell had no option to run or hide, so he chose to fight. The UNCC student fought his assailant and in doing so possibly saved countless lives. 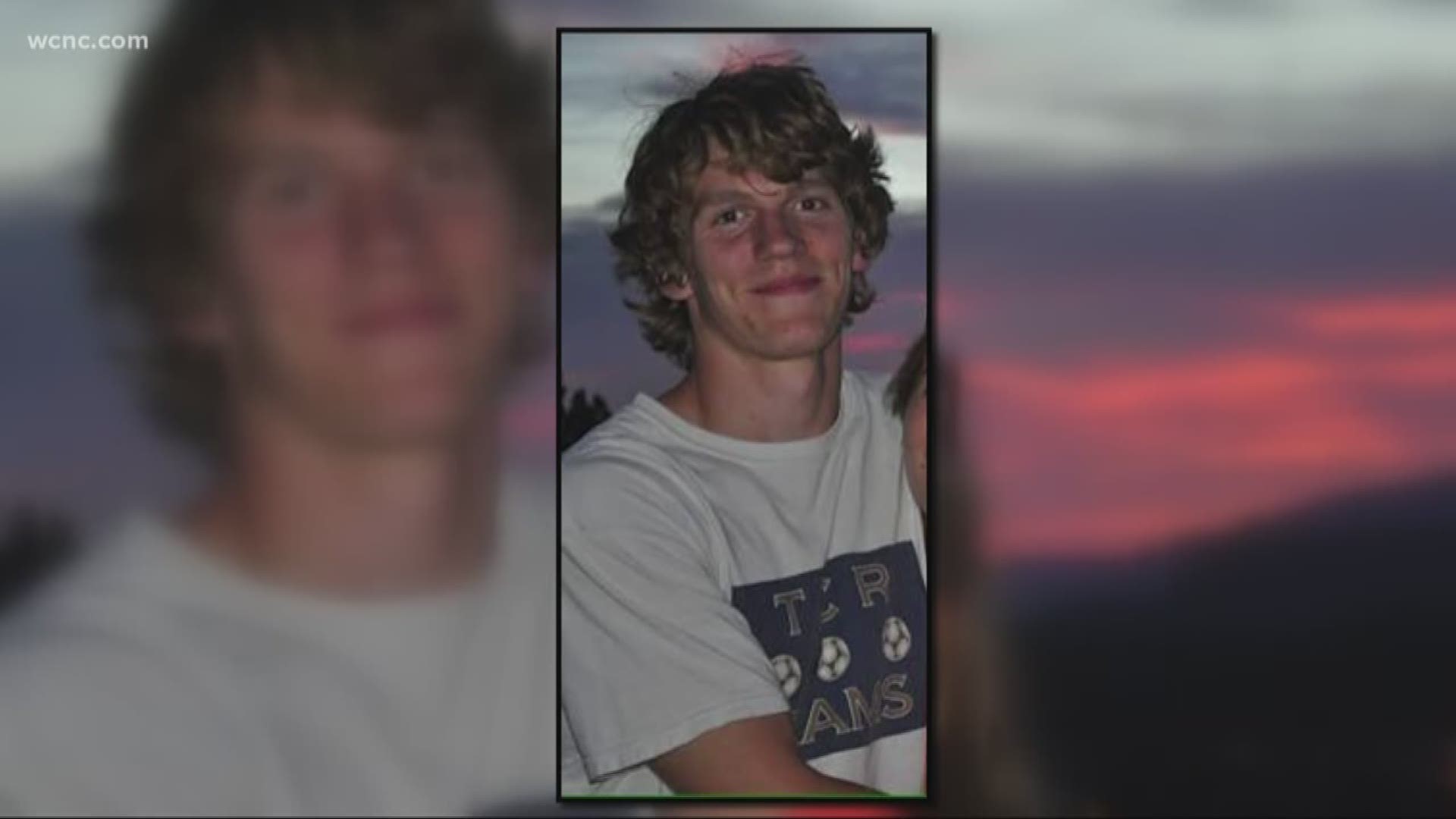 CHARLOTTE, N.C. — Those who truly knew Riley Howell will all say the same thing.

So when a gunman walked into his classroom at UNC Charlotte late Tuesday evening and opened fire, officials said Howell sacrificed himself to save his peers.

Several students packed the Kennedy room at UNCC for their final Anthropology lecture on their last day of classes. Their professor, Adam Johnson, had his students giving team presentations when 22-year-old Trystan Terrell walked in and began shooting.

According to multiple reports, Terrell didn't say a word before he opened fire on the class.

Chief Putney said Howell's sacrifice saved lives. Blocked inside a classroom, Putney said he had no option to run or hide, so he fought.

Nick Stanley, a student in the class at the time of the shooting, credited Howell for saving his life.

"Upon hearing about the actions that Riley Howell took in the moment of terror I can honestly say this man saved my life. He faced evil face to face, taking the assailant off his feet, sacrificing himself to save the rest of us," Stanley said. " I turned and ran as soon as I realized what was happening not turning to look back. Being only 15 ft from the start of the demonous rampage, I would not have had the time to escape without his courageous action."

A spokesperson for the Howell family released a statement Wednesday afternoon that described the lovable and one of a kind guy they lost in the school shooting.

"He was friends with anyone and every one--a big, muscular guy with a huge heart. He loved Star Wars, birds, cars, snowboarding, going to the lake, Kentucky Hot Browns cooking from scratch with cast iron while listening to the Feel Good Classic Soul playlist, and his Lauren.  He could also put away a pizza," the statement read.

The Howell family mentioned that their son was quick to make friends.

"He was the kind of person who you knew would take care of you the moment you met him, and he always did," the statement said.

Riley also had a long-term girlfriend whom he loved fiercely.

"At 21 years old, Riley Howell was a big kid, who loved life, his family, and his soul mate Lauren. He was everyone’s protector, always standing up for what he believed in and lending a strong back to those in need," the family said about Riley.

Lauren Westmoreland penned a quick note to Howell on her Facebook page as well -- it read:

I just don’t really have any words. I keep hoping and hoping I will wake up from this awful dream, but I know that I won’t. I don’t know what to do, but I thank you for everyone who is reaching out to his family and my family and me. Keep us in your thoughts for the dark days to come.

According to UNCC school directory, Howell was an Environmental Studies major.

Former and current staff members of  T.C. Roberson High School where Howell graduated also reflected on his life and impact at their school.

"I remember precisely where Riley sat in my classroom. I remember our conversations. I remember Riley's enthusiasm for life, infectious smile, and bright-eyed amiability. He was as easy to love as he so easily loved others," said Ms. Tristen Plemmons, English teacher.

How UNCC Police took down the campus gunman