Police believe all three crimes may be connected based on evidence that shows similarities between the separate crimes. 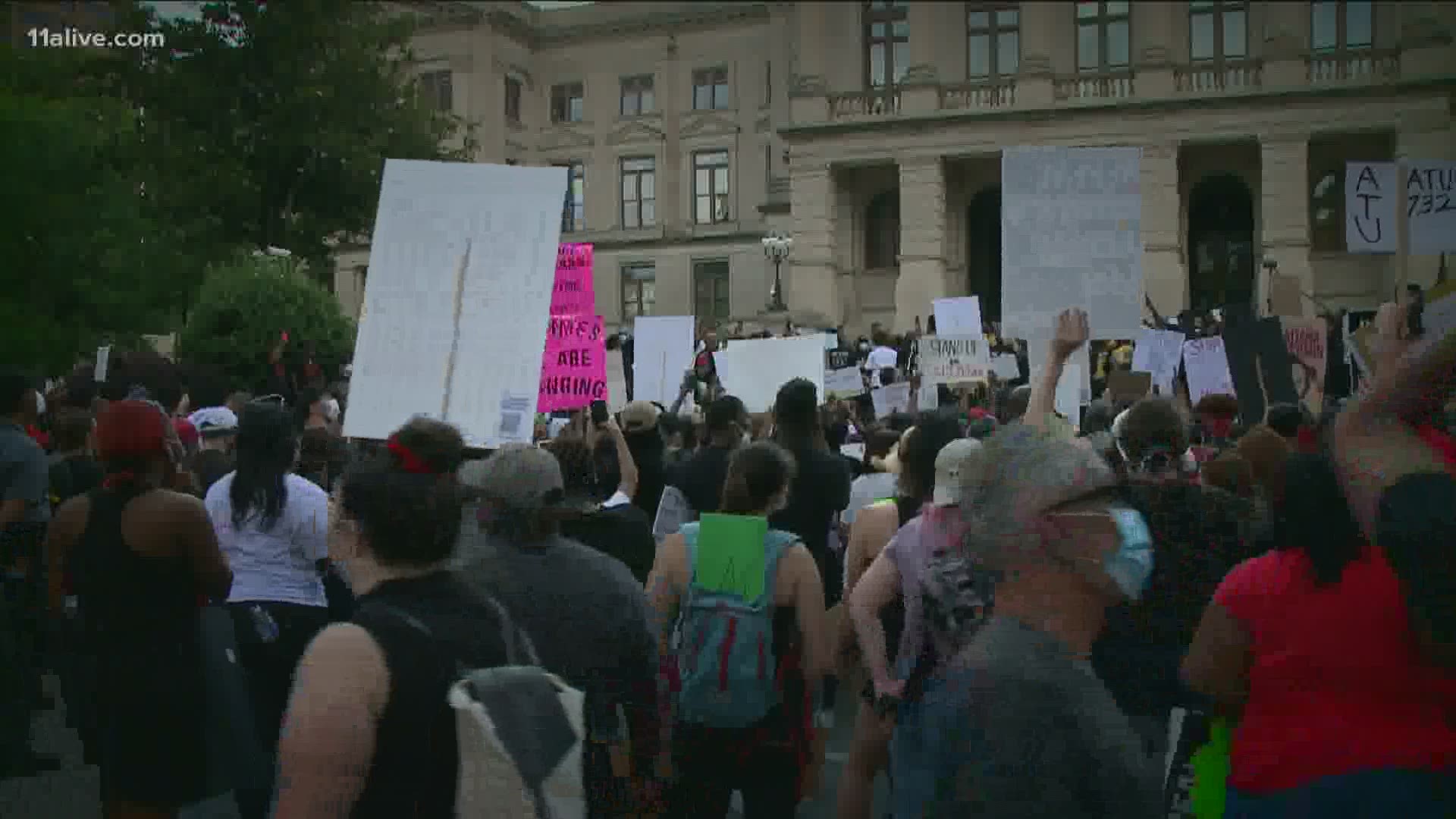 ATLANTA — Atlanta Police are investigating the separate deaths of three people that they believe may be related.

Mayor Keisha Lance Bottoms made the announcement on Monday and reported that the city is working with its partnering agencies to alert Atlanta's homeless population since all three victims appeared to be without a residence.

The latest of the three deaths happened on Monday morning in the area of Pryor Street and Rawson Street in Southwest Atlanta. Mayor Bottoms revealed Monday afternoon that the victim, a woman, was shot multiple times inside a tent. The suspect was last seen walking north on Pryor Street according to a witness.

Now, police are eyeing the evidence as to whether the same person who killed her was also tied to two others.

The first occurred on June 1. In that case, police found 45-year-old Timothy Terrill Smith shot multiple times under an overpass near Baker-Highland Connector and Piedmont Avenue. A witness told police that Smith occasionally sleeps there.

The second homicide victim was found on June 12, though police believe he died a day earlier. Officers were directed by a passerby to another body under an overpass near I-20 and Windsor Street. The victim in this case, 56-year-old Curtis Cockrell, was also shot multiple times.

The victim in the most recent case on Pryor Street hasn't been identified pending the notification of her family.

Right now, the description of the suspect is relatively vague and based on a witness description from the most recent killing. He was described as a black male between 5 feet 10 inches tall and anywhere from 170 to 200 pounds. He was wearing a dark ball cap, a long-sleeve white t-shirt, and dark jeans. He also had a drawstring backpack, Mayor Bottoms said.

Police also said there are similar circumstances that lead them to believe that the cases are connected. In each case, the victims were shot multiple times, were experiencing homelessness, and were apparently asleep during the attack.

As the search continues for the person, or people, responsible for the killings, Bottoms said the city is working with the Continuum of Care Program and other service providers to communicate with those who are homeless and make sure they are on high alert.

Atlanta Police issued a note on Monday evening saying they are working diligently to bring the perpetrator of these crimes to justice. They're asking anyone with information to call Crime Stoppers at 404-577-8477 (TIPS).

Man asks Gwinnett deputies to arrest him for public drunkenness, but they help him instead