Police say three men and two women were in the hotel room when the fight broke out. 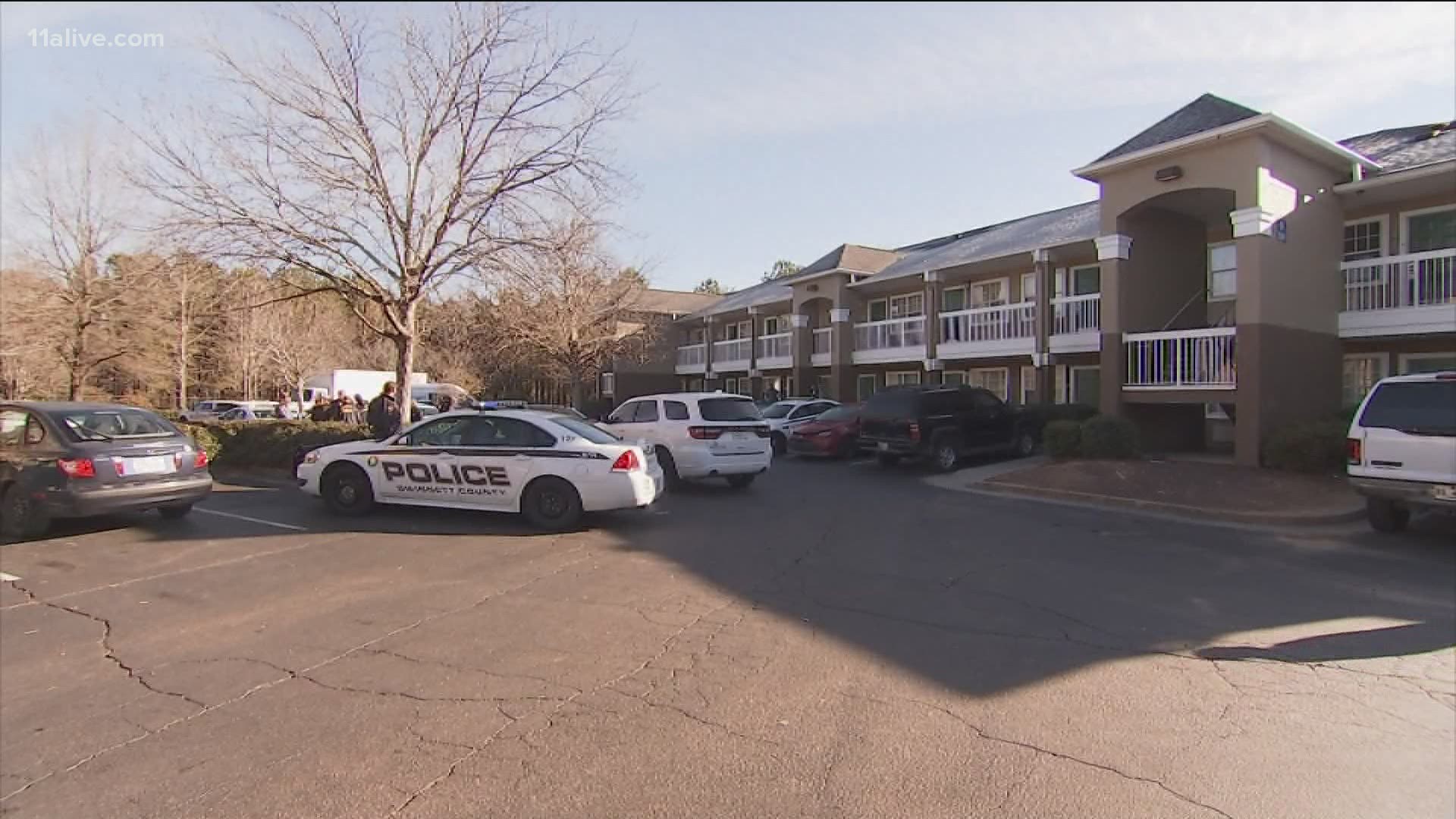 NORCROSS, Ga. — A man's body was discovered in a hotel room in Norcross Sunday morning after a fight between a group of people.

Gwinnett County Police say they received the call shortly before 8 A.M. of a shooting at the Hometown Suites on Jimmy Carter Boulevard at Peachtree Corners.

When investigators arrived they found the body of an unknown man. Preliminary information is that two men were staying in the room. The men called a woman, who then called another man to the room. That third man arrived with another woman.

Police say an argument broke out and one of the two original men in the room shot the third man, later identified as Quantez Williams, 41.

They are investigating the death as a homicide. No suspects have been arrested.

"The exact motive for the crime is still unknown. Investigators would like to speak with any other residents or passersby who may have heard or seen the crime," Gwinnett Police said in a release Sunday afternoon.