Police have not released any other details at this time 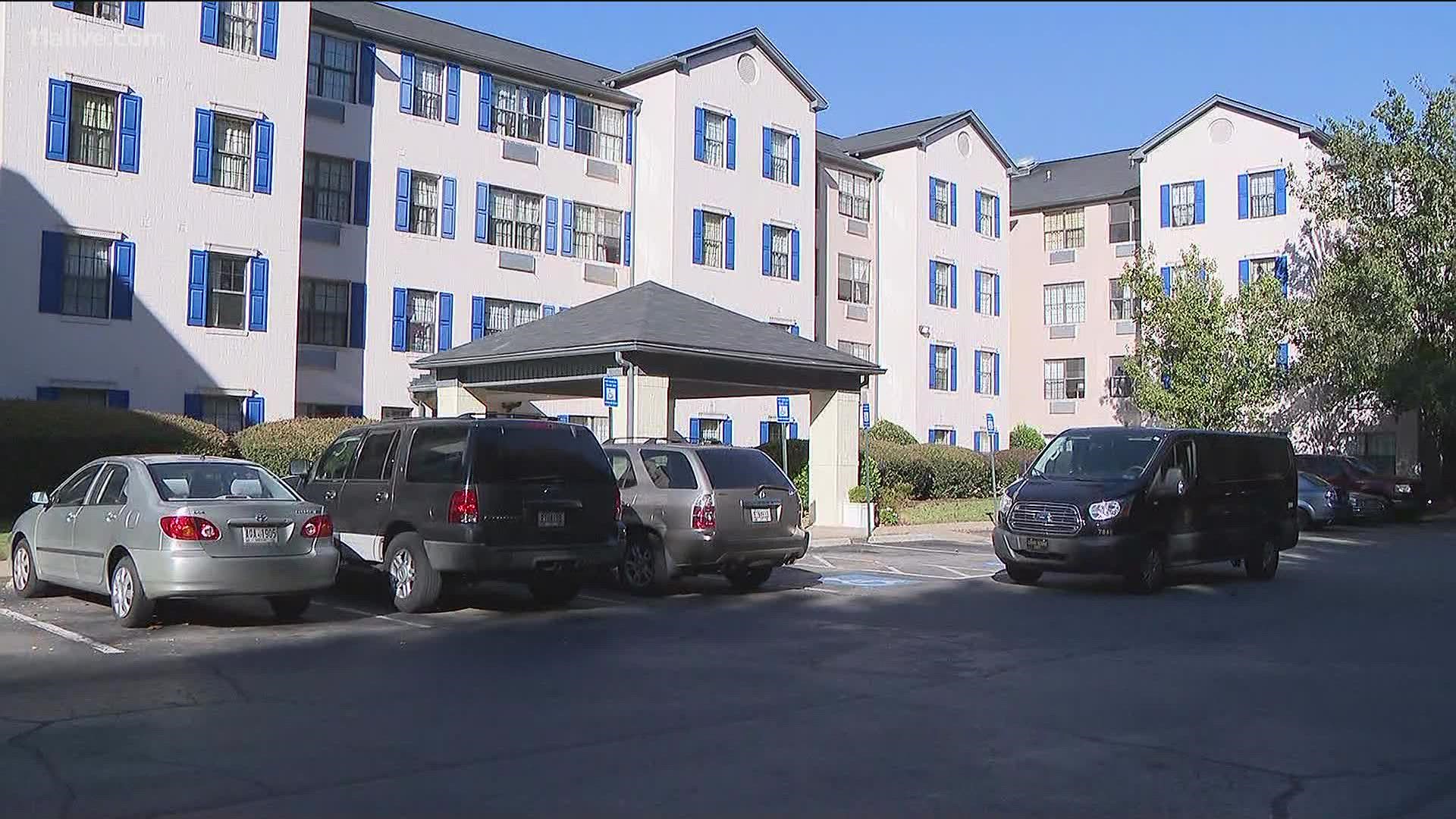 MARIETTA, Ga. — Cobb County Police are investigating a homicide at a hotel Monday in Marietta after a woman's body was found.

They went to the scene at 2350 Barrett Creek Parkway Northwest in Marietta around 11:30 a.m. This is the site of the InTown Suites Extended Stay Marietta Town Center.

On Tuesday, police identified the 31-year-old woman as Jalin Belton. They said she likely died from injuries sustained from an "edged weapon."

"This area usually doesn't have that kind of crime," said Harvey Young, a neighbor who lives nearby. "It's very distressing."

Young described that while the area is home to several townhomes and described as a "tight-knit community," the hotel is an area that needs improvement.

"People are going in and out and we don't know what's going on," he added.