Captured: Here's how the manhunt for a Texas fugitive accused of shooting Georgia deputy ended

Dalton Potter is now locked up, and the sheriff's office wanted to thank the community who assisted with the three-day manhunt. 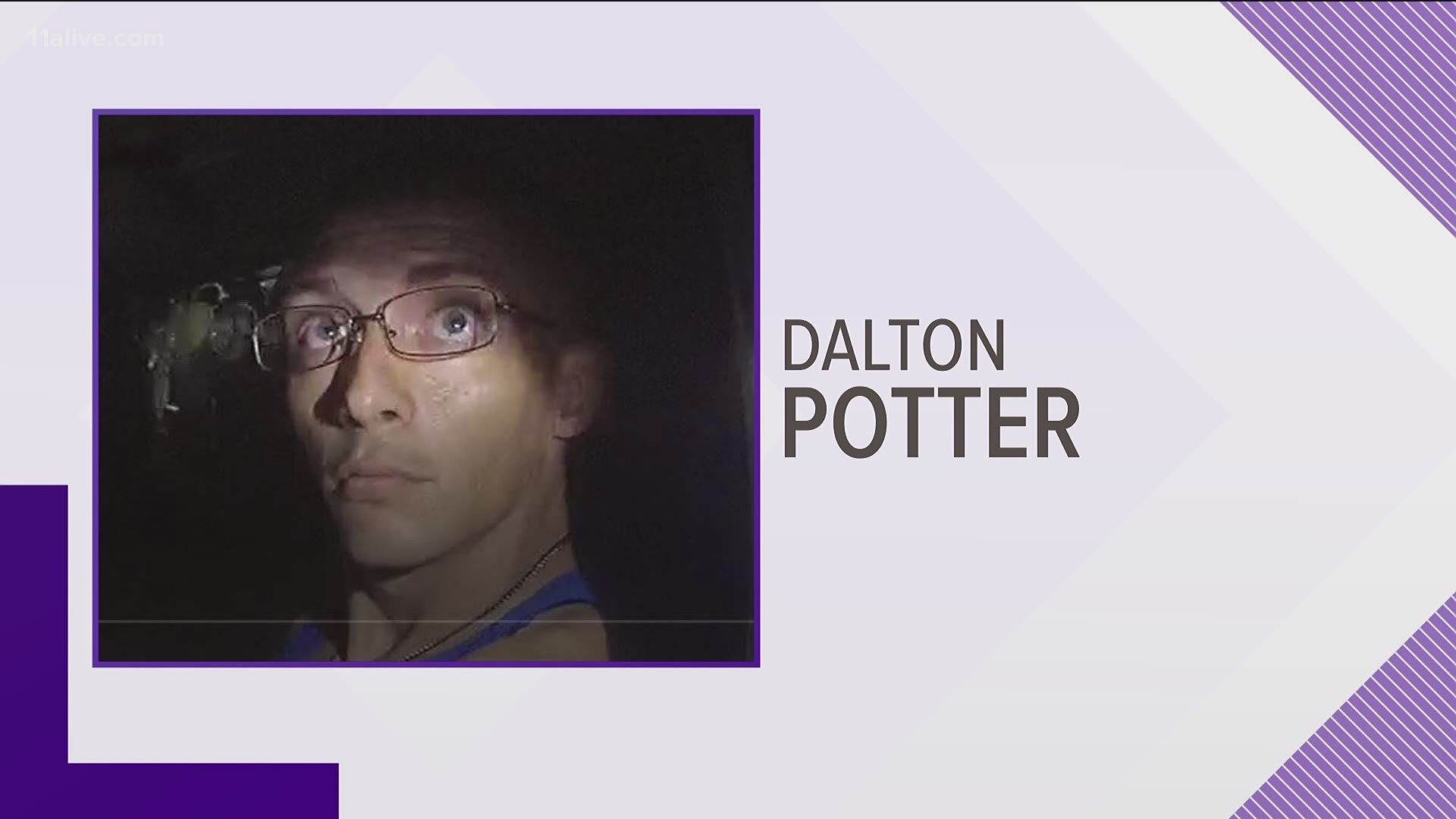 ATLANTA — A Texas fugitive is behind bars after a multi-state manhunt came to an end Wednesday night in north Georgia.

Suspect Dalton Potter was accused of opening fire on a Georgia deputy this week. The Labor Day incident happened during a traffic stop, and within seconds of the deputy walking up to his vehicle, shots were fired.

Potter then took off, but a second man who was with him was captured the next day – 47-year-old Jonathan Hosmer.

"The deputy that received a hit in the back of the bulletproof vest, he's doing great. He's doing fine,” Whitfield Sheriff Scott Chitwood said during a press conference.

The sheriff's office said Potter was spotted in Gordon County Wednesday night, when he shot a homeowner during what appeared to be a home invasion. That man is expected to be OK. According to officials, Potter was grazed by a bullet.

Credit: Georgia Bureau of Investigation
Dalton Lee Potter, 29, is wanted following a shootout with deputies in Whitfield County. He is considered armed and dangerous.

Multiple law enforcement agencies went to Gordon County and started to comb through the area looking for him, and that's when they found him hiding in a swampy area.

"We set up a very, very large perimeter, and we're very fortunate to take him into custody without incident,” Chitwood said.

The GBI added that explosives were found in the stolen trailer that was connected to Dalton Potter.

RELATED: Explosives discovered in stolen trailer connected to wanted man who got in shootout with deputies

Potter is now locked up, and the sheriff's office wanted to thank the community who assisted with the three-day manhunt.

The Georgia Bureau of Investigation said both Potter and Hosmer were wanted out of Texas for charges of larceny and theft. The deputy who was shot is expected to return to work next week.