A missing person report reveals Victor didn't specify where she was headed, but she told her roommate she "was going to meet a guy" the night of July 8. 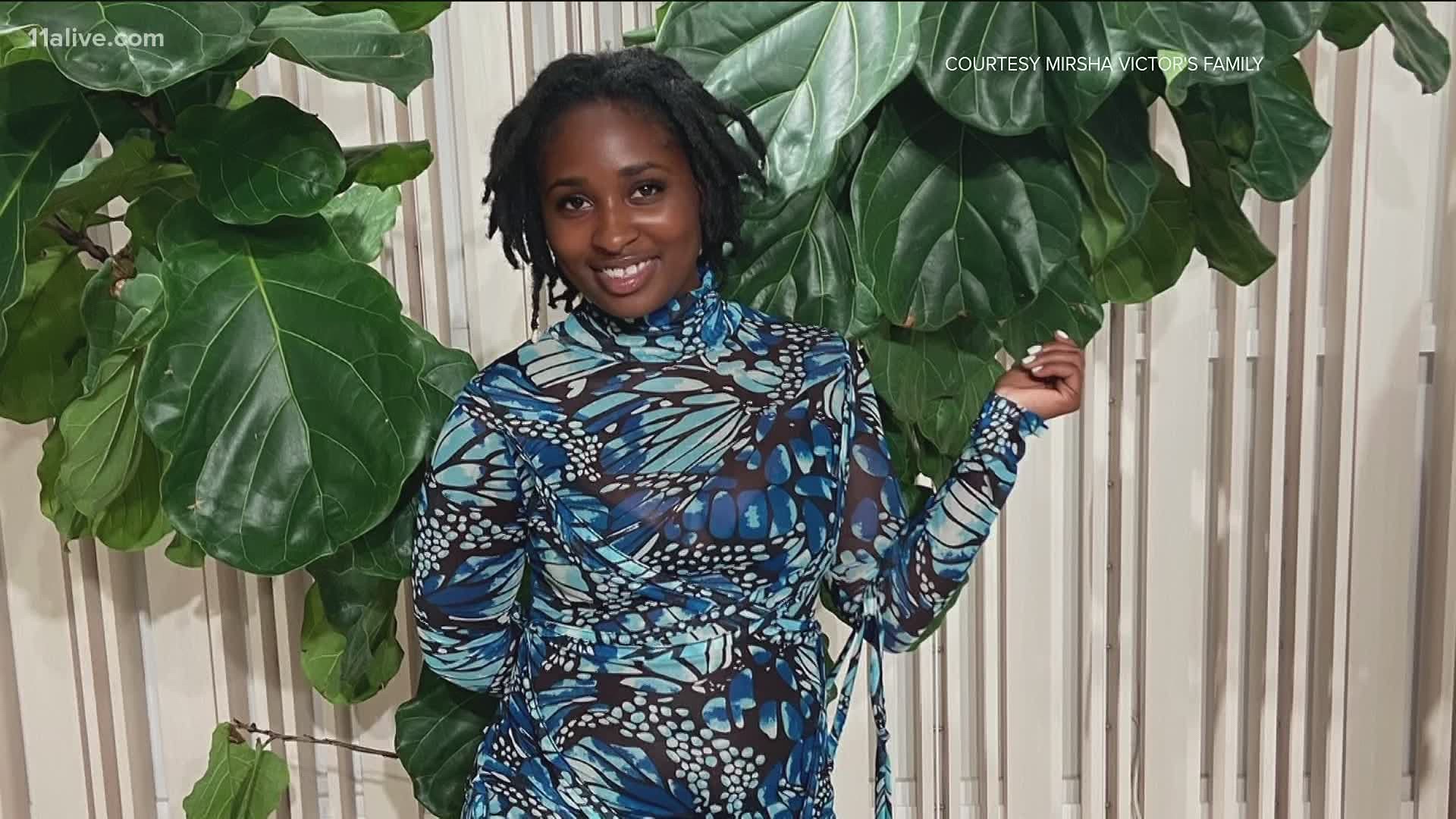 HENRY COUNTY, Ga. — The human remains officials found the woods nearby a Henry County shopping plaza are confirmed to be that of a missing woman, according to the Henry County Medical Examiner.

Henry County officials say they utilized DNA and dental records and worked with the Georgia Bureau of Investigations to positively identify the human remains found on July 19 as Mirsha Victor.

Henry County Police say they discovered human remains in the woods next to the Spivey Junction shopping plaza in the area of Hudson Bridge Road and Oakwood Manor on July 19. At the time, after police and the GBI recovered those remains and gathered evidence, they said the remains could possibly be 23-year-old Victor, who was reported missing July 8 out of DeKalb County.

RELATED: What we know | Henry County human remains belong to missing woman, 3 charged in her disappearance

A missing person incident report from the DeKalb County Police department reveals Victor's roommate was the person who reported her disappearance that Thursday.

DeKalb police responded to the Creekside Apartments to meet with Victor's roommate and mother just after midnight. Her roommate told law enforcement Victor left their apartment around midnight the night before and hadn't been back since.

Her roommate told authorities Victors didn't specify where she was headed, but she did say she "was going to meet a guy."

According to the report, Victor's roommate told police she couldn't reach her cellphone and decided to check and see if the missing 23-year-old was at Kabobs — her place of work. That's when a manager told Victor's roommate she never showed up.

Lake City police later found her cell phone inside a trash can at Kabobs while investigating, according to a police report.

Three people are charged in connection with Victor's case. Dennis Lane, Cleounsee Fisher, and Ronisha Preckwinkle have been booked into the Henry County Jail.

Police say they saw a missing mattress and blood on the floor and bathroom inside Lane's residence on Hudson Bridge Terrace the day after Victor was reported missing. Investigators also found a white mattress laying on top of the dumpster across from his home that appeared to have blood stains.

The Henry County medical examiner confirmed Mirsha Victor's human remains were found on July 19. Authorities say they believe she was murdered the day she went missing.

Officials say they also found a set of human remains in the area of Highway 42 near Campground Road on July 12 nearby where Victor was found, which may be linked to a missing person's case in 2014.

“We have some leads of additional, potential victims that we're following up on at this time,” Lee said.