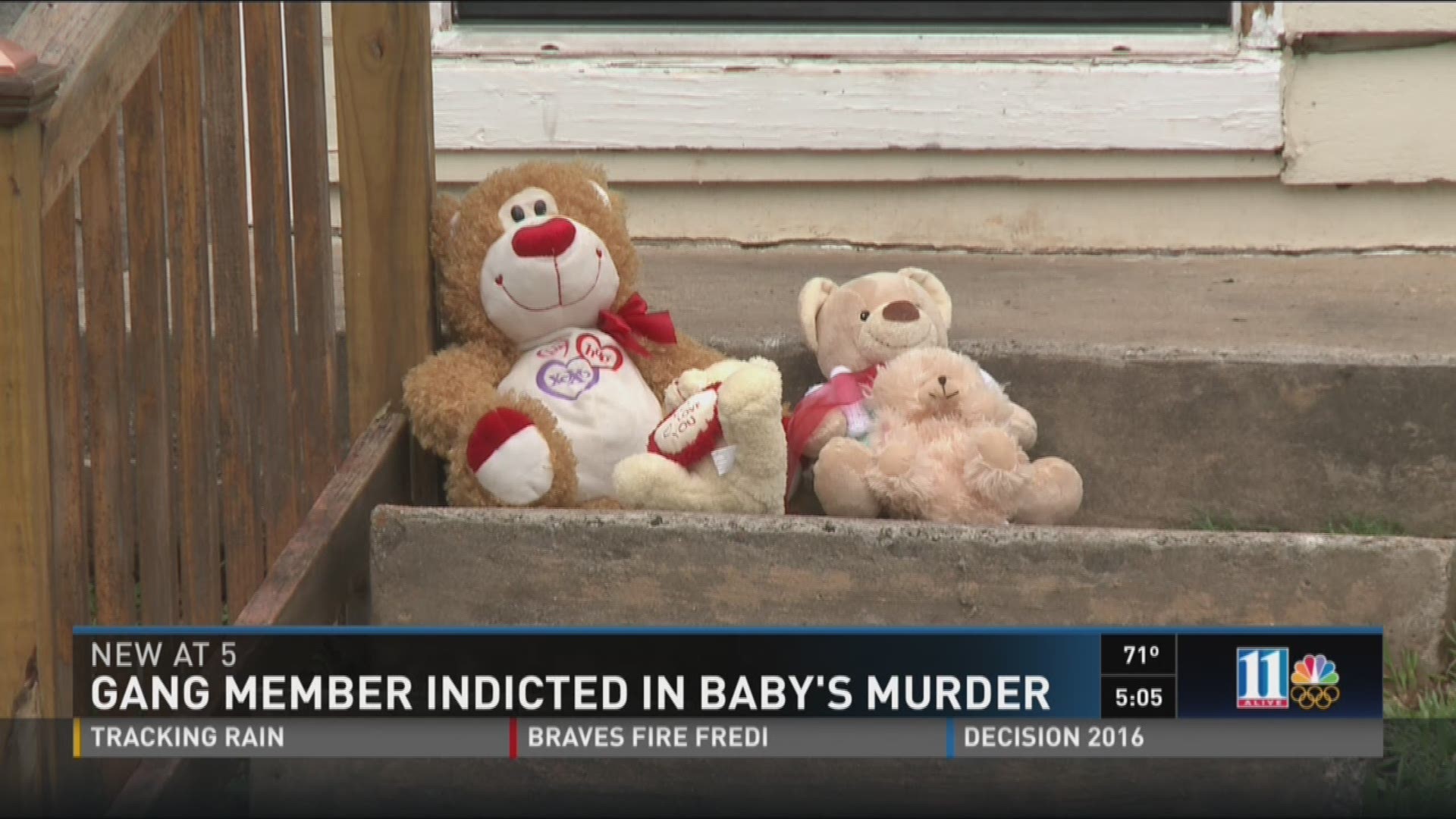 Kenneth Eric Jackson is charged with ordering an inner-gang retaliation hit that killed a nine-month-old. When he allegedly ordered the hit, Jackson was behind bars in a Georgia prison.

What’s been alleged as the motive for this particular murder was retaliation. Earlier that year, a young woman was killed with a rock and shot several times. “She was tracked down and she was murdered. This was part of the retaliation process,” DeKalb County District Attorney Robert James said in a Tuesday afternoon press conference.

On May 10, 2014, acting on orders from Jackson, police say several alleged gang members forced their way into a home and shot indiscriminately at three women and the baby. Everyone was shot but nine-month-old KenDarious Edwards, Jr. was killed.

The suspects in that case were also named in the indictment. They are Devin Thomas, Marco Watson and Christopher Florence. Eunice English was also named, though officials say she is not an official gang member.

MUG SHOTS | Several named in indictment for shooting-death of baby

1 / 5
DeKalb County Sheriff
Kenneth Eric Jackson was indicted for the shooting-death of a 9-month-old baby.

These five face more than 15 counts ranging from malice murder to aggravated assault and kidnapping.

A representative from the Georgia Department of Corrections said they are with District Attorneys to help in any way they can with these criminal investigations. He pointed out that criminals in prison do not stop being criminals because they're locked up.

"They continue to conduct criminal activity at every chance they get."

He said that's why the DOC has to continue to monitor individuals even after they're incarcerated.

Cell phones are a big problem for prison and jail officials. Last year, more than 7,000 cell phones were smuggled into Georgia correctional facilities. Experts say the inmates use them to conduct scams and criminal operations from inside their cells.

The FCC is now considering plans to block cell phones from being used inside prisons and jail cells.

In February, the FBI arrested 46 current and former guards accused of taking bribes and sneaking in phones, drugs and alcohol.