The inmate's injuries were not life-threatening. 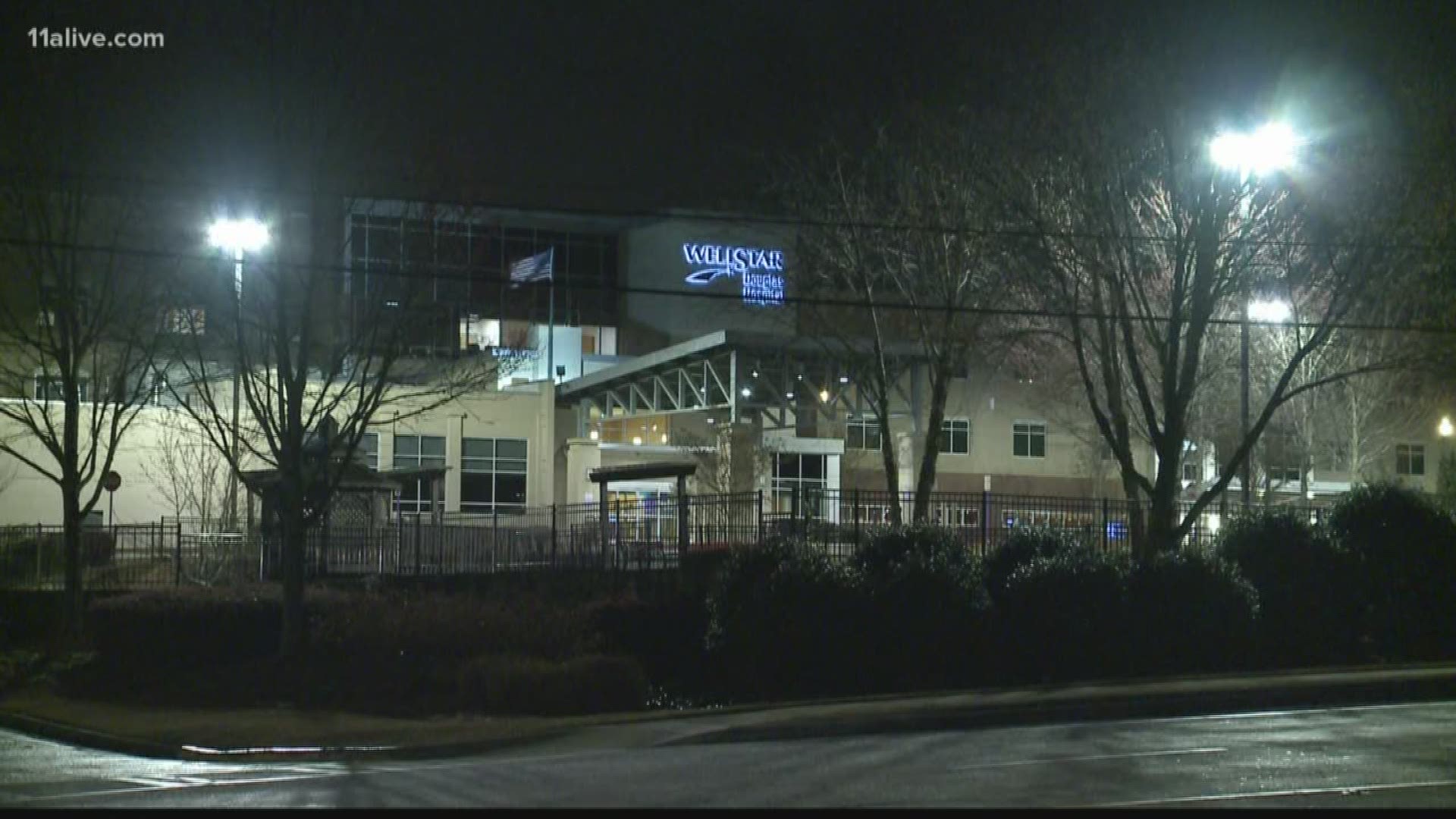 DOUGLAS COUNTY, Ga. — An inmate allegedly tried to flee the hospital where he was receiving medical treatment on Thursday night, attempted to grab a deputy's gun and accidentally shot himself, according to the Georgia Bureau of Investigation.

The GBI is now investigating the incident.

It happened shortly after 11 p.m. at WellStar Douglas Hospital in Douglas County. A Douglas County sheriff's deputy was not injured in the incident, the GBI said.

"A struggle ensued between the deputy and the inmate," the GBI said. "The inmate grabbed the deputy’s firearm and fired the weapon, striking himself."

The inmate's injuries were not life-threatening, the GBI said.

In a statement, WellStar said:

The incident that occurred on the evening of March 12 at the Wellstar Douglas Hospital location involved a patient from the Douglas County Detention Center and a deputy. No other patients or staff were involved or injured during the brief incident and the facility remains open. Please direct any additional questions to the Douglas County Sherriff’s Office.

It was not disclosed what the inmate was being treated for.