Demonstrators everywhere posted videos of them running 2.23 miles, a distances that was a nod to the day the 25-year-old died - Feb. 23. 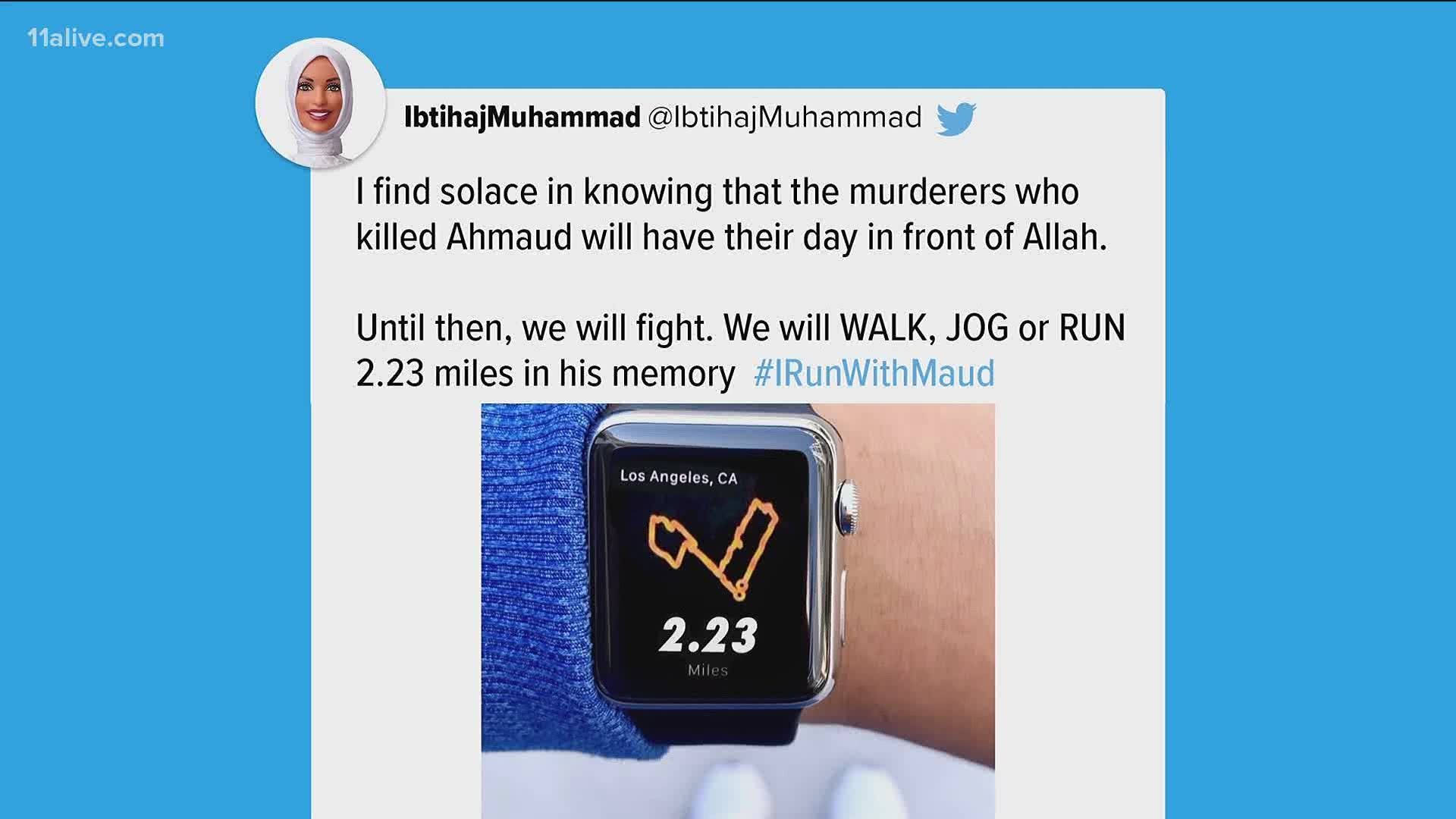 ATLANTA — The hashtag #IRunWithMaud was a trending topic all over social media Friday, as people shared videos and their tributes to honor the memory of Ahmaud Arbery.

The hashtag has become a rallying cry in the days after the release of a video showing the moment Arbery was shot and killed while jogging through a south Georgia neighborhood.

RELATED: 'That smile is what makes your day': Friends remember Ahmaud Arbery's impact on those around him

Demonstrators everywhere posted videos of them running 2.23 miles, a distance that was a nod to the day the 25-year-old died - Feb. 23.

In south Atlanta, men, women, and even children, gathered to run in Arbery's honor. They met at the Carver Market, where they first held a moment of silence.

Several celebrities also posted their own tributes to Twitter, including Super Bowl Champ and two-time Pro-Bowler Jermon Bushrod, who shared his running stats and birthday wishes for Arbery.

U.S. Olympic fencer Ibtihaj Muhammad also posted her miles, saying she finds solace that the suspects will have their day in front of Allah.

And Malcolm Jenkins, another NFL player sent his blessings to Arbery's family and loved ones in a video.

The two suspects accused of shooting Arbery, Gregory and Travis McMichael were both arrested Thursday, May 7, and charged with murder more than two months after Arbery's death. They were denied bond in a Friday first appearance before a judge.