She could face several years in prison if convicted. 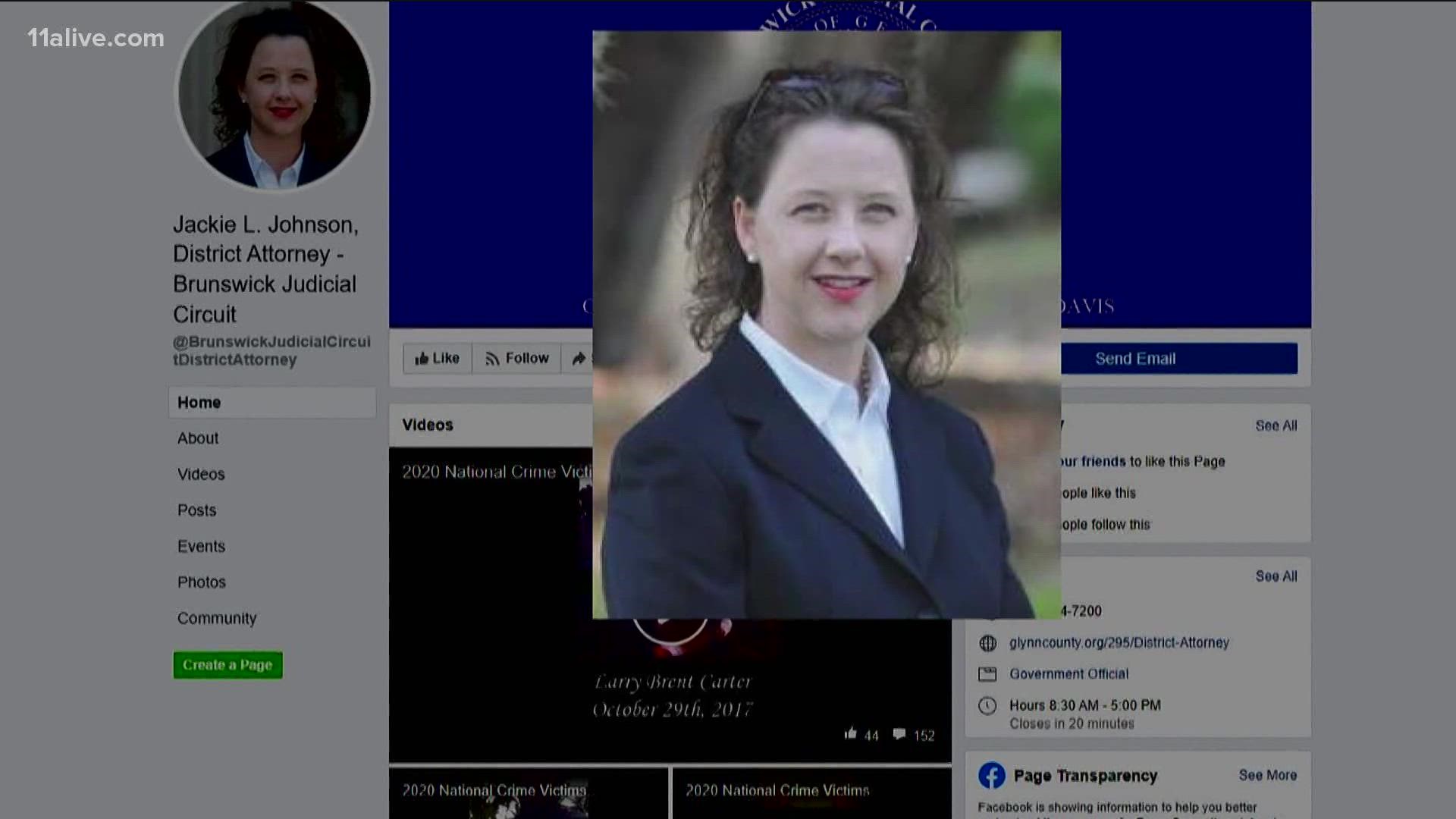 ATLANTA — The former Brunswick district attorney who faced scrutiny for initially not bringing charges in Ahmaud Arbery's shooting death has now been indicted for how she handled the case.

Attorney General Chris Carr announced the indictment Thursday afternoon. Jackie Johnson is charged with violation of oath of a public officer and obstruction. She could face several years in prison if convicted.

According to a press release, Carr's office presented evidence to a Glynn County Grand Jury over several months; the investigation originated because Johnson initially didn't file charges in the case and later recused herself from it.

Arbery, a 25-year-old Black man, was shot and killed while on a run through a Brunswick neighborhood in February 2020 by two white men. A third man, an alleged accomplice who is also white, was also charged.

The suspects, including father and son Gregory McMichael and Travis McMichael, claimed there had been burglaries in the area and confronted Arbery. The shooting has been decried by activists as a vigilante murder. There is no evidence Arbery was ever connected to any kind of burglary; he was unarmed.

The McMichaels' neighbor, William "Roddie" Bryan was accused of driving behind Arbery and filmed the video of his death.

Johnson reportedly had the video of Arbery's death months before it surfaced publicly and, according to the indictment, Johnson is accused of ordering police not to arrest Travis McMichael. Gregory McMichael was a long-time employee of the DA's office.

Atlanta attorney Page Pate said the indictment also accuses Johnson of breaking the law in the way that she got the case transferred to another DA, Waycross DA George Barnhill.

Barnhill had reportedly already concluded that the suspects had acted in self-defense and did not intend to prosecute them.

"I think it was clear that she did want to keep the McMichaels from being charged, and that by directing it to a DA who she thought would be friendly towards that thought, or basically share the same idea as she had about the case, would keep them from getting charged," Pate explained.

The three men are scheduled to stand trial on Oct.18, 2021 on murder charges in the Glynn County Superior Court in Georgia. The men were indicted on federal hate crime charges in April. The indictment charged the McMichaels with separate counts of using firearms during that crime of violence.

Recently, a judge for the case ruled that Aubrey's prior run-ins with police couldn't be used by defendants accused of his murder.