The suspect was taken to the hospital. No other injuries have been reported. 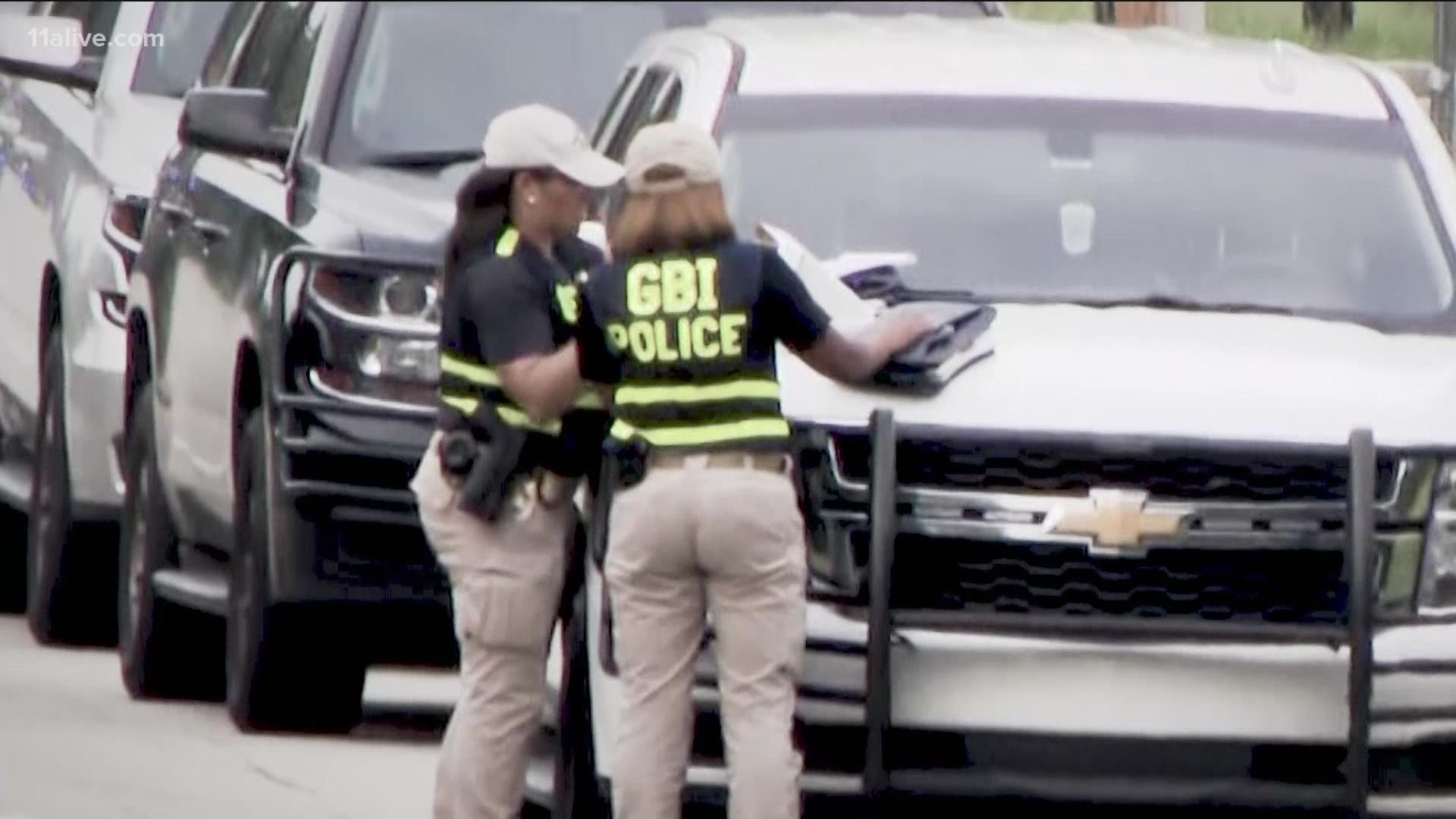 POWDER SPRINGS, Ga. — A suspect wanted in connection with a Monday morning armored truck robbery was shot and taken into custody following an afternoon police chase, according to authorities.

The arrest happened along Brownsville Road in Cobb County. Three agencies worked together to make the apprehension, according to Cobb Police Sgt. Wayne Delk.

"Cobb County Police officers were with Powder Springs Police officers and actually, the FBI was in the area as well," Delk said. "They were actually looking for an armed robbery suspect who had robbed an armored truck, or armored vehicle earlier this morning in Holly Springs."

He said law enforcement received information that the suspect was in the area and authorities tried to make an arrest.

“At some point during that exchange, a Powder Springs officer did fire a round and strike the suspect," Delk said. "He fled the scene in the vehicle and during the time he was fleeing from officers, he struck several other vehicles.”

Delk said said a Cobb officer did a PIT maneuver and stopped the vehicle; he was taken into custody.

The suspect, who was shot in the arm, was taken to the hospital with a non-life threatening injury.

Delk said the FBI was involved because the agency investigates bank and armored vehicle robberies.

Holly Springs Police told 11Alive that just before 8 a.m., they were dispatched to the WellStar Cherokee Health Park on WellStar Way to respond to a call about a person shot.

The victim, a Brinks security guard, was shot during the robbery. The victim was taken to the hospital in stable condition.

Delk said the Georgia Bureau of Investigation is looking into the shooting involving the Powder Springs officer.