Rashid Gooden now faces charges of Aggravated Assault in connection to the incident. 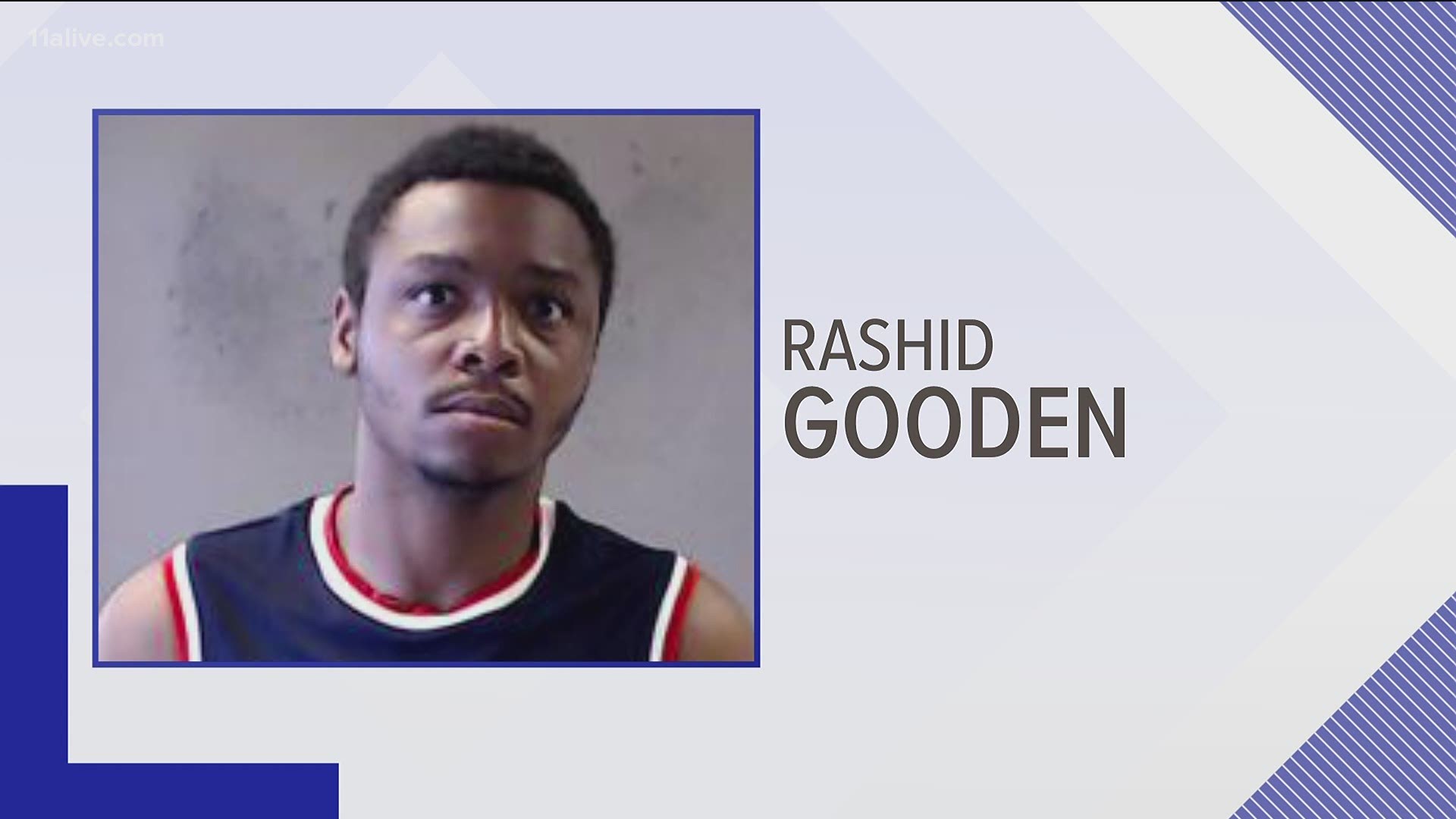 ATLANTA — A man is in custody after police said he randomly attacked a woman with a baseball bat outside an Atlanta business.

Rashid Gooden now faces charges of aggravated assault in connection to the incident.

Atlanta Police said officers responded to a business in a shopping center at 1046 Fayetteville Rd. around 3:30 p.m. back on Aug. 23. By the time they arrived, police said witnesses to the attack were holding Gooden down, according to an Atlanta Police report.

Jeremy Clay was one of those witnesses.

According to Clay and others who saw the attack, Gooden had been seen earlier in the day knocking on doors and swinging the bat.

"We was coming back from filling up at the gas station, and I seen the dude and he was just walking around with a bat, hopping around. I'm like, 'this man crazy and I see him walk to the parking lot," Clay told 11Alive over the phone. He didn't want to show his face out of fear of retaliation.

"Next thing, you know, I seen the lady go down, and I'm like, 'what happened to the lady? What happened'?"

Suddenly, Clay said Gooden swung at Joann Davis. A woman who saw what happened confronted Gooden, who then began chasing the woman around.

That's when Clay stepped in.

"When I seen him swinging the bat at the ground, I told my driver, I said, 'Aye man, he hitting the lady with the bat! He's attacking the lady'," Clay recounted. "And without hesitation, me and the driver rolled right over there and jumped right into action, like, 'hey, what's going on? Stop!' And once he seen me and my driver hop out, and another guy came out of nowhere - and once he seen us, he looked at us and was like, 'oh my God.' He ran away."

Clay and the other witnesses were able to catch and hold onto Gooden until police came to arrest him.

Davis was taken to Atlanta Medical Center for treatment for a fractured skull, brain bleeding and massive bruises, according to information shared in an online crowdfunding campaign for her. She is now home recovering, after spending four nights in the hospital.

Gooden was ultimately arrested by police and taken to the DeKalb County Jail where he was charged.

As for Clay, he said in that moment, he just knew that he had to act.

"My first thought was, that could be my grandmom or my mom, you know? So, I would want somebody to say, 'hey!' you know? To jump in or anything like that," he explained. "So without hesitation - like I say - I wasn't thinking about whether he could have hit me, something could have happened to me. I wasn't worried about my safety. I wanted to make sure the lady was OK."

"Because where I'm from, we don't - you don't just attack ladies, regardless of their race, gender, whatever. You don't just go attacking random people for no reason."