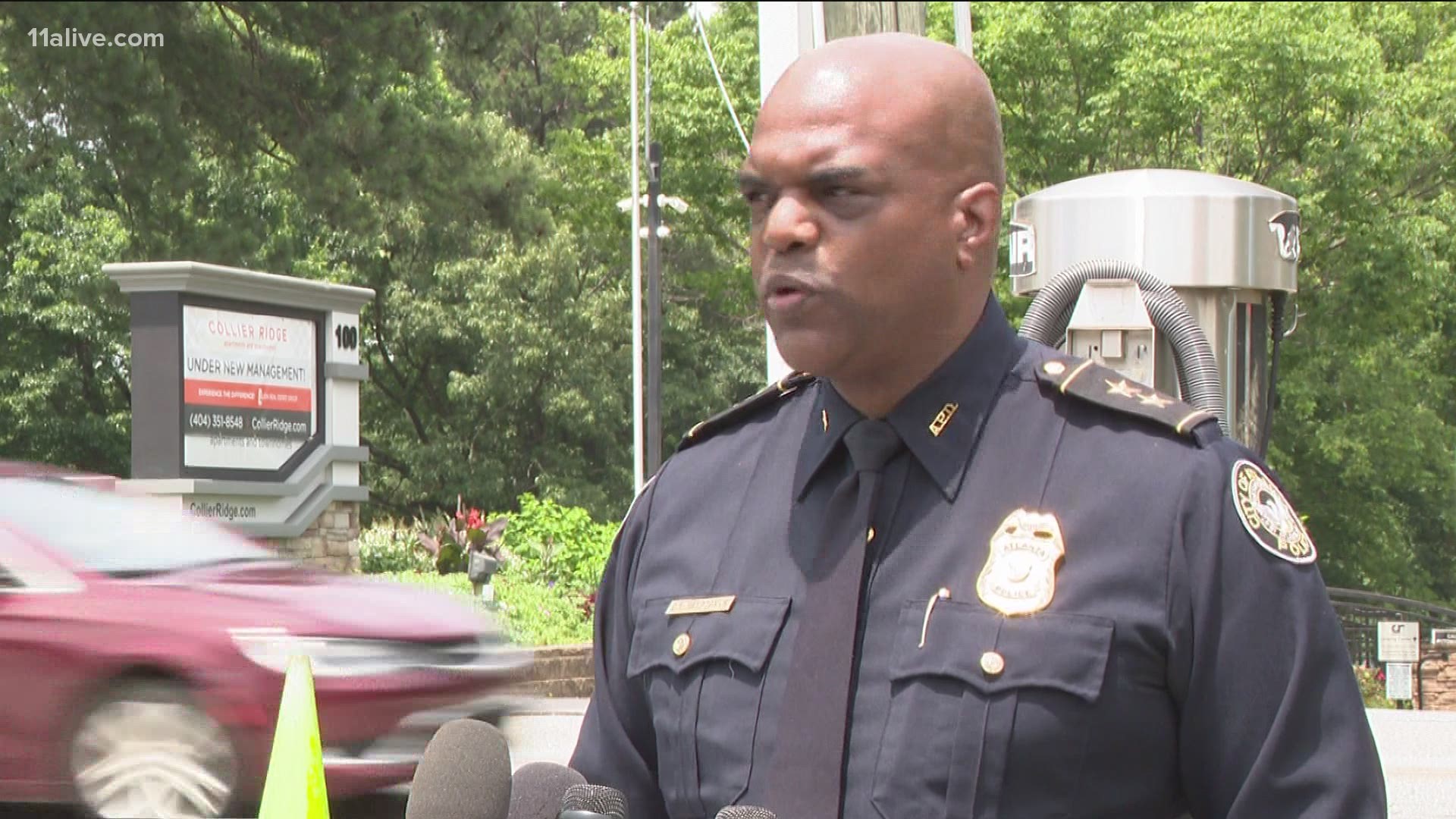 ATLANTA — A jogger was shot in Buckhead early Saturday morning in an apparent drive-by, and police believe the driver later injured another man in a car accident.

The suspect, who police identified as 22-year-old Gaelen Newsom, was detained at the scene of the car accident, police said. They said they believe the suspect may have been "suffering from a mental health crisis."

According to Atlanta Police, the initial call came in shortly after 8:30 a.m. to a location on W. Wesley Rd. NW, in between I-75 and Moores Mill Rd.

Police reported the victim, a man, was "conscious and breathing with a gunshot wound" when they arrived on scene. The victim was described as in his 40s and police said later he was in stable condition.

"Preliminary investigation indicates the gunshot victim along with two others were shot at while jogging in the area with only the one male being struck by gunfire," a police statement said.

Posted by City of Atlanta Police Department on Saturday, June 5, 2021

They said the suspect was driving a silver Hyundai sedan at the time of the shooting.

In a press conference, police later said about three hours after the drive-by shooting that they were called to an apartment complex on Noble Creek Dr. in northwest Atlanta.

At that scene, they found a man in his 20s who had been "severely injured" as a result of the car accident. They said the victim had been taking out his trash when he was struck.

Officers detained the suspect, who stayed on scene, when they arrived.

Police said they had ballistic evidence recovered from the car involved in the accident that they believe ties the vehicle to the drive-by shooting.

On Sunday, police said warrants were secured for Newsom for attempt to commit murder, aggravated battery and possession of a firearm during the commission of a crime.