The retired K-9 ultimately passed away from kidney failure. 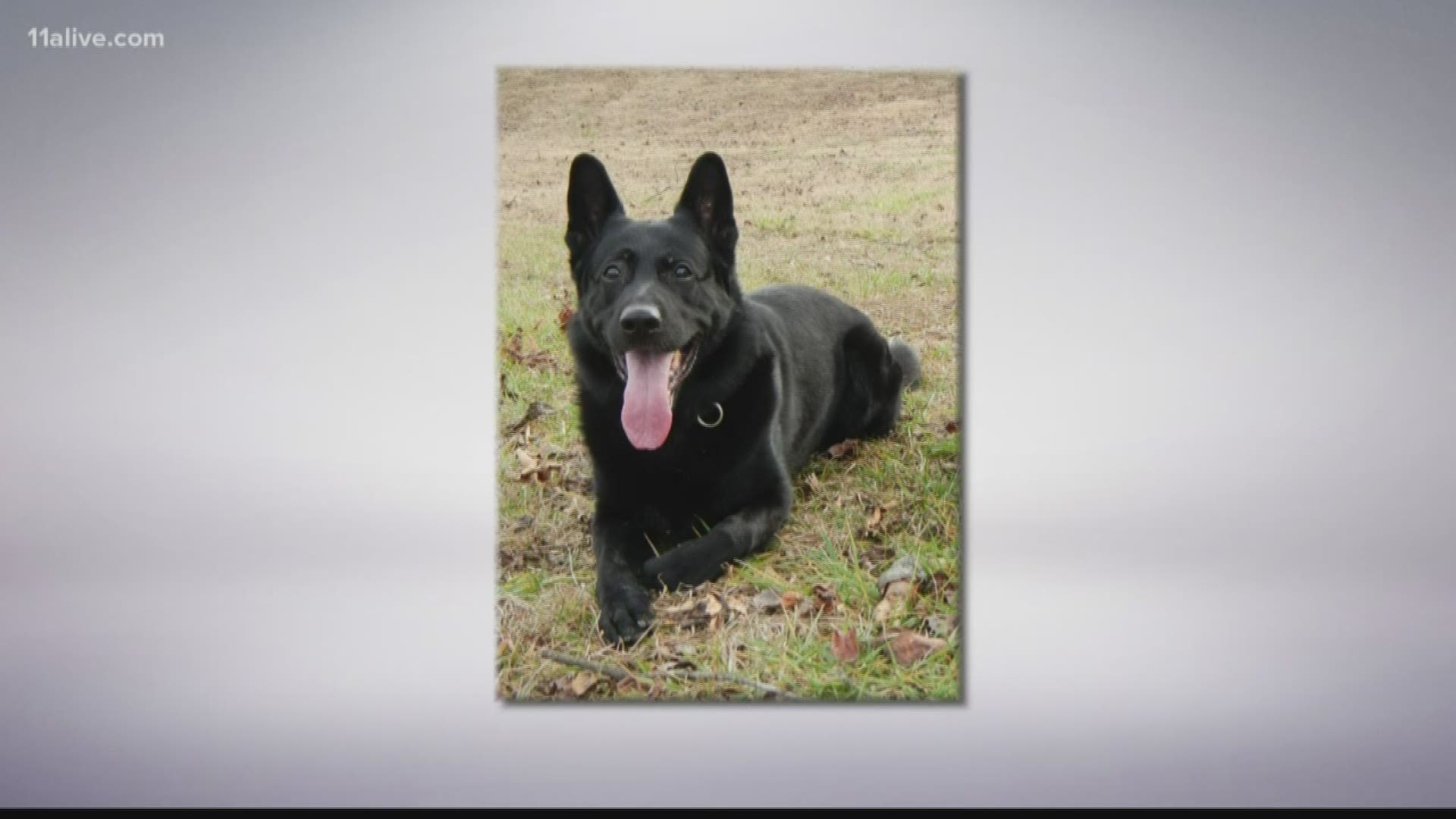 JOHNS CREEK, Ga. — He was a part of the department's inaugural K-9 team. He was responsible for multiple criminal apprehensions, as well as multiple narcotics and large cash finds.

K-9 Nico was 2 years old when he was partnered with Officer Hodge. They hit the streets in April of 2009 and worked with the B Squad Day Watch, before moving to the JCPD Traffic UNIT in 2016.

Nico was a dual purpose dog trained in multiple disciplines. Hodge said he was an extremely high drive dog and loved to work.

"During his time in service, K-9 Nico was responsible for multiple criminal apprehensions, as well as multiple narcotics and large cash finds for the JCPD, as well as other jurisdictions which called for K-9 service," Officer Hodge said on Facebook. "K-9 Nico was also responsible for successful tracks on missing persons, who had either wandered off or ran away by choice."

K-9 Nico’s first apprehension came on a deployment for the Alpharetta Police Department, where he successfully tracked and located a felony shoplifting suspect who had assaulted a store employee and then fled on foot and hid in a wooded area.

"That was a great moment for a first-time handler and his dog," Hodge wrote. "From that very first deployment to his very last, K-9 Nico always maintained that drive, and I took great pride in his work and loved having him as my partner."

Hodge said that K-9 Nico was a great dog at home, too, including being a protector of his home and Hodge's two sons -- who often enjoyed playing with Nico.

K-9 Nico had a great disposition, and Hodge said he was highly social and enjoyed human interaction, which made performing demos with him, especially at schools, very easy, and he made lots of children happy during his years of service.

"People were often surprised to see the loveable K-9 flip that switch and go into patrol mode when on command."

In May of 2017, Hodge said he had to make the decision to retire K-9 Nico from service.

"It wasn’t easy but I knew it was what was best for him."

Hodge said the transition was not an easy one for Nico.

Nico’s health began to deteriorate in retirement, some of which was attributed to the physical toll his working years had on his body, Hodge said.

In his latter days, K-9 Nico had arthritic hips and joints which severely hampered his mobility, and he was also diagnosed with kidney failure.

D'Jango, K-9 shot in the line of duty, is now going home