The Georgia senator also brought up the shooting death of Breonna Taylor. 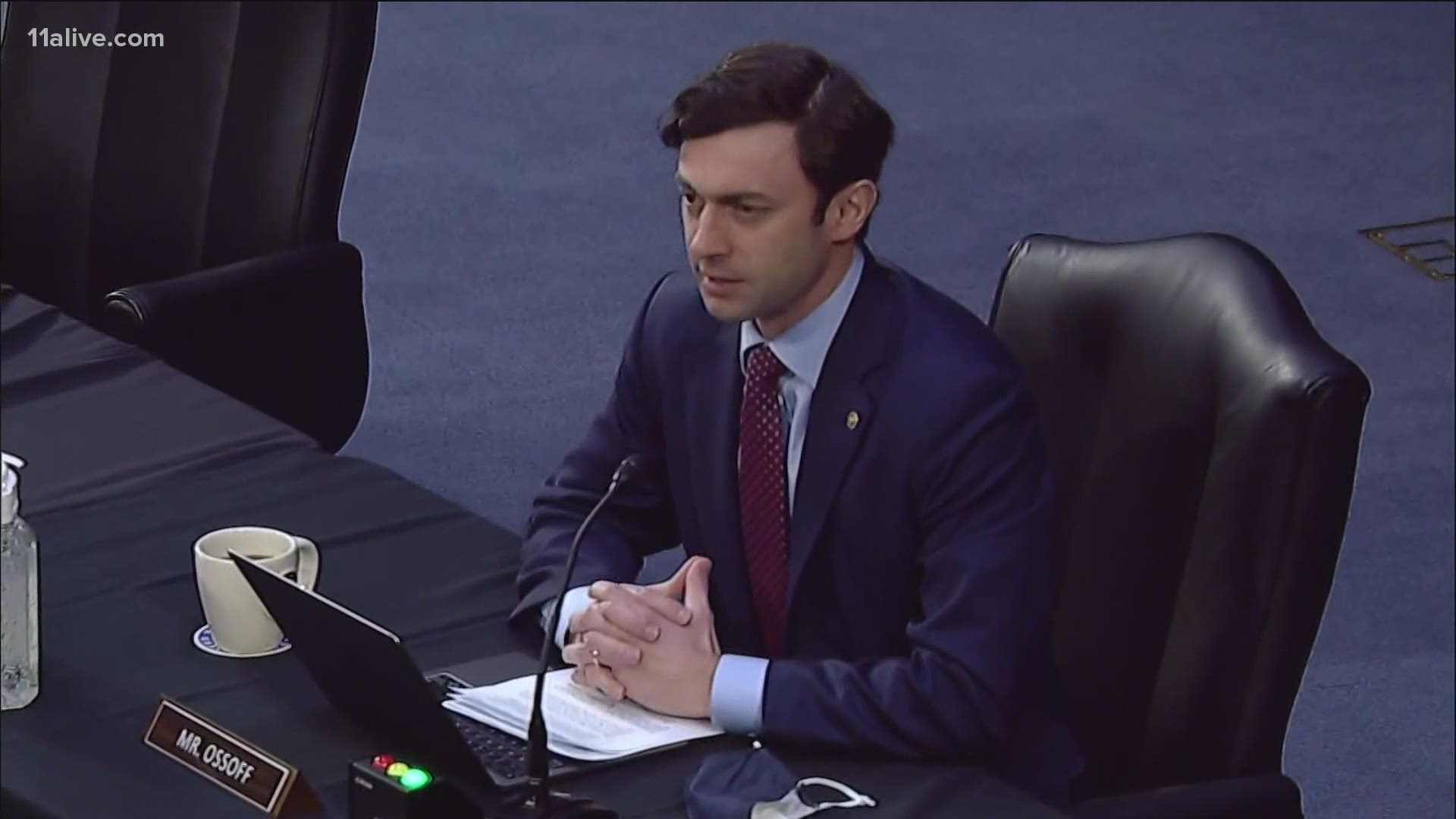 ATLANTA — FBI Director Chris Wray, in his first public appearance before Congress since the deadly Capitol attack two months ago, answered questions about the agency's handling of the riots and a handful of other topics on Tuesday.

Wray has kept a notably low profile since the Capitol attack. He has, though, briefed lawmakers privately and shared information with local law enforcement.

Georgia Sen. Jon Ossoff, who was recently named Chairman of the U.S. Senate’s Permanent Subcommittee on Investigations, took time to ask Wray about violent crime in Atlanta after 10 people were shot on Sunday alone.

"There's been a significant increase in shootings and violent crime nationwide over the last 18 months. There were at least 10 people shot in Atlanta, Georgia on Sunday," Ossoff said. "What does the FBI assess is driving this crime wave?"

Wray replied and said he was following the same trends - with concern to not just Atlanta - but across the country.

He attributed the pandemic as a possibility for the spike, challenges of local police departments being understaffed and a variety of other drivers that have contributed to it.

Wray called it a "great concern" and that the agency is keeping an eye on it.

Ossoff said the shootings in the capital city on Sunday, and the the increase in violent crime, is "of grave concern to Georgians."

He specifically asked Wray if he would work with his office to refine the assessment of the drivers of this violent crime wave.

The FBI director agreed to do so and commended Ossoff for taking such interest in the crime in Georgia.

Wray is also from Georgia. He joined the government in 1997 as an Assistant United States Attorney for the Northern District of Georgia. In 2001, he moved to the Justice Department as Associate Deputy Attorney General and Principal Associate Deputy Attorney General. In 2017 former President Donald Trump nominated Wray to be the next Director of the FBI, replacing James Comey, who was dismissed by Trump the month prior.

Ossoff also brought up the Breonna Taylor incident. The 26-year-old woman was shot and killed in her home by Louisville Metro Police Department officers in March, as the officers were executing a warrant at Taylor's apartment as part of a drug investigation.

RELATED: Everything we know about the Breonna Taylor case

"There's obviously been deepening and grave concern about equal justice, due process, the extent of brutality, harassment, discrimination faced by Black Americans in the criminal justice system growing over the last year given incidents such as this one," the senator said.

He asked what resources field offices would commit to these types of investigations.

Although he could not comment on the case specifically, Wray said his office is pushing forward "color of law" cases through their civil rights division. He also discussed training and outreach to state and local police departments so they understand "where the lines are."