Atlanta Police believe Joshua Dowd was hit in the hit with an object, leading to his hospitalization 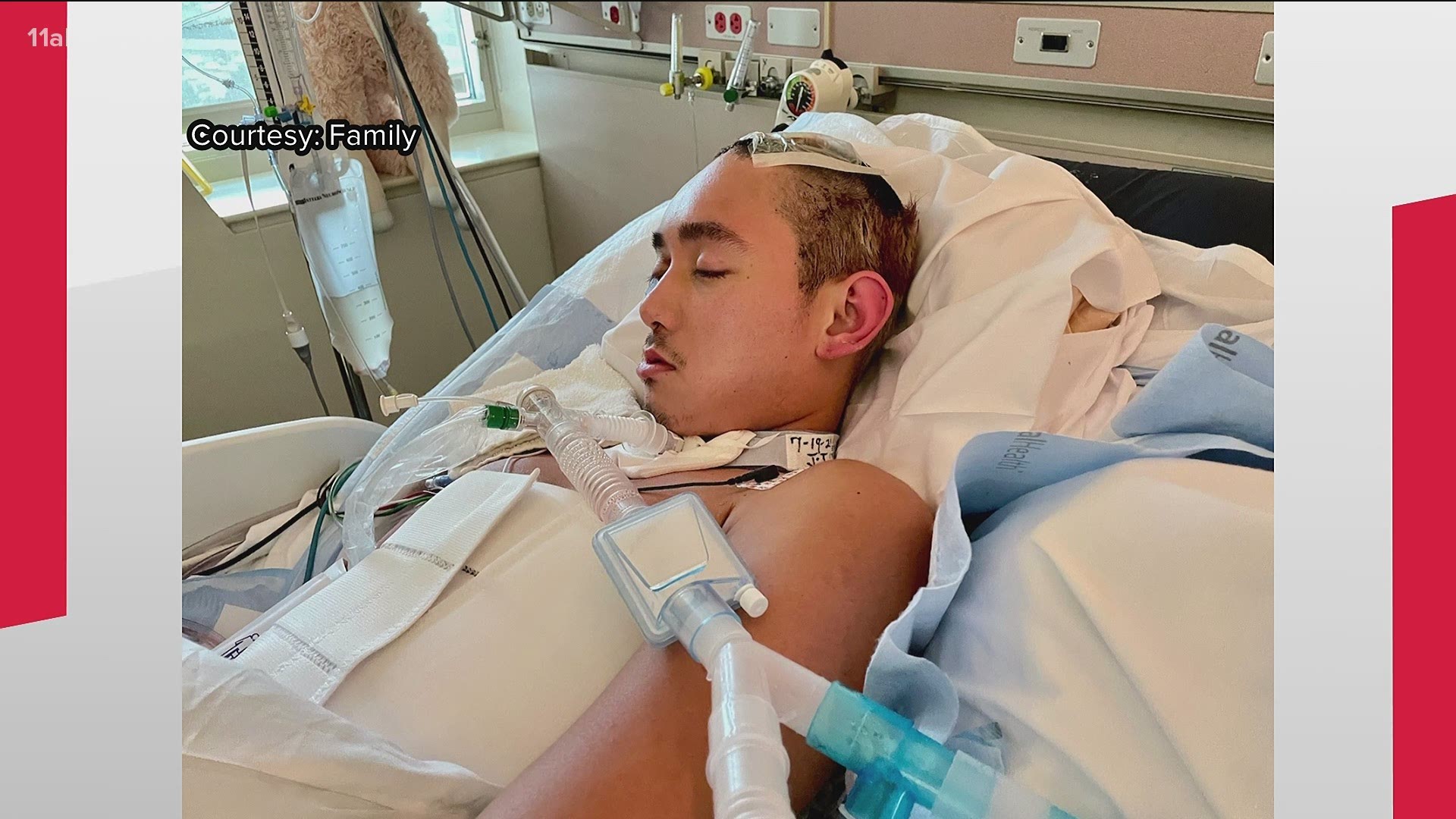 ATLANTA — Once deemed a non-crime or miscellaneous incident, Atlanta Police are now treating the case involving a man found unconscious on railroad tracks near Buckhead as an aggravated assault.

Police believe someone hit Josh Dowd in the back of the head and left him knocked out on the ground.

It happened July 11, near Lakeshore Drive. Dowd, 28, was found with a severe head injury, bleeding and barely breathing. His partner, Colin Kelly, said while in Grady Hospital, Dowd has fought off fevers and infections in the fight to overcome potentially critical brain damage.

“I have to look at that wound every day I go in and visit Josh," Kelly said. "Thankfully, overall he’s healing and he looks so much better than he did ten days ago.”

Kelly said since the incident, Dowd was taken off a ventilator, his vitals have greatly improved, and he is able to partially move his eyes.

"I can’t imagine how many tens of hundreds of thousands of people have shared prayers that have gotten us to this point," Kelly said. "We’re going to fight to make sure that charge isn’t upgraded to anything else. We’re going to keep him fighting and alive. He’s going to wake up and make a full recovery thanks to all the love and support he’s been shown.”

Investigators with Atlanta Police continue to comb through surveillance footage from Dowd's last known locations before he was found on the train tracks: X Bar Midtown, Heretic and BJ Rooster's. Detectives were able to obtain surveillance video from the businesses and surrounding area to try and identify people who were with Dowd early on July 11.

"I understand a few people have come in to talk with police," Kelly said. "Others are scheduled to, and others are trying to make contact with those folks. They want to understand the timeline, who was there, and video surveillance is so helpful in understanding what that picture looked like."

Dowd's recovery could take several months, but Kelly is confident in the support received from the community. An online fundraiser had met its goal of collecting $100,000 to pay for medical bills. Kelly said his partner of three-and-a-half years was also able to breathe on his own for the first time since the incident.