"On behalf of our family we love you and we thank you," Joshua Harmon's aunt said, thanking authorities for their work in the case. 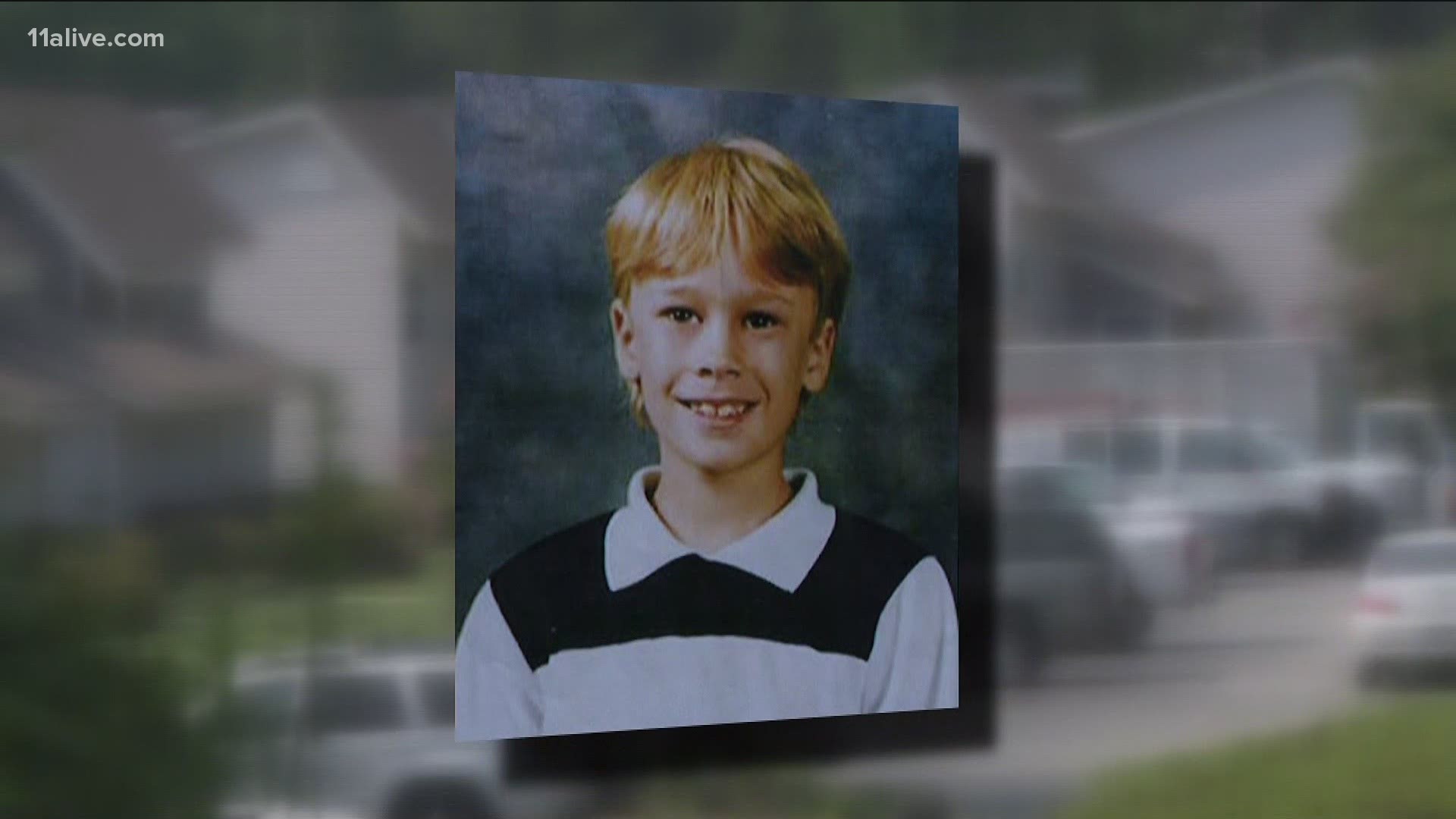 ROSWELL, Ga. — The aunt of an 8-year-old boy who went missing and was found dead over 30 years ago said their family is "forever indebted" to the officials who helped arrest and charge a man with being responsible for his death.

The major break in the 1988 cold case was announced Thursday afternoon, decades after Joshua Randall Harmon went missing from his Roswell home on May 15 of that year. He was later found dead in the woods, beaten and strangled.

"These bulldogs that got through everything worked for 33 years to solve this for our family. We are forever indebted to all of you. You're amazing people and every one of you have big, beautiful hearts," Joshua's aunt Marlene Carlisle said, visibly emotional in a press conference interview.

"My sister never gave up. Never gave up. She kept going. She made that phone call every few years to the point of probably bothering some people, but she was willing and able to do it and I know she's smiling down on everybody here today," she said.

According to an obituary, Cherie died in October of 2020, never living to see her son's accused killer be brought to justice. Carlisle said the 33-year-old cold case findings are "bittersweet."

"It's bittersweet for us. We wish Cherie could be here, but we also feel that she and Josh high-fived and said, 'We're going to help and we're going to get everybody through this and help these ladies and gentlemen come to this conclusion'," she said.

During the press conference, police said the case was cracked by exhuming Josh's body to gather DNA evidence.

"Josh was an amazing young boy who had an uncanny relationship with nature and with God. So I know where he is and I know he's at peace," Carlisle said.

Roswell Police confirmed that a SWAT team arrested a man in the back of an Uber in Roswell early Thursday morning. He is now charged with the murder of Harmon. Police said the suspect was previously serving time for child molestation and was recently released.

"On behalf of our family we love you and we thank you," Carlisle said.