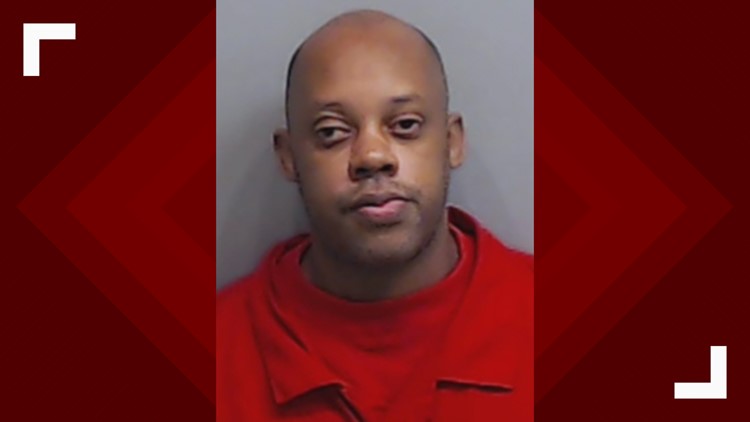 Photo by: Fulton County Sheriff's Office
Kristopher Roberson has been sentenced to life in prison plus 15 years for the 2014 kidnapping and rape of a woman behind an Atlanta church.

ATLANTA — A Fulton County judge sent a 38-year-old man to prison to spend the rest of his life behind bars for the 2014 kidnapping and rape of a woman behind a church in Atlanta's Pittsburgh neighborhood.

According to a release from the Fulton County District Attorney's office, the victim was walking along Smith Street in Atlanta after leaving her aunt's house on August 8, 2014, when a gold Jeep pulled up alongside her. The convicted man, Kristopher Roberson, jumped out with a pocket knife in his hand.

The DA's release said Roberson forced the victim into the Jeep and drove to Mt. Moriah Primitive Baptist Church, which is also along Smith Street. He parked his vehicle in a parking lot in the rear of the church and ordered the victim to climb into the rear seat.

According to the District Attorney, Roberson proceeded to rape the victim while continuing to hold the knife in his hand.

The victim was able to unlock and escape the Jeep, and run away, according to the release. Roberson drove away in the Jeep.

After she ran off, the victim knocked on the door of a nearby home in an attempt to get help. A retired police officer who lived in the area heard the knocking and went outside to investigate.

The DA's release said the retired officer found the victim and called 911. A BOLO alert was issued for the Jeep, which was spotted by Atlanta Police a few blocks from the crime scene. Roberson was arrested.

A judge gave probation to a bus driver who admitted to rape. Now thousands want the judge removed.

After a sexual assault kit was performed on the victim, Roberson's DNA was discovered.

Additionally, Roberson had been previously convicted of an aggravated assault with intent to rape in a Bibb County incident that occurred a few days prior to the Atlanta rape. Bibb County officials were able to use DNA collected from the Atlanta rape to identify Roberson as the suspect in their case.

Fulton County Superior Court Judge Henry Newkirk has since sentenced Roberson to a total of life in prison plus 15 years on the five counts for the Atlanta rape.