12 years after the college student disappeared from a nightclub in Gwinnett County, the mystery surrounding the then-19-year-old deepens. 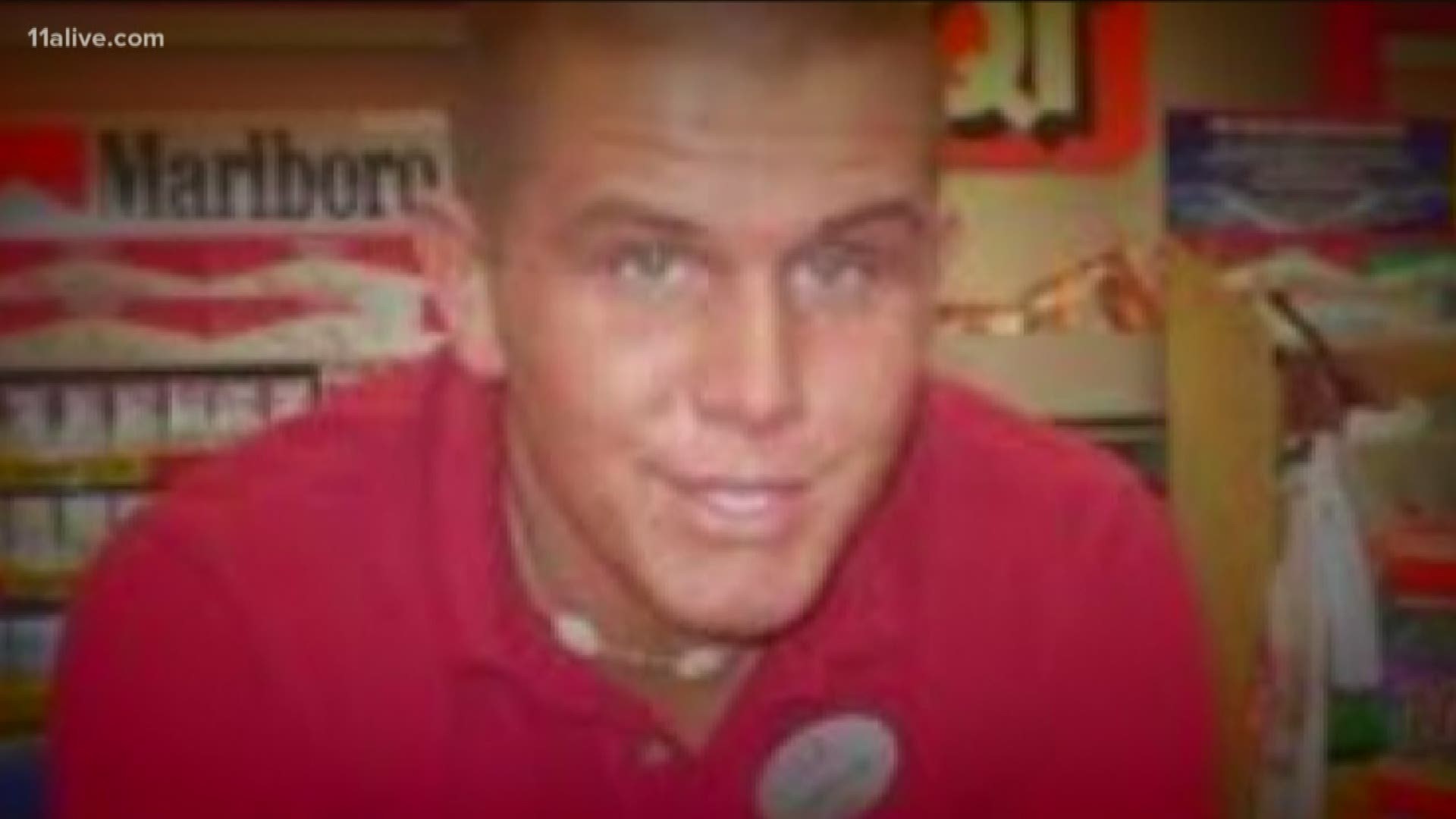 “That night it was Thirsty Thursdays, I think they called it,” remembers Chief Deputy Luis Solis with the Gwinnett County Sheriff. “So it was almost like 3,000 people there.”

Justin Gaines, a student at then-Gainesville State College, was doing what young people do: having fun. He was seen at the nightclub throughout the evening. He was wearing a diamond stud earring and flashing some cash.

But at closing time, around 1:30 a.m., Justin meandered out of the club and made a few calls to friends to see if someone could pick him up. No one could.

“They pick him up on surveillance camera and that’s the last they see of him,” Solis said. “He fell off the face of the earth.”

Photos | Justin Gaines has been missing for 10 years

Justin’s next moments and hours are a mystery. One that deepens every day for his family. It became especially hard this summer when news of human remains found near Lake Lanier raised their hopes for closure.

“It’s hard. It’s wearing,” said Erika Wilson, Justin Gaines’ mother. “Every time we hear something about skeletal remains, it makes your mind run and wonder and relive everything you’ve heard over the years.”

The Georgia Bureau of Investigation is testing the remains for a DNA match, but have made no determination yet.

What happened to Justin Gaines? The theories

Investigators have interviewed dozens of people in Justin’s case. They’ve followed up on leads that have taken them to other counties. While they won’t reveal all of the information, they do have a working theory.

Investigators believe Justin’s diamond earring and cash attracted the attention of the wrong person. When he left the club at 1:30 a.m. and couldn’t find a ride home, investigators think someone - possibly a blonde woman - lured him into a car.

From there, the working theory is they took him to a house in Snellville where they robbed and killed him. Next, the killer or killers dumped Justin’s body in Lake Lanier, but it floated up a few days later. The suspects then took him to another county where they dumped the body in a well.

1 / 5
Investigators are following a tip that the body of Justin Gaines may be in a well in Walton County.

“There are different theories,” explained Chief Deputy Solis. “The hard part about the theories … are they credible?”

Three departments are working in tandem on Justin’s case: Gwinnett County Police, Gwinnett County Sheriff and the investigators from the Gwinnett County District Attorney’s office. As with any cold case, law enforcement holds information back from the public and press. This helps them ferret out false leads.

One such false lead came from Dylan Glass, who’s in prison for unrelated charges. He told investigators he had information about Justin’s murder. In fact, Glass said he took Justin’s diamond earring and assaulted the teen, but he did not kill him. However, when police pressed him to reveal the location of Justin’s body, he could not. Despite that, Justin’s mom thinks Glass knows something about her son’s final moment.

“He could be lying of course,” Wilson said. “It’s a name I’ve heard from day one. The rumors that he told someone he killed Justin. He said that before I reported Justin missing. So that’s something that sticks in my mind.”

MORE: Inside the body farm

“We’ve interviewed people who know more than they should,” Solis admitted, when asked if he believes they’ve already spoke to the killer or killers.

Wilson said she’s even thought about going to see Glass in jail.

“Maybe he has a heart, if I would go see him,” said Wilson, breaking into tears. “What do we have to lose at this point? It’s been a long time.”

A $25,000 reward is being offered for information leading to an arrest. Tipsters can also remain anonymous if they prefer. If anyone has information, contact Crime Stoppers or the Gwinnett County Sheriff.