The announcement was made this morning at the State Capitol. 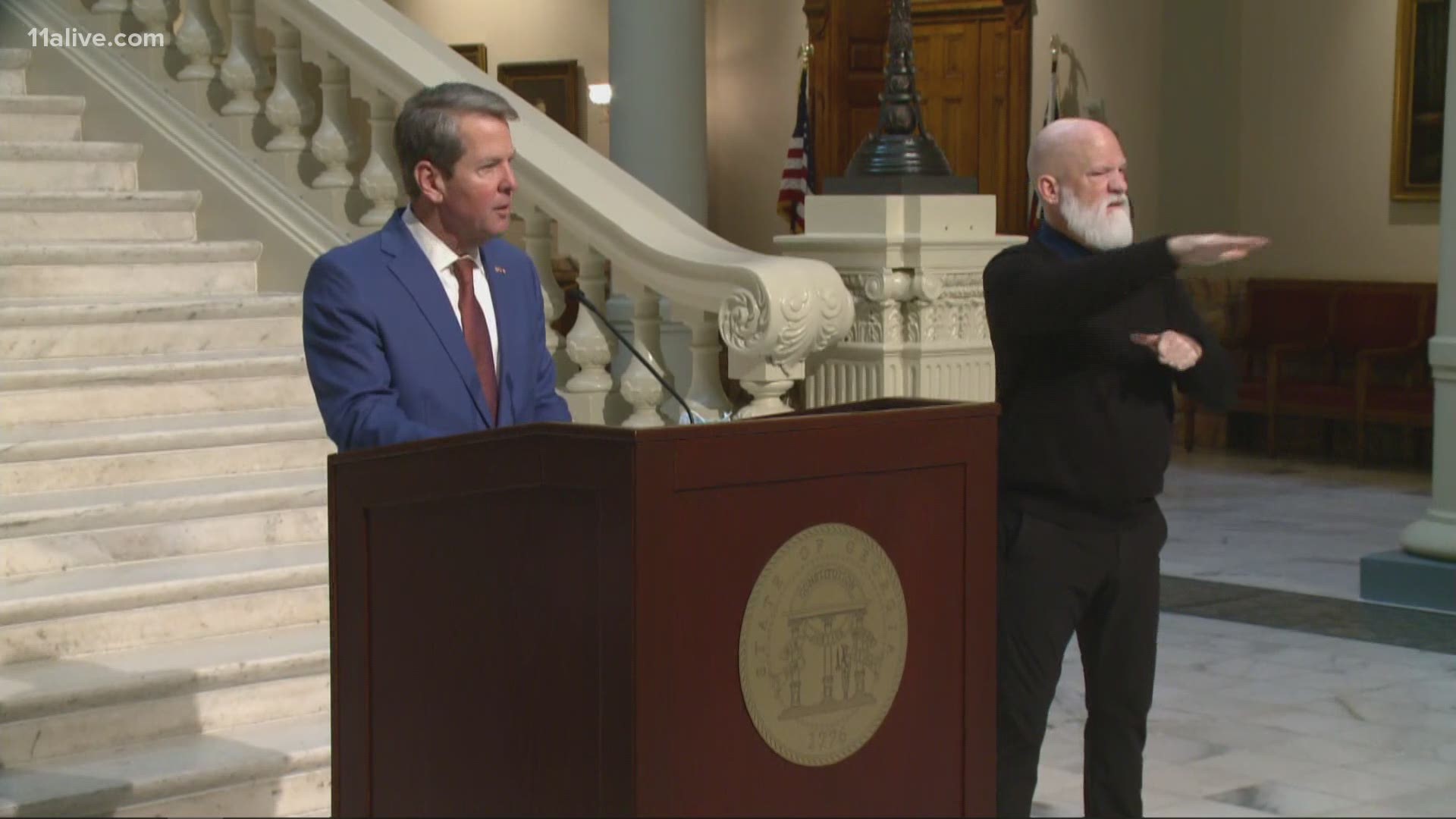 UPDATE: The press conference has concluded. You will be able to re-watch it in full shortly in the video player above.

The governor has made combating human trafficking a signature issue of his administration.

The GRACE (Georgians for Refuge, Action, Compassion and Education) Commission, headed by the first lady Marty Kemp, has been a central pillar of that effort, identifying areas where the state can take steps to improve the situation.

According to a release, Gov. Kemp, the first lady and members of the GRACE Commission will be on hand for the announcement Monday of new anti-trafficking legislation.

The announcement will be made at 10:30 a.m. at the State Capitol.

GBI Director Vic Reynolds and state Senate Speaker Pro Tempore Jan Jones will also be among those on hand.

The event will be livestreamed on the first lady's Facebook page at www.facebook.com/MartyKempGA.