Witnesses said it looked like he flew through the intersection and "picked out" the woman's car before crashing. 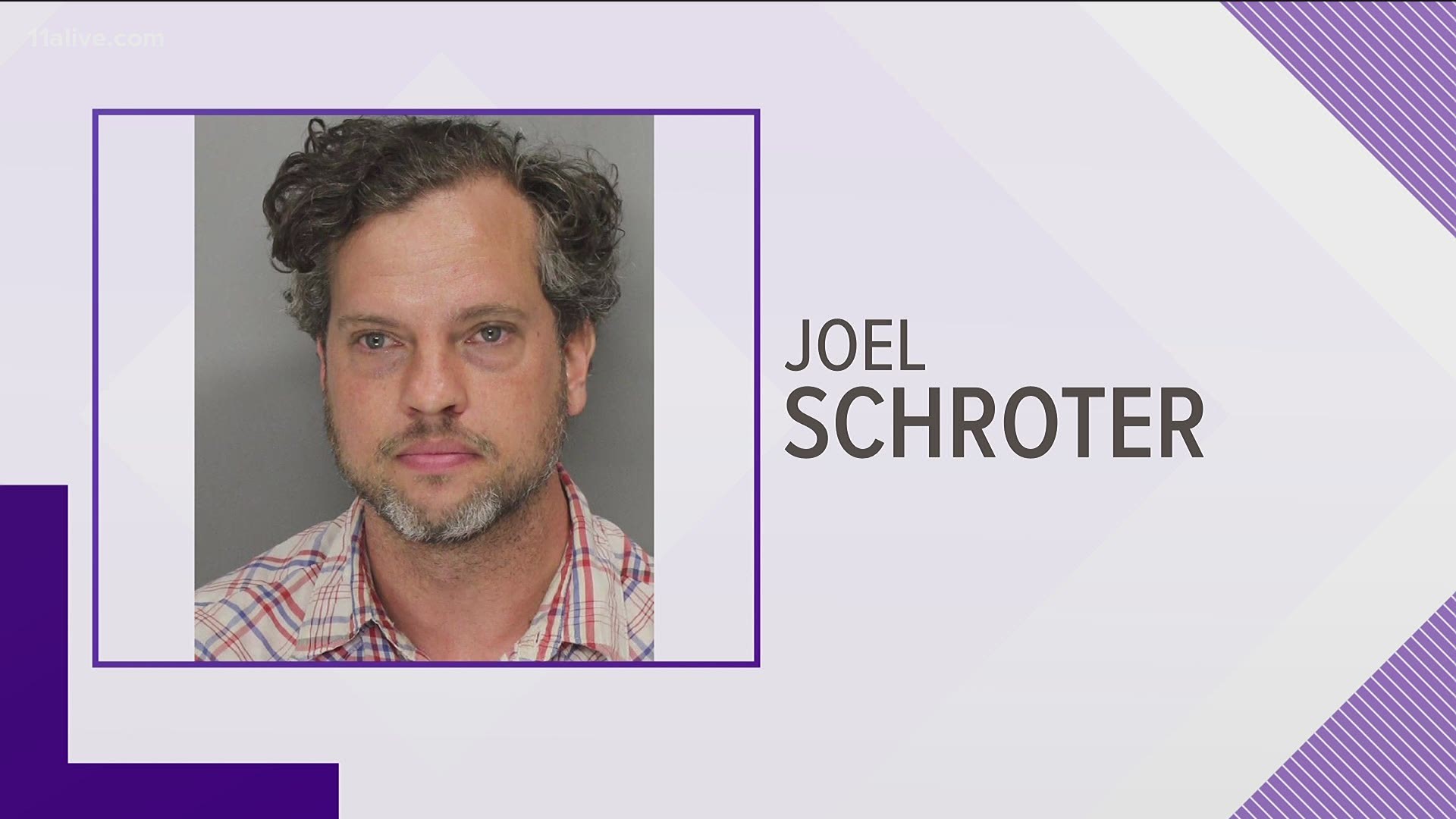 KENNESAW, Ga. — A high school teacher is facing several charges after was accused of intentionally causing a crash at a busy Kennesaw intersection while under the influence.

Joel Schroter, 43, was arrested last week off Barrett Parkway by the Kennesaw Police Department. Schroter, who was booked into the Cobb County Jail, is listed as the orchestra director at Kennesaw Mountain High School.

According to a police narrative, an officer already on another call spotted several cars stopped in the intersection.

The report said a man, identified as a member of a fire department, came up to the officer's patrol car yelling for him to "get that man with the red shirt."

The officer said he saw the person the man was pointing to, identified as Schroter.

According to the narrative, the 43-year-old began galloping and flailing his arms before exclaiming, "thank you God!" and giggling.

Several officers who arrived as backup asked Schroter to sit on the ground, but police said he continued laughing, smiling and speaking about God. At one point, the officer's narrative said the teacher exclaimed that "this was done in love."

Officers had to take Schroter to the ground before handcuffing him because of his refusal to acknowledge commands, police said, during which he reportedly said he was "riding the wave ... It was out of love. ... you're meant to be here folks!"

At this point, officers said a woman approached them holding her infant daughter in tears saying, "he almost killed us! He tried to kill my baby!" then described to officers how Schroter reportedly jumped from the car after the crash and screamed that it was intended and a sign from God.

Witnesses to the crash backed up what happened and gave officers video of the aftermath of the crash. They added that it looked like Schroter flew through the intersection and "picked out" the woman's car before crashing.

Schroter and the other victim were taken to the hospital to be checked out. Schroter was later booked into the Adult Detention Center and charged with driving under the influence of drugs, including LSD, cocaine and others, driving too fast for conditions, failure to maintain his line, reckless diving and obstruction of a law enforcement officer for when they had to pick him up and carry him to the car, all of which are misdemeanor charges. He also faces one felony count of aggravated assault for using his car as a deadly weapon, according to a warrant.

In a statement, the Cobb County School District said it was aware of arrest of  a Kennesaw Mountain High School teacher, but declined to comment further.

"Due to privacy restrictions, the District cannot provide additional information during an ongoing investigation," it said. "We will act in accordance with any relevant District policy upon the conclusion of the police investigation."