"Suspect has been apprehended and there is no threat to either KSU campus," they said in an alert to students. 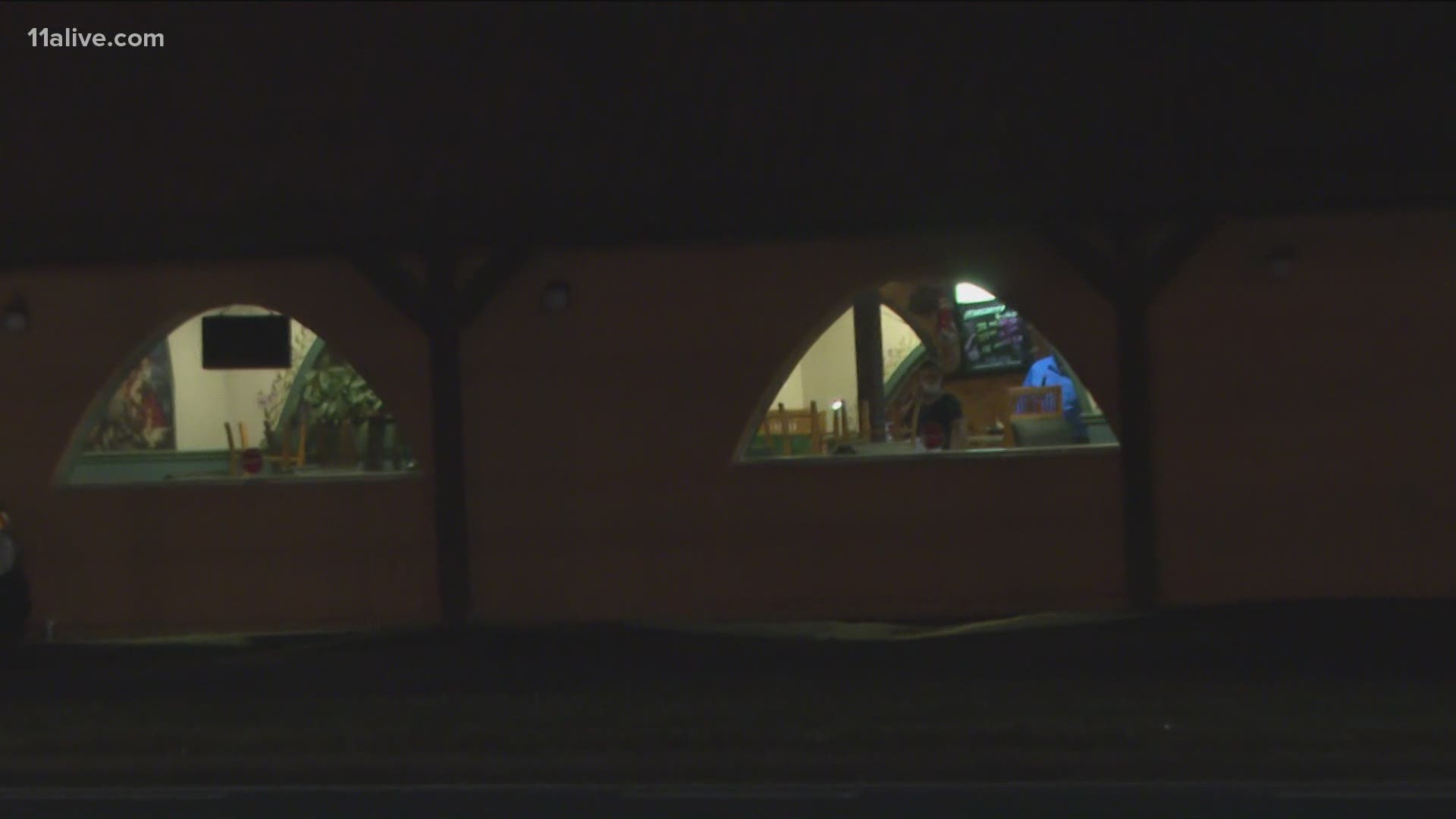 KENNESAW, Ga. — A man who fired a handgun inside a restaurant in Marietta caused a scare on the Kennesaw State University (KSU) campus Sunday afternoon.

Police say the incident started at El Ranchero Mexican Restaurant near South Marietta Parkway and Cobb Parkway South at around 2:30 p.m.. After he fired his gun, striking and killing a woman, he ran from the scene.

Marietta Police officers arrived within approximately one minute, they said, and found a female victim, identified as 43-year-old Janice Ross with a gunshot wound to her neck. She died on the scene.

Police are still unsure of the relationship between the suspect, now identified as Jose Lemus-Maldonado, 50, of Duluth, and Ross.

Lemus-Maldonado was taken to WellStar Kennestone Hospital for minor injuries related to the apprehension. He was subsequently booked into the Cobb County Adult Detention Center charged with felony malice murder.

The KSU Emergency Management department alerted its students and said an "armed intruder" was at the university's Marietta campus.

"Seek shelter in a secure location until further notice," they said at around 2:40 p.m. on Twitter and in an alert to students.

Marietta Police notified Kennesaw State police of the shooting near the university's Marietta campus, according to a spokesperson.

KSU Alert: All Clear. Suspect has been apprehended and there is no threat to either KSU campus. Please resume normal operations.

At nearby Life University, they were also asking students to shelter in place. The campuses are about a quarter-mile from one another.

"Suspect has been apprehended and there is no threat to either KSU campus. Please resume normal operations," KSU said on Twitter about an hour after the incident.

It was in fact, on the Marietta campus, a school official confirmed.

Return to 11Alive.com for updates on this story.