Arrest made in shooting death of rapper King Von

Timothy Leeks is one of multiple arrests but the only one currently charged with murder in the rapper's death outside a downtown Atlanta lounge. 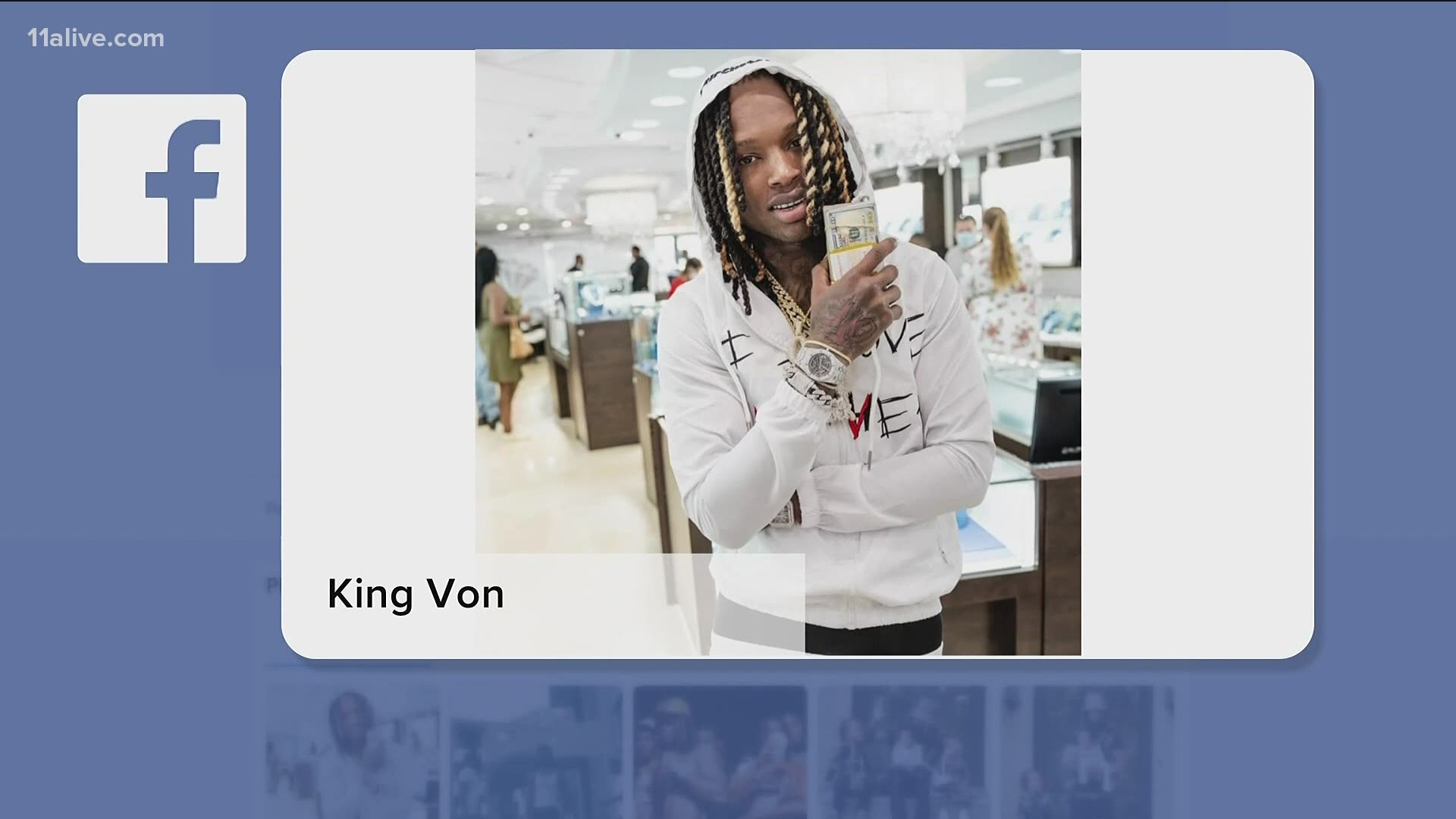 Police said on Saturday afternoon that 22-year-old Timothy Leeks was hospitalized due to a gunshot wound but is already considered to be in police custody.

The arrest follows the shooting of Von and two others on Friday morning. According to Atlanta Police, off-duty officers were working an extra jo at Monaco Hookah Lounge, located at 255 Trinity Ave. when the incident occurred.

They said two groups of men started to argue with each other outside the lounge and the disagreement quickly led to gunfire between the two groups. One of the off-duty officers and an on-duty office who was in the area both confronted the gunmen resulting in more gunfire.

Police said they found three suspects with gunshot wounds who were taken to an area hospital for treatment soon after. Police said three other suspects left and were taken to the hospital by private vehicle. Only two were detained at the scene but police said charges are already pending against them with more expected. So far, police have only announced a murder charge for Leeks.

Ultimately, three of the people shot had died and three others were still receiving treatment.  Police later said that Dayvon Bennett, known as King Von in the music world, was among those killed. Police said Leeks' arrest closed the homicide investigation into Bennett's death.

Since the shooting, police have called in the Georgia Bureau of Investigation to handle the case. Atlanta Police also said that part of the investigation will include determining which people were struck by gunfire from suspects and whether any were hit by officer fire.

King Von's family and team described the upcoming recording artist as one to watch for and, as Complex Magazine reported in October, he had just shared his new album Welcome to O'Block featuring collabs with Lil Durk, Polo G, and Fivio Foreign.

“The 16-track release through Durk's Only the Family label and EMPIRE marked the follow-up to Von's Levon James project, which saw a No. 36 peak on the Billboard 200,” the outlet reported.