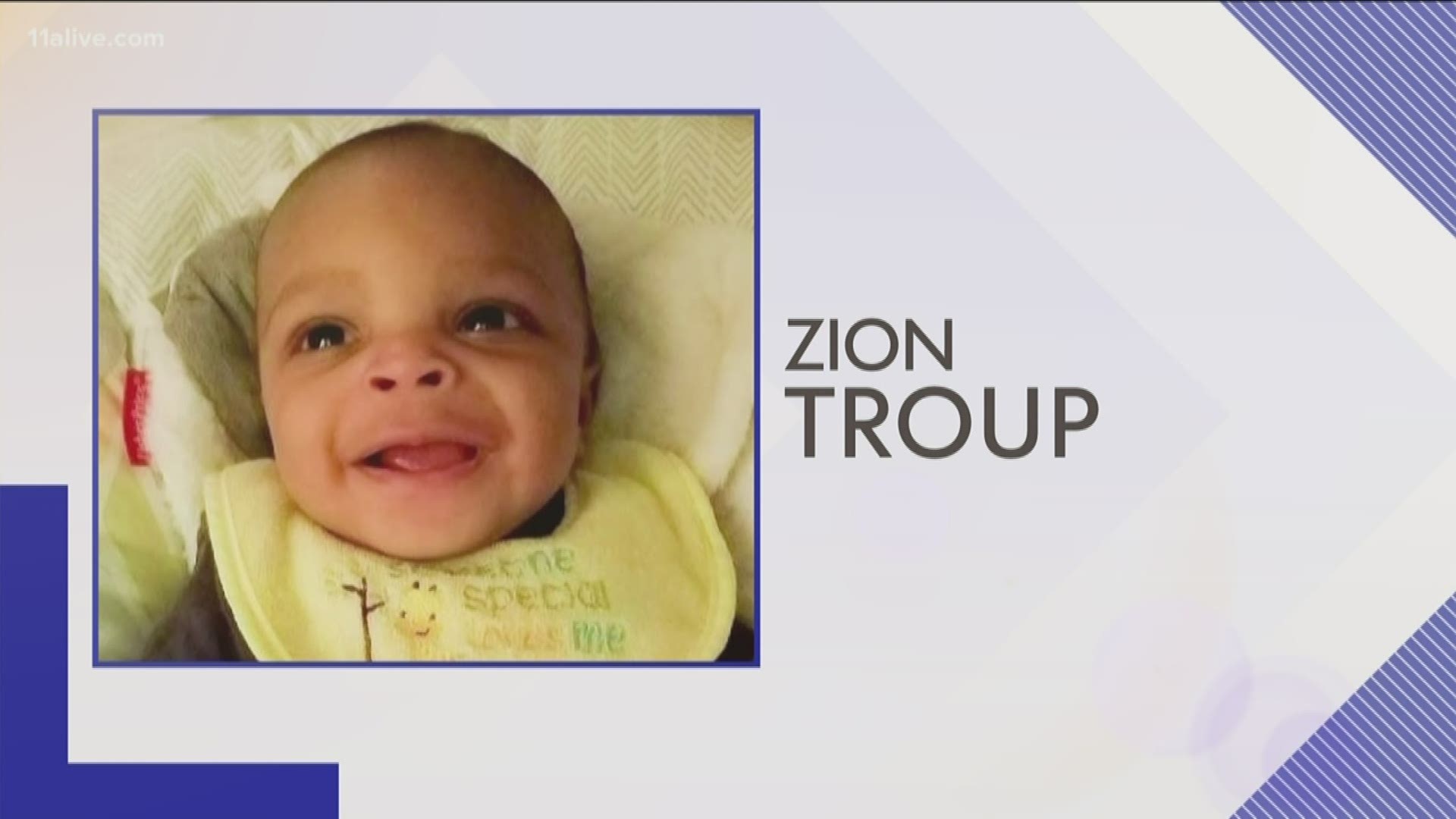 COBB COUNTY, Ga. — A Cobb County mother whose four-month-old son died by asphyxiation has been sentenced to prison.

Lalonie Vanessa Troup, 33, pleaded guilty on Aug. 2 to charges of involuntary manslaughter, cruelty to children in the second degree, three counts of heroin possession, and reckless conduct, according to the district attorney's office.

She was sentenced to 20 years, with 10 years to serve in prison and the rest on probation. She has remained in custody since January 2018 and will get credit for time served.

The cruelty charge stems from Troup’s heroin use while pregnant with Zion Kingston Troup, which resulted in the child being born drug addicted at WellStar Kennestone Hospital in July 2017.

Troup’s mother was awarded custody of the infant in November 2017 after Troup was discovered unconscious behind the wheel of a car at The Battery with Zion unrestrained in the backseat.

Troup was arrested at that time for possession of heroin, and Zion was taken into protective custody by detectives with the Cobb Police Crimes Against Children Unit.

Troup continued to test positive for opiates while being monitored by the Department of Family and Children Services, court documents show.

Despite being ordered to have no unsupervised contact with the child, on Dec. 1, 2017, Troup – who was staying at her mother’s residence on Sandtown Green in Marietta – took the baby from his bed in her mother’s room and put him in bed with her, placing him face down surrounded by blankets and pillows, resulting in his asphyxiation and death.

Infants should always be placed on their backs when sleeping, without items that could obstruct their airway, and Troup had received such parenting instructions from DFCS, the district attorney's office said.

Though Troup gave conflicting stories of how long Zion was in the bed and when he was last breathing, when EMTs arrived he was clearly deceased and no life-saving measures were attempted, court documents show.

“Zion had many people advocating for him from the time of his birth until the time of his death. Safeguards and orders were put in place to keep him safe, but Ms. Troup ignored them,” assistant district attorney Katie Gropper said. “This case is every child advocate’s worst nightmare and a heartbreaking example of the trail of destruction a heroin addict can cause.”