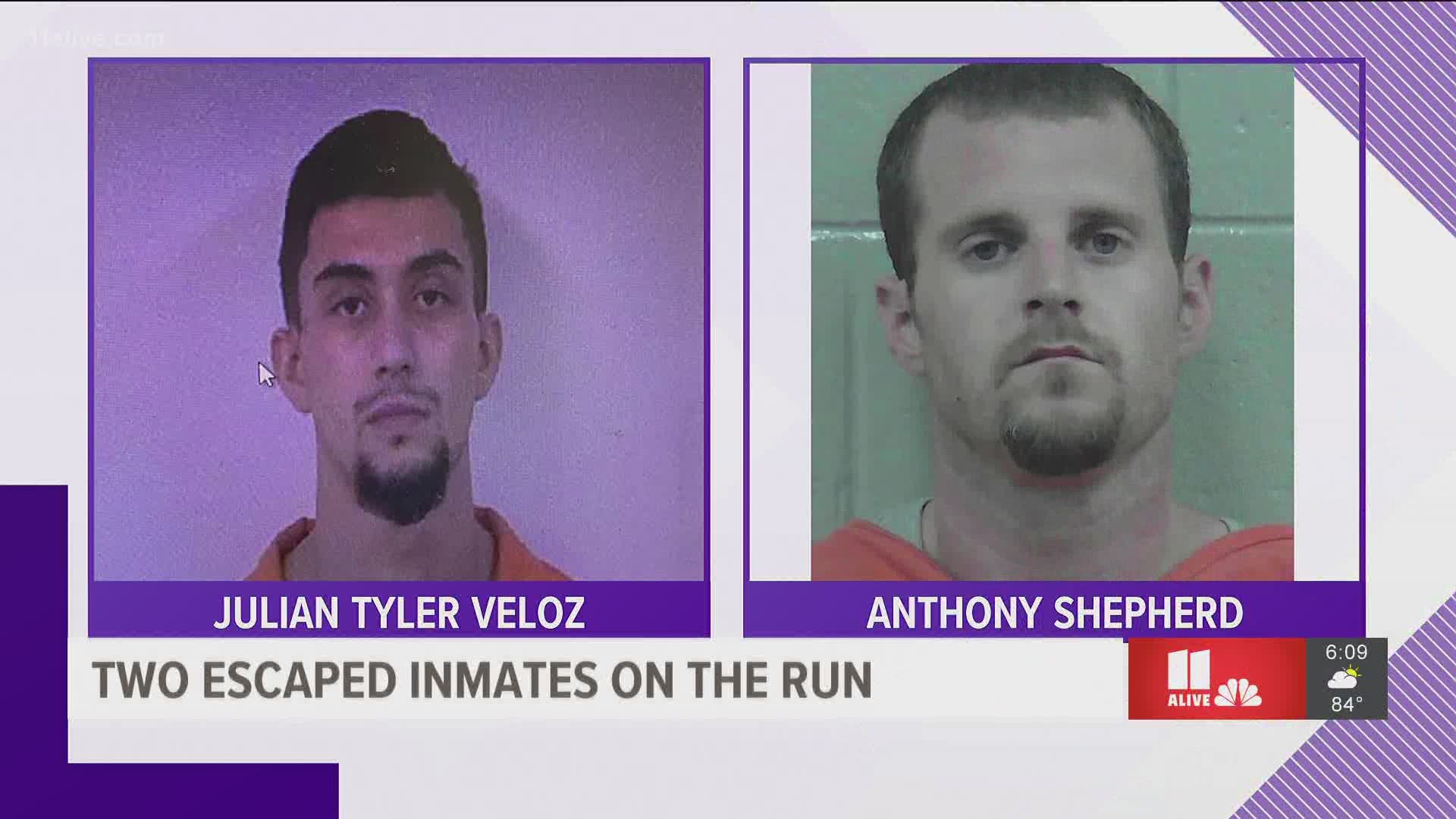 LAMAR COUNTY, Ga. — A Lamar County inmate is believed to be on the run after escaping outside work detail on Sunday and, the sheriff's office said, getting picked up by a car.

The Lamar County Sheriff's Office said they believed 23-year-old Julian Tyler Veloz was picked up "almost immediately after escaping" by what appears to be a small black sedan.

The sheriff's office said Veloz was in jail for theft by receiving stolen property and was awaiting trial, but does not have a history of violence. The sheriff believes he has left the area and headed to south Georgia.

"Lamar County Sheriff investigators will continue to work this case, until Julian is back in custody. Thank you for your assistance," a Facebook post said.

At the time he was believed to have been picked up he was still wearing an orange t-shirt and orange and white pants.