26 vehicles broken into within 2 hours at hotels, apartment complexes

The crimes happened between 2 a.m. and 4 a.m. within the unincorporated Lawrenceville area. 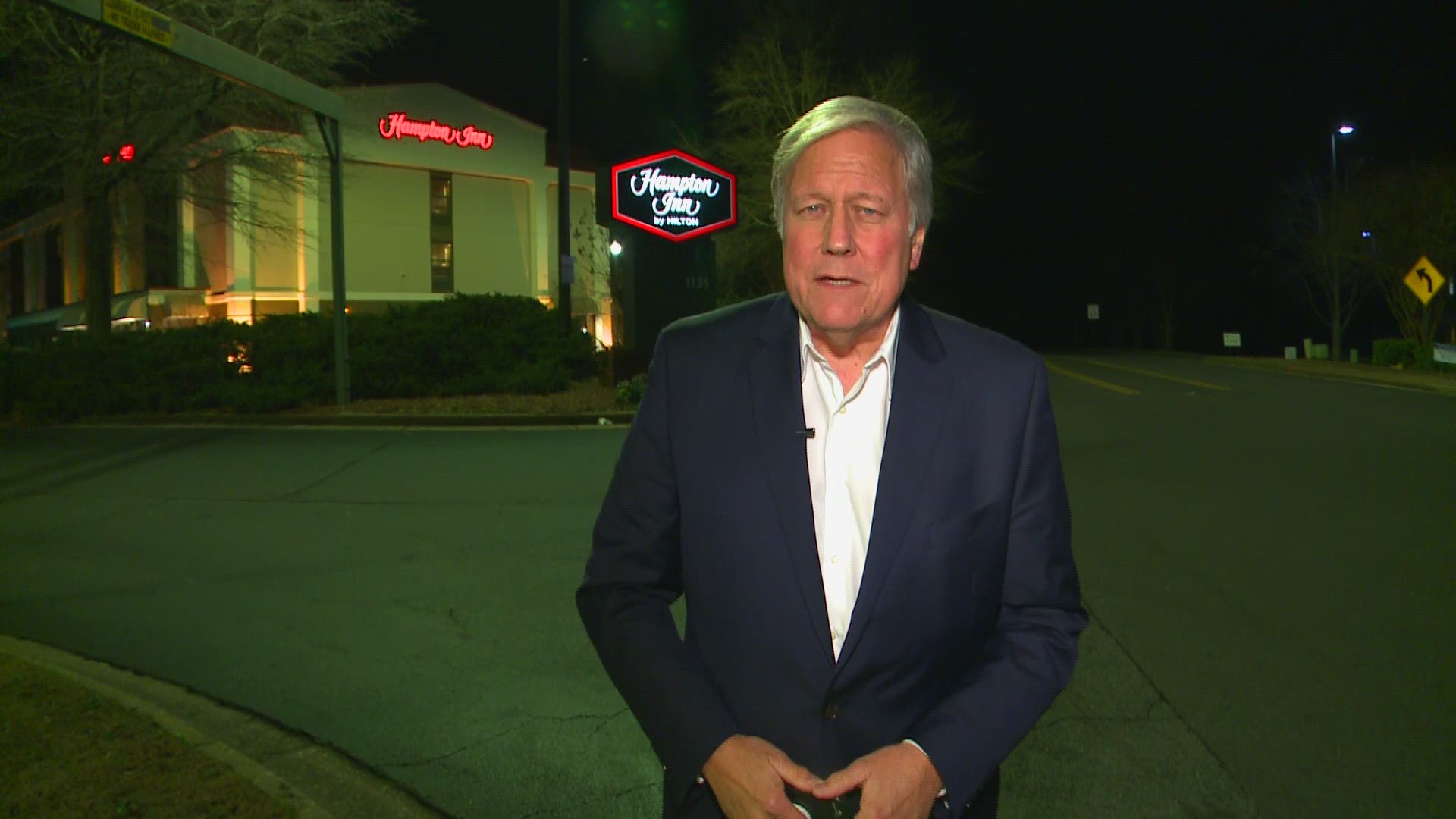 The crimes happened between 2 a.m. and 4 a.m. within the unincorporated Lawrenceville area.

Walden Alvarez was parked at a Hampton Inn off of Riverside Drive where he left his valuables inside his pickup overnight.

The suspects arrived at the locations in a black SUV, possibly a Jeep Cherokee, police said. The vehicle appeared to have blacked-out rims and a long sticker on the top portion of the rear window.

Witnesses and surveillance footage observed the suspects to be three black males. Two were wearing black jackets and the third was wearing a black hoodie. One had white tennis shoes and another had red tennis shoes.

The suspects got into the vehicles by smashing windows. The most common items stolen were wallets.

Credit: Gwinnett Police Department
Police say the suspect vehicle may look like this.

The incident locations were:

“This was a lot of incidences during a short period of time," said Gwinnett County Police Corporal Kathleen Adams.

Gwinnett Police used this opportunity to remind residents to remove valuables from vehicles.

"Please remember to remove valuable items such as purses, wallets, electronics and weapons from vehicles, especially when parked outside overnight," they said. "Having nothing visible may help deter the vehicle from being broken into."

"It's often times preventable," Cpl. Adams said. And if anyone sees the three men breaking into vehicles, "Please, Number One, do not engage the suspects. Call 911.  And be the best witness possible. Give a good description, whether it's clothes, vehicles, any information that our officers can use to help identify these suspects."

Walden Alvarez is as mad at himself as he is at the criminals.

If anyone has any information to share in this case, please contact GCPD detectives at 770-513-5300. To remain anonymous, tipsters should contact Crime Stoppers at 404-577-TIPS (8477) or visit www.stopcrimeATL.com.