Lawrenceville Police: Group forced restaurant employees to the floor at gunpoint, robbed them

Investigators said the suspects took phones, wallets, and jewelry from the victims. One suspect demanded keys and took a vehicle from the parking lot. 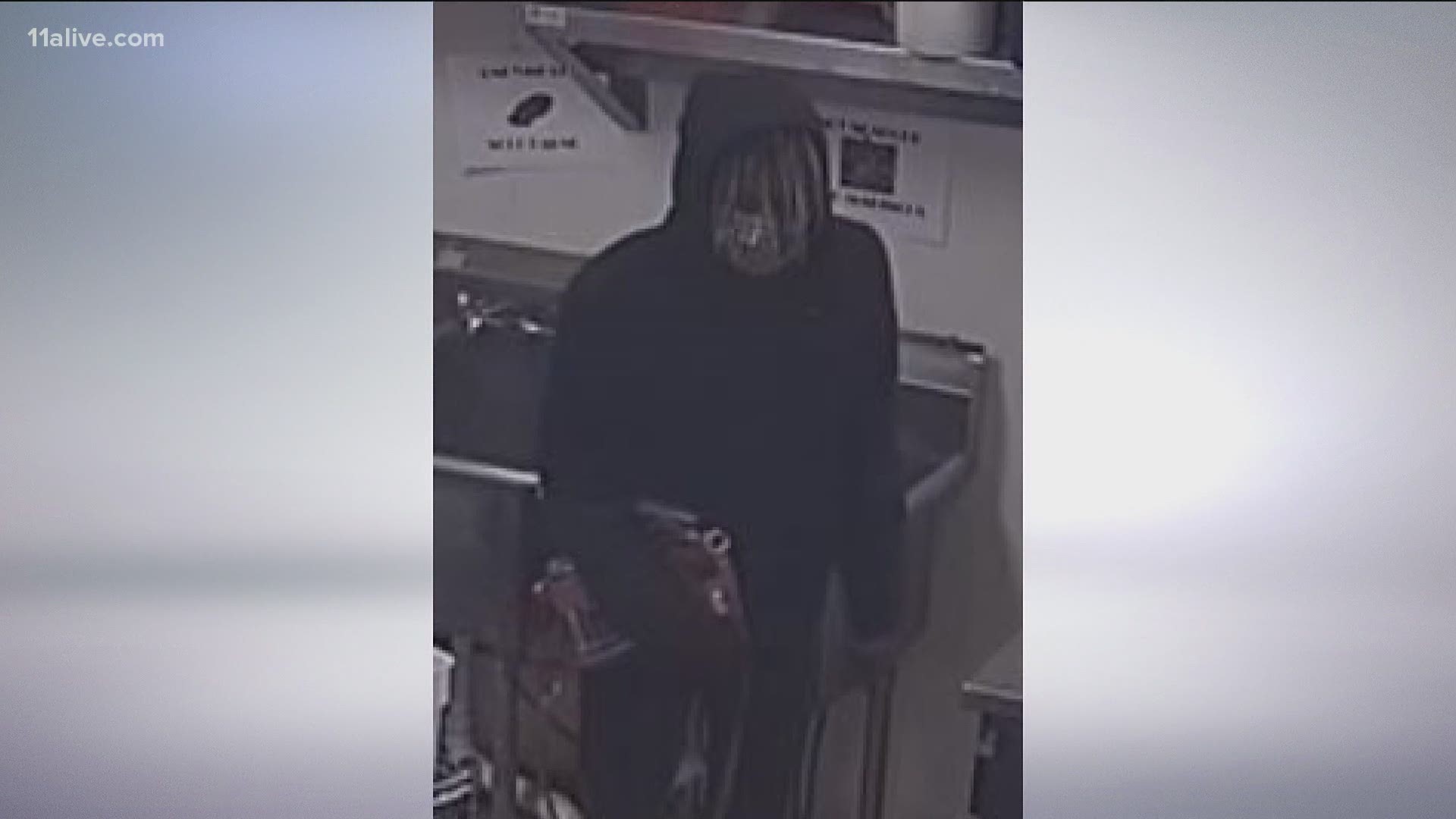 LAWRENCEVILLE, Ga. — Lawrenceville Police are looking for three people who they said forced restaurant several employees to the floor before robbing them at gunpoint late last month.

It happened at a restaurant on Hurricane Shoals Road on Sunday night, Jan. 24.

According to a release from police, just before midnight, officers responded to a call of an armed robbery at the Marisqueria Costa Pacifico restaurant in the 100 block of Hurricane Shoals Road.

According to police, 10 employees had been cleaning the restaurant when a group of three people parked a vehicle behind the building and entered the restaurant through an opened back door.

One of the suspects even demanded keys from one of the victims and took a vehicle that was in the parking lot, police said. That car was later recovered several hours later by Atlanta Police on Sidney Marcus Boulevard at Piedmont Road, they said.

Police looking for suspects who they said robbed restaurant at gunpoint

1 / 5
Lawrenceville Police
Police are searching for suspects who they said were involved in an armed robbery of a Lawrenceville restaurant on Jan. 24, 2021.

The person described as "Suspect 1" is described as a black male in his late 20s to mid-30s. He stands 5-feet-7 inches to 5-feet-9 inches tall and weighs about 150 pounds.  Investigators said he has short black hair and was wearing black pants with bleached spots, a gray zip-up hoodie, and a red-and-white plaid shirt. They said he also appeared to walk with a limp. That suspect was armed with a handgun, they said -- possibly a Glock.

The second person, identified as "Suspect 2" by police, is described as a black male in his late teens to early 20s. They said he stood about 5-feet-11 to 6-feet-1, and he was wearing black pants and a black hoodie. His hair, they said, was styled in blonde dreadlocks.

The third person police are searching for, identified as "Suspect 3," may be a black female, standing 5-feet-1 to 5-feet-4 inches tall. That person was described as being dressed in black clothing.

Anyone with information about the suspects described or who recognizes the individuals pictured is asked to contact Crime Stoppers Atlanta at 404-577-TIPS (8477) or online at StopCrimeATL.org.

Persons submitting information may remain anonymous and do not have to give their name or any identifying information to be eligible for a cash reward for the arrest and indictment of the suspects.